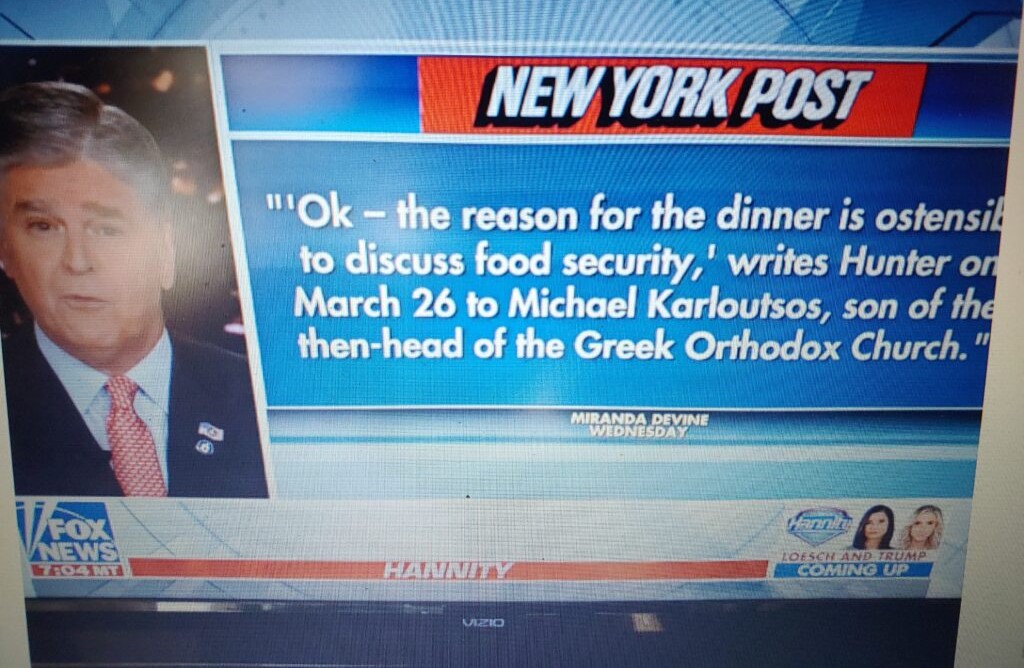 For over 18 months, since October 8, 2020, GOARCH is (supposed to be) running its business without a charter, a move that caused and still causes many questions, irregularities, and problems in an already “unsettled” flock of (the remaining) faithful.  We tried since the very beginning to shed some light on what has caused the suspension of the Charter and produced different scenarios (link here): a “pre-bankruptcy” move or a re-organization effort by eliminating the Metropolitans.

But the long 18 months since the suspension are forcing us to consider other avenues.  Especially suspicious was the announcement a month ago that “there was no time for the formation of the new charter” and so it would be postponed for another two years for the C-L Congress of 2024!! Yes, my friends, so simple, no fanfare, no problem at all!! Another two years without a charter is no problem for our so-called “leaders” here and in Turkey…

I hypothesized in earlier posts that the Archbishop may have to change his plans since his ascension to the Patriarchal Throne does not seem likely anymore.  No matter who is elected as Patriarch (Emmanuel or Demetrios or whoever else) the Archbishop would have to make his presence in America his main “career” and for that to successfully happen he would have to follow in the footsteps of AB Iakovos towards the independence of the Church. In case Metropolitan Emmanuel is elected as Patriarch there would be such animosity and “bad blood” between the two that any cooperation is unimaginable.

I have suggested several times in the past that “the path to autonomy” would be AB Elpidophoros’s only option in order to gain some traction in America: He is almost universally disliked, he is still a new immigrant in this land and has only a partial understanding of the American culture, he follows a novelist, “ecumenist” path that diverts from the principles of the Orthodox faith and he associates himself with the leftist ideology which is overwhelmingly rejected by the faithful. But, with all the above in mind, we still do not have a good enough reason for the delays in forming a new Charter.  Charters can always change and four years without a charter is not a normal situation by any means.

Then there is the issue of the “questionnaire on the new charter” which caused quite an uproar among clergy and laity.  We were the first to reveal the huge issue the questionnaire presented by including questions on the property of the parishes and suggesting that the ownership titles should be under GOARCH!! (This is quite “un-American” and could be rejected by Courts in most States.)  Also, as someone who has relative expertise in questionnaires (because of my graduate studies), I pointed out very early the lack of professionalism in the formation of the particular questions.  In recent weeks and months, it seems that the clergy associations of Chicago (please read their letter below this post) and Boston, with letters to the Archbishop, picked on this and other points and expressed their disappointment in a mild but unmistakable way. Also, I heard from numerous “respondents” to the questionnaire that the demand for autonomy of the church of America was overwhelming – even within the limited and controlled “sample” (initially only 80 people) who were allowed to answer…

All of the above could be explanations for the delays.  But as we are now entering the 5th (!!) year of the federal investigations (yes, two of them – one for St.Nicholas and one for GOARCH itself) into the finances of the Church we have to wonder whether the suspension of the Charter is related to this probe.  In other words, the violations of non-profit laws (both federal and state) by GOARCH operations were so many and so widespread that the investigators would have many reasons to revoke the non-profit status and even to shut down GOARCH.  It could be done through IRS – to mention just one avenue… If we believe (unofficial) announcements by GOARCH “the Church functions under the old charter”, but this is not how things work in America.

GOARCH tried to present the suspension as coming from Istanbul in a letter by the Patriarch that also included the “smokescreen” of punishments for two Metropolitans, Evangelos and Methodios.  A year and a half later this does not seem very convincing.  Instead, information from the whistleblower and other sources related to the investigations supports our suspicions: the federal investigations are likely the true reason for the charter suspension. And since these investigations continue (the new court date for the appearance of former finance director Jerry Dimitriou is in the coming October), the charter issue will delay even more…

To put it in another way, how would a new charter be formed, without knowing the results of the investigations?  Would any GOARCH charter be allowed to be formed without clear transparency and accountability measures? Would an authority (Patriarchate) 6,000 miles away, operating itself without ANY accountability, be recognized as enacting an “absolute rule” upon the Church of America? Would the formation of the new charter be left to the “Senators of Hellenism” (with Karloutsos as the …spiritual guide)? Karloutsos who is likely to be found personally responsible for many of the financial “irregularities”? Is this how to form a new Charter? 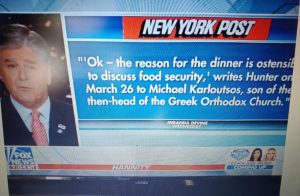 Finally, it is evident with a naked eye that the “noose” around the Karloutsos family is tightening (just their involvement with Hunter Biden in view of the recent explosion of “the laptop from Hell” story is enough to put them in a difficult spot  – not to mention the endless filings in the “Greek medical marijuana” case). Things will eventually be revealed.  But we would expect the “leaders” of this Church to take the initiative and reveal it to all of us.

Why do we have to learn the bad news from “the Police”?

CHICAGO CLERGY LETTER TO THE ARCHBISHOP

“Your Eminence, Archbishop Elpidophoros of America, Eminent Hierarchs of the Eparchial Synod, and Esteemed Members of the Archdiocesan Council, The Clergy Syndesmos of the Holy Metropolis of Chicago greets all in the name of the Lord! We write as a brotherhood today first to express our gratitude for allowing the clergy and lay leaders of the parishes we serve to participate in the Survey initially and only given to members of the Archdiocesan Advisory Committee on the Charter in the process of preparing a new Archdiocesan Charter. We believe expanding the input of any such survey can only lead to greater transparency expected by our faithful.
Yet this raises numerous questions about the survey itself and the need to pose such questions. The survey has been constructed in a manner that seems at times disjointed, ambiguous, and biased. Such problems are exacerbated by the inability to view the entire scope of the survey prior to providing thoughtful answers. Likewise, too many of the questions are presented as “either-or” for circumstances that likely require more nuance or options.
All this leads to the fundamental question, unrevealed to the faithful, as to why the previous Charter of our Archdiocese was placed in “abeyance.” Without understanding problems or criticisms of the Charter that led to a need for a new organizing of the Archdiocese, it is rather impossible to determine the need for changes to the former charter or creation of a new charter.
In the end, we do not find the ambiguities and biases of the survey helpful in cooperatively trying to chart a course for the future of our Archdiocese. We can affirm that as questions exist among our brotherhood, those among the faithful we serve are multiplied.
While the greater input in this process afforded to us and our faithful sisters and brothers is a good step, we pray that as this process continues such an expression of desired transparency also continue so that a Charter truly fitting for our Church into her next century can provide us the best opportunity to bring the Good News to a world in need of salvation.
Respectfully in Christ,
The Clergy Syndesmos of the Metropolis of Chicago.”