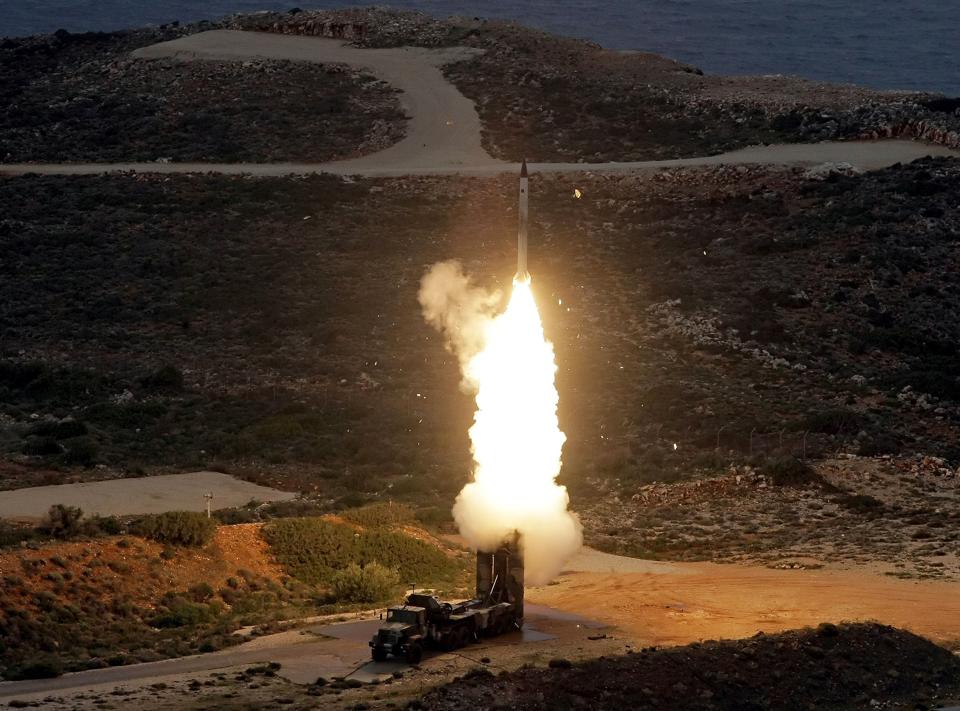 Ukraine is again calling on its Western allies, including Greece, to supply it with more Russian-built military hardware. Athens has considerable quantities of Russian equipment Ukraine is familiar with, including BMP-1 tracked infantry fighting vehicles, 9K33 Osa and Tor-M1 short-range and S-300PMU-1 long-range air defense missile systems. If the latter systems ultimately ends up in Ukraine’s arsenal, that would be historically ironic given how Greece came into possession of them in the first place.

It’s worth noting that such a transfer is, at least for now, unlikely. As Greek media has pointed out, Athens obtained the BMP-1s and Osa missiles from Germany, so they are the only Russian systems in the Greek arsenal “that could be granted without licensing problems, as their export approval from Berlin is considered a given, unlike the situation with the S-300 or Tor-M1 systems, which require a permit from Moscow.”

In March, Greece rejected an “informal request” from Kyiv to transfer its Tor-M1s and Osas, arguing that they could still be needed for its armed forces. However, unlike these systems, Greece’s S-300s were never integrated into military’s broader air defense network. Instead they remained stored on the island of Crete. Sources cited in the Greek press said Athens had not received any request for its S-300s from Ukraine. However, Kyiv would undoubtedly warmly welcome the delivery of these systems.

Slovakia recently donated its S-300 battery inherited from the former Soviet Union to Ukraine. However, Greece did not, of course, inherit its S-300s from the former Soviet Union. Rather, Moscow delivered Athens S-300s Cyprus had initially ordered as part of an arrangement to defuse a crisis between Turkey and Cyprus that began in early 1997. Therefore, transferring these systems to Ukraine today would likely prove much more complicated than Slovakia donating its inherited Soviet S-300.

If Greece ultimately does stick its neck out for Ukraine by transferring these air defense systems to Kyiv, that would be an irony of history in light of how Athens acquired them in the first place.

In 1996, Cyprus turned to Russia for military hardware since the U.S. had imposed an arms embargo on the island nation. It first bought T-80U main battle tanks and BMP-3 infantry fighting vehicles. Then it made the fateful decision to purchase S-300PMU-1s, insisting such an advanced system was necessary to deter persistent Turkish military overflights and violations of its airspace. Turkey immediately threatened a preemptive strike to destroy the batteries when they arrived on the island. Greece, in turn, said it would retaliate to such an attack while the United States urged then-Cypriot President Glafcos Clerides to cancel the deal. The Cypriot S-300 Crisis had begun.

Turhan Tayan, the Turkish defense minister at the time, compared the crisis to the Cuban Missile Crisis of 1962. While the S-300s are, unlike the nuclear missiles the Soviets deployed to Cuba, surface-to-air and not offensive surface-to-surface missiles, Tayan pointed out that they had the range to both track and target Turkish military aircraft operating inside Turkish airspace in addition to defending all of Cyprus’s airspace.

“The nuclear missiles Gromyko lied about were 90 miles from the United States; these offensively defensive SAM’s are 50 miles from Turkey,” Safire wrote at the time.

CIA sources cited by journalists Jack Anderson and Jan Moller claimed that Primakov had pushed for the sale as part of an attempt to undermine NATO, which was expanding eastwards at the time.

The prospect of Cyprus fielding S-300s worried the U.S., which warned that Russian technicians setting up the systems could use their powerful radars to monitor air traffic over the strategically-important Eastern Mediterranean, including NATO aircraft. Cyprus sought to assuage such concerns by insisting only Cypriot technicians would operate the systems once they were delivered.

Cyprus ultimately never got any S-300s. To defuse the crisis, Nicosia agreed, in late 1998, to have the missiles delivered to Greece instead, which stored them on Crete (later test-firing them during a 2013 exercise). Turkey still protested but ultimately did not do anything. In another historical irony, many of the objectives Turkey made about Greece obtaining S-300s – they would enable Russia to gather sensitive NATO intelligence, threaten Western fighter jets it was designed to shoot down, etc. – at the time were very similar to ones the U.S. later made against Turkey’s acquisition of the S-300’s successor, the S-400.

In light of Primakov’s alleged scheme to undermine NATO’s southern flank through that past sale, it would be ironic if those very same missile systems ended up being used against Russian warplanes in defense of Ukraine just over a quarter-century later.