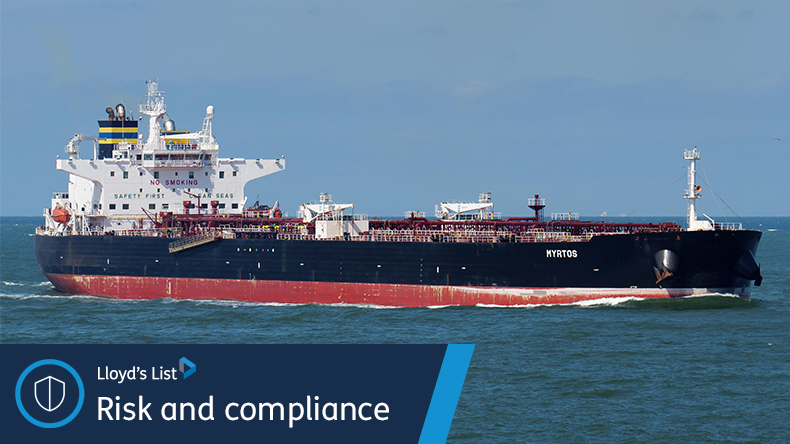 EDITOR’S NOTE (Nick Stamatakis):  If you know anything about Greek history you know that the Greek Revolution was financially fueled by navigation/shipping in the events preceding 1821.  Catherine the Great started constructing the new city/port of Odessa in 1794 (she gave the city a Greek name – it was an ancient Greek Colony named “Olvia”) and gave special privileges to the Greeks to carry with their ships the huge wheat production from Russia all over Europe and the Mediterranean.  Then, when in 1814 the British imposed an embargo on Napoleonic France at the city-port of Marseilles, it was the Greek captains who broke the embargo making untold amounts of money. This wealth (along with the wealth of the Greek merchants all over Europe) financed the 1821 Revolution… Two centuries later, the Greek-owned commercial fleet is at the top of the world: roughly 20-25% of shipping worldwide belongs to Greek shipping companies…

When these Greek captains and owners hear the word “Embargo” they do not hear “stop”; instead all kinds of bells ring inside them spelling “O-P-P-O-R-T-U-N-I-T-Y”… They did it in Iran after the mullahs took over with tremendous success.  The gratitude of the Iranian government was such that still today Greece is the only country allowed to import Iranian oil on credit (they pay after 3-6 months)… They did it in Venezuela drawing the ire of the State Department which “prohibited” it (so they believe…)

Victoria Nuland, number 3 at the State Dept. now, thinks she can “prohibit” Greek history and tradition.  First, Nuland and Jeffrey Pyatt, stupidly believe that they will eliminate 1,000 years of Orthodoxy in Mount Athos by dictating to the monks to “stop any connection to their Orthodox brothers, the Russians”!… Pyatt visited Athos several times with less than meager results. In a few days, towards the end of May, Pat. Bartholomew, who is acting as a State Dept. agent, will visit Athos once again and – trust me on this – he will be repudiated by the monks (who overwhelmingly consider him the cause of the Schism in Orthodoxy) for the n-th time!!

Now, Victoria Nuland believes she will force the Greek ships to stop loading anything from Russia!! (I am laughing as I am writing these lines…) These idiots leading American bureaucracy know absolutely nothing when it comes to history and tradition in navigation – not to mention that the American elites still hate Onassis (in his grave) for stealing Jackie, their “princess”… They do not understand that there is a reason why Greek ships dominate world shipping for endless centuries… There is a reason, for example, that navigation in the River Danube in the heart of Europe is Greek-dominated CONTINUOUSLY for 3,000 years!!! They stupidly think that they will issue an edict and everybody will follow…  Another example: About 15 years ago the Germans believed that, because they dominate the EU and they owned the best shipyards, their ships would replace the Greek ships: after the deep 2009 financial crisis their ship-building loans became due and they had to sell their brand-new fleet to avoid bankruptcy! Guess who bought the German ships: the Greeks, for pennies on the dollar!…

I have news for the State Department “geniuses”: For one more time in history, Greek shipowners opposed the government of Greece and told PM Mitsotakis a few days ago that his policy on Russian sanctions is wrong, and – I guarantee you – he had to listen!! He has no choice anyway.  Why? Because he would be confronted with the same answer the Greek shipowners told many Greek (and other nations’) governments: “If your policies aim at destroying us, then we will get on our boats and leave this country!!  You cannot tax us to death and you cannot “sanction” us to death – period”!!

Mitsotakis will (have to) transfer this powerful message by the Greek shipowners to the American establishment in a few days when he visits the White House and speaks to Congress.  It would behoove them to listen carefully and adjust their policies… In any case, they have gained absolutely nothing from the sanctions against Russia; on the opposite, they have already lost the sanctions war: The ruble exchange rate is now at a 3-year high (!!) vs. the dollar, Europe is on the brink of financial destruction, and the dollar is bound to lose its reserve currency status (Russia and China are expected soon to peg their currencies to gold and back them with other commodities)…

If any group on earth is a natural conservative, anti-government and anti-globalist group, this must be the Greek shipowners and they have proven it through thousands of years of history!…

PS.  Sorry, Mrs. Nuland, I will not reveal their secrets publicly (the few that I happen to know…) Try to impose anti-Russia sanctions on them and you will find out the hard way…

BELOW YOU CAN SEE THE HARD DATA  FROM THE MOST TRUSTED MARITIME SOURCE: LLOYD’S OF LONDON… 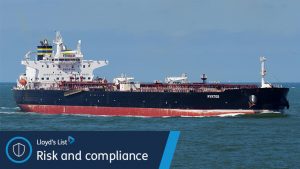 As oil exports from Russia head east, some of Greece’s most prominent shipowners are picking up new business

VESSELS OWNED BY GEORGE ECONOMOU’S TMS TANKERS SHIPPED THE MOST CRUDE OR PRODUCTS OUT OF THE KEY PORTS OF PRIMORSK, NOVOROSSIYS..K, UST-LUGA AND ST PETERSBURG DURING APRIL.

A COMPLEX patchwork of maritime, banking and financial sanctions, as well as port restrictions across Europe, the UK and North America, is failing to stem Russian energy commodities exports, with an estimated 4.5m barrels of crude worth $509m leaving the country each day since February 24.

A further 2.2m barrels per day in refined products — some of which is diesel heading into the European Union — is also being shipped. In 2021, the European Union relied on Russian imports to meet more than 40% of demand for diesel.

This is little changed from levels seen before the invasion of Ukraine, although cargoes are being redirected to India and Asia amid a degree of self-sanctioning across Western countries.

Baltic and northwest European refiners are no longer receiving Russian crude as the 27-member EU contemplate oil bans in place by the end of 2022.

During April, Greek-owned vessels stepped into the gap to lift Russian-origin cargoes as the increased number of tankers sailing longer distances to discharge at east-of-Suez Canal ports pushed up demand for these vessels.

Of the 190 tankers (15,000 dwt and over) tracked shipping crude or oil cargoes out of the key ports of Primorsk, Novorossiysk, Ust-Luga and St Petersburg from April 1-27, some 76 were beneficially owned by Greek shipowners, data compiled by Lloyd’s List shows.

This compared to 30 of the 172 tankers tracked calling these ports over the same period in 2021, based on vessel and data analytics.

As well as US sanctions on Russian crude, all Russian-owned, operated, chartered or flagged vessels were banned from US ports from April 28.

The UK also banned all Russian-linked ships from its ports, but sanctions on oil and products will not apply until the end of 2022.

In the EU, Russia-flagged ships have been restricted from ports since mid-April, while Russian-origin coal will be sanctioned from August.

A number of EU and UK financial and banking sanctions further complicate the status of Russian-classed, financed or leased vessels, according to EU commission guidance.

The UK added the Russian Federation-controlled shipowner Sovcomflot to its sanctions list in late March.

Vessels owned by George Economou’s TMS Tankers shipped the most crude or products out of the four ports during April, with 16 tankers totalling 1.9m dwt, data shows. During April 2021, four TMS tankers called at the same four ports.

There is no suggestion that any of the companies are breaching sanctions.

For those prepared to take the reputational risk, there are super-sized financial rewards.

Aframax and suezmax rates on direct shipping routes from the Russian ports in the Baltic and Black seas peaked as high as $350,000 per day post-invasion, compared with levels of around $6,000 daily in early February, Baltic Exchange data shows.

This rates volatility, the increased tonne-miles and sanctions uncertainty, as oil demand returns to pre-pandemic levels, helped set up the tanker market for the best trading conditions since the mid-2000s, a New York investment bank analyst said in an April update on the sector.

Yet the Russia Tanker Tracking Group — a coalition of Ukrainian government officials, academics and software engineers — is lobbying to stop all Russian fossil fuel exports.

Data about the tankers and their owners, managers and charterers engaged in Russian trades is being compiled and sent to Ukraine’s chief prosecutor, Iryna Venediktova, the group told Lloyd’s List in an interview in late April.

The prosecutor wants to build a case against the prominent Greek shipowners, arguing that they are helping finance Russia’s war against Ukraine, according to the group.

The group has already targeted P&I clubs, with limited success, saying that without marine insurance, cargoes could not be transported.

Members of the International Group, which represents 13 clubs covering 90% of the global fleet, are terminating coverage of the 157-vessel Sovcomflot fleet due to UK sanctions. However, other Russia-linked tankers remain covered for now.

Even if sanctions evolve further, the impact is likely to be minimal as alternative cover can be arranged with marine insurers outside the group, mainly based in Russia or China.

The impact of Russian sanctions on marine insurance in the UK has been “profound”, Neil Roberts, Lloyd’s head of marine and aviation, told a UK parliamentary committee on April 25.

“The volume of the legislation that’s been coming out and the complexity of it has been very difficult for people to manage and even very well-resourced compliance teams have been finding this troublesome,” he said.

“Insurers are not as well-resourced as banks, and they’re also finding it difficult.”

When it comes to European or US-based shipowners with liquefied natural gas carriers engaged in Russian projects — often in partnership with Asian energy companies — the situation remains highly fluid.

LNG carrier Yakov Gakkel (IMO: 9750672) is typical of the dilemma facing US companies. The vessel is one of several owned by private equity company Seapeak in a 50/50 joint venture with China LNG Shipping Holdings.

The Chinese company is 50% owned by a division of Cosco, with the LNG carriers built and contracted to ship LNG from Russia’s Arctic Yamal project.

SEC filings for Teekay LNG Partners LP, made before the entity sold its fleet of 47 LNG carriers to Seapeak’s parent Stonepeak, show Yakov Gakkel is financed by Chinese banks.

Whether sanctions will evolve to capture wider elements of energy commodities shipping remains a question that maritime lawyers are assessing as they seek to future-proof companies from further risk and compliance turmoil.

These sanctions also ensnare South Korean shipbuilders who are engaged in further Arctic LNG projects in Russia under development, including those being built for sanctioned Russian government gas producer Novatek for the Arctic LNG 2 project.

There is also a host of short-term questions that surround not just coal exports but agribusinesses that ship from Russian ports, which, along with Ukraine, provide some 30% of the world’s grains.

Meanwhile, signs are emerging of a second-tier tanker market evolving for Russian oil.

Ship-to-ship transfers of Russian crude and diesel have been observed in waters off Skagen, Denmark; Kalamata, Greece; and Skaw, Gibraltar. Off Kalamata, in international waters, several cargoes of Novorossisyk-loaded Russian crude have been transferred to new tankers for onward voyage, data shows.

Russian diesel is still being sold to northwest Europe because total cargoes comprising less than 50% of the middle distillate from the country are not defined as Russian.

The Netherlands is currently the top destination for Russian crude, with 655,500 bpd arriving since February 24, according to the Russia Tanker Tracking Group. Russian oil company Lukoil has a 45% stake in the Zeebrugge refinery there. 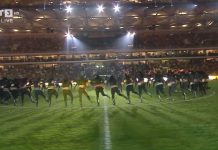 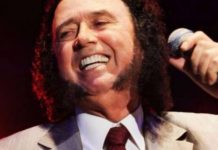 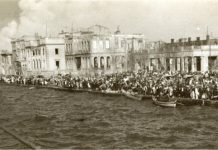