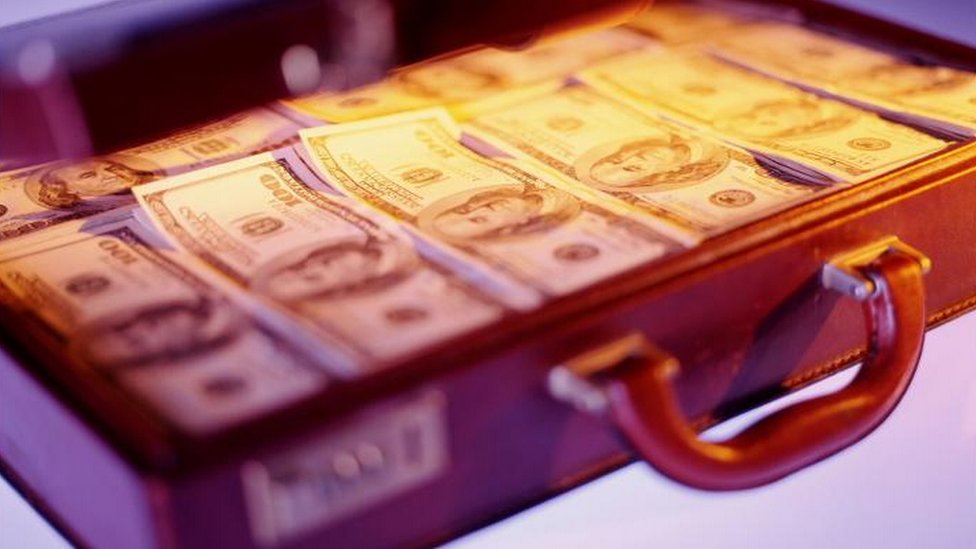 EDITOR’S NOTE (Nick Stamatakis):  In this well-written piece Paul Craig Roberts catches the essence of US foreign policy, a very important lesson as we are watching Zelensky act irrationally, destroying his own country and a bunch of other European leaders acting against their own national AND EUROPEAN INTERESTS – including Greek PM, Kyriakos Mitsotakis, the scion of a corrupt family that has been selling out Greek national interests to Washington DC and to Germany for many decades since the Second World  War…. Here is the quote by Paul Craig Roberts: “ Years ago I was in the Pentagon in the office of a very high official being offered an important appointment.  I used the opportunity to ask a question about something that had long puzzled me.  How, I asked, does Washington manage to get foreign governments to support Washington’s interests at the expense of their own countries? “Money,” the high Pentagon official said.  “You mean foreign aid,” I said.  “No,” the official said, “we give the political leaders bags full of money.  We own them. They report to us.”

BELOW ENJOY THE FULL ARTICLE….

The Kremlin’s weak responses to provocations continue to encourage the West to bring Russia more, and more dangerous, provocations.  It is irresponsible for Washington and Washington’s NATO puppet states to provoke Russia.  But seeing weakness in the Kremlin, it is hard for the West to restrain itself.  The West now dismisses Russian threats as bluster.  Consequently, the West has moved from provocation to aggression. With arms shipments and diplomatic support, the West has become a de facto combatant allied with Ukraine against Russia.

The Kremlin is now faced with a much-enlarged frontier with NATO from the prospect of Finland, with its long border with Russia and nearness to St. Petersburg, joining NATO.  Finland is under no danger of Russian attack as matters stand, but will be if Finland joins NATO.  Joining NATO means Finland will be nuclear-targeted, which currently the country is not.  It is obvious that Finland’s security deteriorates if Finland joins NATO.

The most obvious answer is that Washington has paid the Finish leaders to add to the pressure on the Kremlin by joining NATO.  I have good reason to believe this.  Years ago I was in the Pentagon in the office of a very high official being offered an important appointment.  I used the opportunity to ask a question about something that had long puzzled me.  How, I asked, does Washington manage to get foreign governments to support Washington’s interests at the expense of their own countries? “Money,” the high Pentagon official said.  “You mean foreign aid,” I said.  “No,” the official said, “we give the political leaders bags full of money.  We own them. They report to us.”

What else explains Finland’s and Sweden’s interest after so many years of neutrality in joining NATO but bagfuls of money paid to the Finish and Swedish leaders?

Neither country is in danger of attack from Russia.  How many US dollars did it require for the leaders of these countries to decide to sell out their countries for filthy lucre?

The sellout goes further than Finland and Sweden. If these bought-and-paid-for-governments join NATO, they have also sold out the entire Western World.  This would make it clear to even the Russian liberals, who handicap Russia’s existence as a sovereign nation, that the Western World intends to do what the American neoconservatives declared  to be the principle goal of US foreign policy:  to prevent the emergence of a rival that has sufficient power to constrain US hegemony.

Why, after three decades of this doctrine being declared as “the principal goal of US foreign policy,” has the Kremlin failed to understand it?

At this point even the liberals in the Kremlin should comprehend that the Western World is a permanent enemy more dangerous than the Third Reich.  When the Russian liberals are forced to confront this fact, will they still be willing to trade Russian sovereignty for acceptance by the West?

The Russian government is a very strange government. For years the Kremlin tolerated  oligarchs from the Yeltsin era who stole Russian assets. Today the Russian government continues to provide its deadly enemies with energy and strategic minerals so that they can conduct their war against Russia. The director of the Russian Central Bank left the central bank’s reserves on an unguarded shelf where the West could steal them.  Putin still has in office some who set up the oligarch system that tied Russia in a subservient role to Western financial capital.

The Kremlin cut its own throat in order to prove how democratic it is.

Little wonder that the Russian government failed to convince the West that provoking Russia means death and destruction for those who provoke. This  strategic failure of the Kremlin means that the ever worsening provocations are destined to push Russia’s back to the wall. At that point, the nukes will go off.

The utter and total stupidity of the human race makes one wonder why God gave dominance over the earth to mankind, the least intelligence of the species.