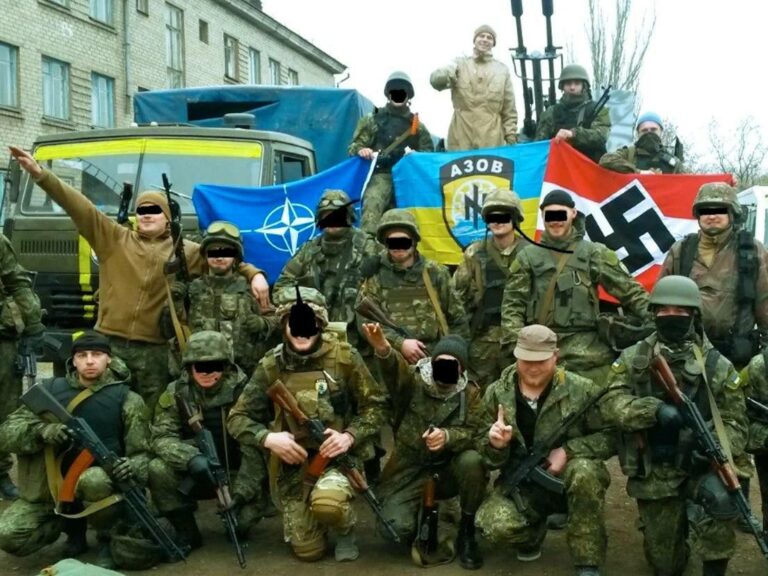 EDITOR’S NOTE (Nick Stamatakis): Our friend George Michalopoulos of “Monomakhos.com” presents and analyzes the most significant development of the war in Ukraine.  It looks like the surrender is halfway through and about one thousand of those enclosed have been “processed” ( I will explain tomorrow what that means)… The most significant part is still in the “basement”: I am talking about the 400 hundred foreign mercenaries, mostly from NATO countries…

The long-awaited surrender of the last hold-outs at the Azovstal plant in the city of Mariupol has finally arrived.  The situation is fluid so bear with me as I try to make sense of this development.

Yesterday morning, in Mariupol, several Ukrainian soldiers emerged from the Avozstal plant under the white flag of surrender.  (Some say nine combatants, others put the number at fifteen.)

This was the start of negotiations, first for the safe passage of the wounded to receive immediate medical care, then the surrender of the regular combatants.

As of this morning, 500 Ukrainian soldiers and foreign mercenaries have been processed.  It is believed that there are still another 500 below.  What is unknown is whether any of these men were of the notorious Azov Battalion.

Rumors, of course, abound.  One which made the rounds yesterday was that should the holdouts at Azovstal surrender, the rest of the Ukrainian army would mass-surrender, as well.  While this is possible (surrenders are happening, daily), it is unlikely, in my opinion, mainly because the Russians have cut off the lines of communication between the Ukrainian armed forces in the field and Kiev.