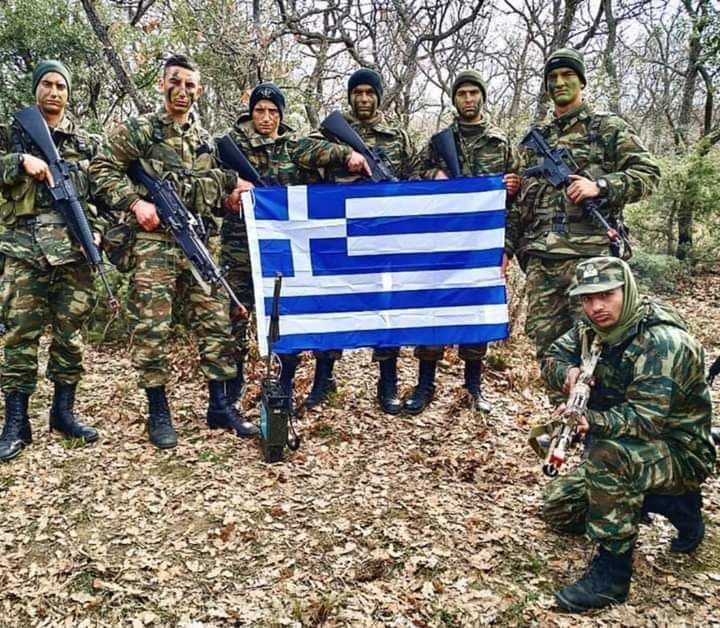 By Alex Aliferis
5/30/22
There is a recent headline about how the Greek military blocked 40,000 Muslim migrants from Turkey to Greece in the first few months of 2022 along the Evros River.
I am happy that the Greek military has taken control of the Greek nation away from the George Soros paid puppet, Mr. Kyriacos Mitsotakis. Both Mitsotakis and Tsipras met George Soros in Athens with another traitor Greek Globalist Elites in November 2009.
The US military needs to look at the example of the Greek military. The US military-industrial complex and Deep State are busy trying to destroy Russia while leaving America’s borders wide open!
The Deep State President Puppet with dementia, Mr. Bidenopoulos, leaves the US-Mexico land border wide open. Millions from around the world have crossed our borders. Why is the US military in nations around the world to protect other nation’s borders? The US military needs to station 500,000 soldiers with tanks, helicopters, and armored vehicles to block all illegal entry to America from Mexico.
The Washington DC Deep State is busy acting like they are still a world power, while there is no baby formula to feed American babies. The same Globalist elites are advertising how there will be electrical blackouts across America. The same elites are telling us to expect food shortages. Is America racing to be a third-world nation under Bidenopoulos?
In 2020, armed Greek civilians started patrolling the Greek-Turkish land border to support the Greek military.
Aristotle explained if a foreign population invaded and settled in a Greek city-state that there will be no city-state left. In other words, foreigners will take control if they are the majority. The Ancient Greeks knew very well to protect their borders. What happened to the ex-Greek Christian areas of today’s Muslim Turkey? The invading Central Asian tribes settled after August 1071 AD. The Battle of Manzikert is the first stage of failure for Greek Byzantine presence in Anatolia.
Greece must accelerate deportations of illegals inside the nation on all levels. This means to expel the Turkish Muslim Terrorist Gulenists who fled Turkey’s Erdogan.
Greece must have tax incentives to bring Greek citizen workers back to Greece. Greece must promote Greek citizenship/passports to all Greek origin people born to Greek parents and grandparents overseas. Online Greek language/history programs must be promoted to Hellenize Greek-origin people born overseas. There are millions of Greeks in America, Canada, Australia, Europe, South America, Asia, and Europe. These are highly educated Greek origin people with money, work experience, and education to settle in Mother Greece.
Make Greece Greek Again.
Alex Aliferis has worked in Washington D.C. on issues linked to Greece, and Cyprus.
For More Information:
Greece blocks 40,000 Migrant Crossings from Turkey
https://europe.infowars.com/greece-blocks-40-000-migrant-crossings-from-turkey/
Greek Civilian Militias patrol border among refugee crises
https://www.dw.com/en/greek-civilian-militias-patrol-border-amid-migrant-and-refugee-crisis/a-52697255
Border Crossings all Time Record in USA-Mexico Border
https://www.washingtonexaminer.com/opinion/washington-secrets/border-crossings-to-break-all-time-record-this-year-2-1m
Greek Military Closes Border in 2020
https://neonnettle.com/news/10482-greece-closes-border-deploys-military-to-defend-against-migrants-sent-by-turkey