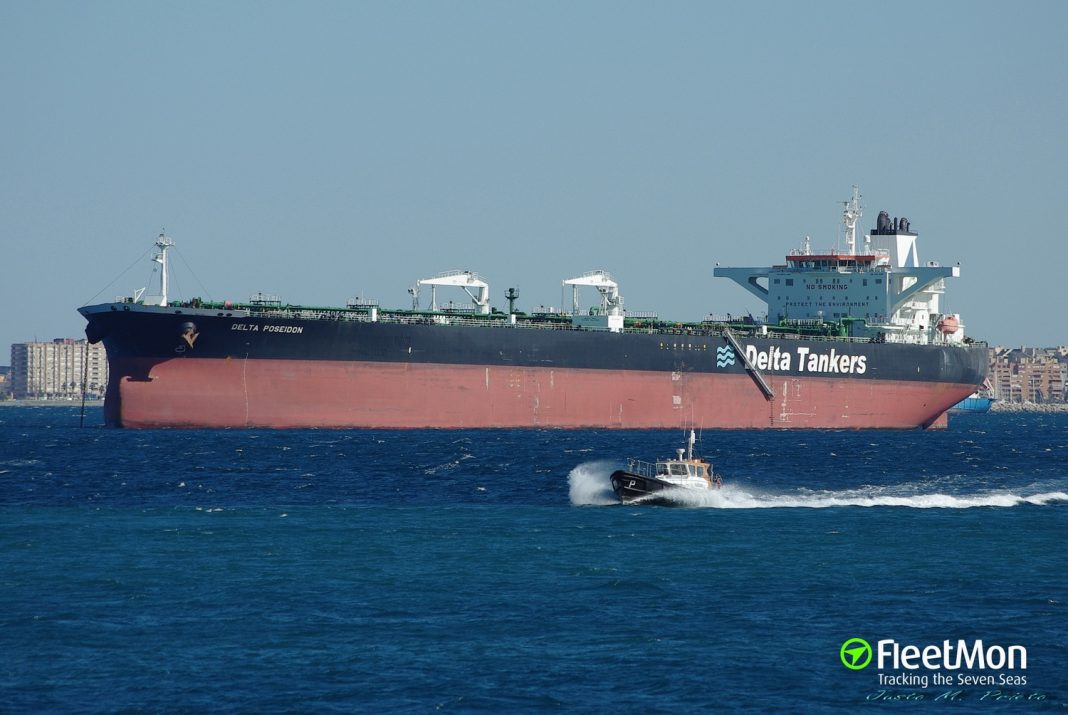 EDITOR’S NOTE (Nick Stamatakis): About 12-14 years ago, during the previous great recession, the German shipowners were forced to sell most of their commercial fleet, overloaded by bank loans as they were… Who bought them? The Greeks for pennies on the dollar… The Germans, convinced that they are better than any other ethnicity in any business, couldn’t believe their loss… Since then they have been trying to undermine Greek shipping in many ways.  They tried to “tax them out of business” during the bankruptcy of Greece in 2015, they tried to over-regulate them… And they lose on every occasion… Because they cannot grasp this simple truth – that the ships are not tied on any land BUT THEY ARE FREE!!!… The moment they are overburdened by taxation and regulation they sail to the next best land/flag!!

For the same reason, the Greek shipowners are the worst enemies of globalism and they will never accept a global authority with the power to tax them!!

In the article below, the German authors describe the “bad” Greeks forcing Mitsotakis to put his feet down and demand that any oil sanction will NOT affect Greek shipping!  And he did!!  He had no choice: Greek shipowners OWN Mitsotakis and any Greek government!!  They are the heart of Greece and Hellenism – their true flag is FREEDOM!!

And they also make fun of the Europeans and the Americans who are after them: “We are the taxis of the sea”, they claim… “If we do not take a certain cargo, there will be others to do it!…”

Despite The EU Embargo: Greek Tankers For Putin’s Oil

The EU Commission had announced a “devastating” oil embargo against Russia. But under pressure from Greek shipping companies, she buckled. With the help of their tankers, Putin can even expand his business, as research by monitor demonstrate.

After much discussion, the EU agreed on an oil embargo at the summit of heads of state and government at the end of May. EU Commission President Ursula von der Leyen spoke of “devastating” sanctions that would hit Russia hard. The goal: no more dealings with Russian oil by sea. This would have affected European shipping companies in particular, whose tankers transport Russian oil across the seas, not just to Europe.

However, the embargo should only come into force in six months. According to the EU Commission, this is necessary in order to “give the world market a chance to adapt”.

Experts see it very differently. The six months are a grace period for Russian President Vladimir Putin, says Simon Johnson, a professor at the Massachusetts Institute of Technology. According to the economist, the deadline gives Putin enough time to focus more on other buyer countries for his oil. Almost a quarter of Russian oil exports already go to China. The share of Russian oil exports to India has increased tenfold this year.

For the new business with Asia, however, Russia is dependent on tankers from Europe, especially from Greece. Almost nothing in the global oil business on the high seas works without the Greek oil tankers. Almost 27 percent of the global tanker fleet belongs to Greek shipping companies.

The importance of Greek oil tankers for Russian oil exports by sea can also be demonstrated by more recent figures: according to the Institute of International Finance (IIF), the proportion of oil from Russia shipped by Greek tankers has increased over the past year almost doubled. If the Greek tankers disappeared, it would hardly be possible for Putin to shift his global oil exports from Europe to other countries, says Johnson.

Originally, the EU wanted to start with its oil embargo right here. To the ARD political magazine Monitor there is an unpublished first draft proposal from the EU Commission from the beginning of May. It bans tankers from EU countries from transporting Russian oil to third countries “with ships registered under the flag of a Member State or owned by a national of a Member State,” it says. In the final text of the embargo that was decided, however, this paragraph was then completely deleted.

This is the result of strong lobbying by the Greek shipping companies, says Michelle Wiese-Bockmann, an analyst at the London shipping register Lloyd’s List: “The Greek shipping companies – because of their large fleet and because they have been in the business for a long time – are very powerful and have a very strong voice in the international shipping industry, enabling them to assert their interests at EU level.”

At a press conference, Greek Prime Minister Kyriakos Mitsotakis expressed his satisfaction that the Greek tankers were spared the sanctions: “There are no – and I want to emphasize this – sanctions against Greek shipping as far as the transfer of oil from Russia to third countries is concerned .”

For Erdal Yalcin, professor of international trade at the Konstanz University of Economics, the sanctions against Russia are largely ineffective: “The possibility that Greek shipping companies will continue to transport Russian oil simply means that the sanctions are being made soft as butter.”

Ban for European ship insurers as an alternative

Brussels is trying to downplay the matter. Finally, the sanctions package would contain a different ban, according to the EU Commission monitor. Insurance companies from EU countries are to be banned from insuring ships transporting Russian oil. This would also make oil exports for Russia massively more difficult.

But there are serious doubts about that. The insurance ban will not prevent Putin from continuing to sell his oil, says Jan Blumenthal, head of Germany at Lloyd Insurance: Putin will sell his oil “on Asian markets, and accordingly the transport will also be insured by Asian insurers on Asian markets. “

Yalcin also doubts the effectiveness of the insurance ban: “There are certainly insurers in East Asia, including China and India, who will fill this gap.” Michael Bloss, MEP for the Greens in the European Parliament, draws a sobering conclusion: “The moment Greek shipowners are restricted in their profits, then being strong against Putin is over.” In this way, the EU is even helping to fill Putin’s coffers.