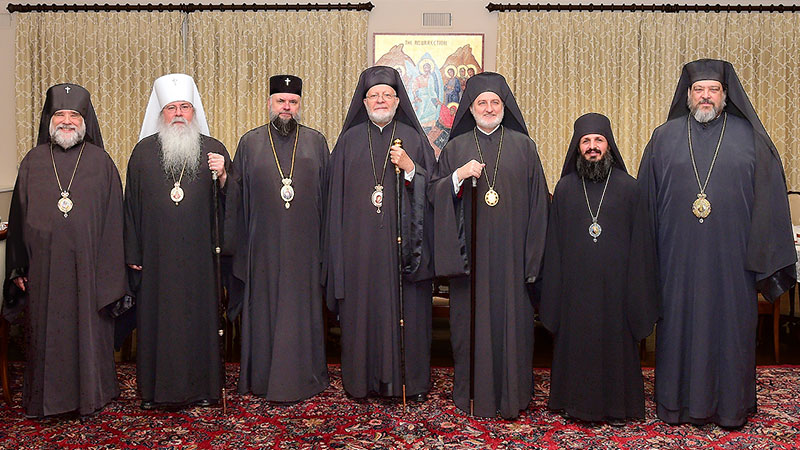 EDITOR’S NOTE (Nick Stamatakis): The Assembly of Canonical Orthodox Bishops issued a statement on the Supreme Court’s decision on abortion, that goes contrary to AB Elpidophoros’s double-faced position and his recent unbelievable acts… A ray of hope for all Orthodox faithful in America…

NEW YORK – Today the United States Supreme Court issued its opinion in Dobbs v. Jackson Women’s Health Organization. The Court did not outlaw abortion. It merely returned that decision to the people to decide in their respective States.

In its recent statement entitled, On the Sacredness of Human Life and its Untimely Termination, the Assembly of Bishops, addressed the issue of abortion by stating, “any act to terminate life in the womb – whether by abortive medications, medical procedures, or destructive behavior – is considered murder, and risks terrible spiritual consequences for those involved.” As such, the Assembly of Bishops recognizes today’s decision of the US Supreme Court as a step toward the preservation of life.

As outlined in its January 2021 announcement entitled, Assembly of Bishops Endorses Alternatives to Women in Crisis Pregnancies, the Assembly remains steadfast in its commitment to minister to all people. Metropolitan Gregory, Secretary of the Assembly, stated, “it is good that our government sees the moral deficiency in abortion. Now, let us not forget that it is our duty as Church to care for those in need. Therefore, we encourage parishes and humanitarian organizations to expand their services and education in order to shepherd single mothers and couples through difficult situations.”