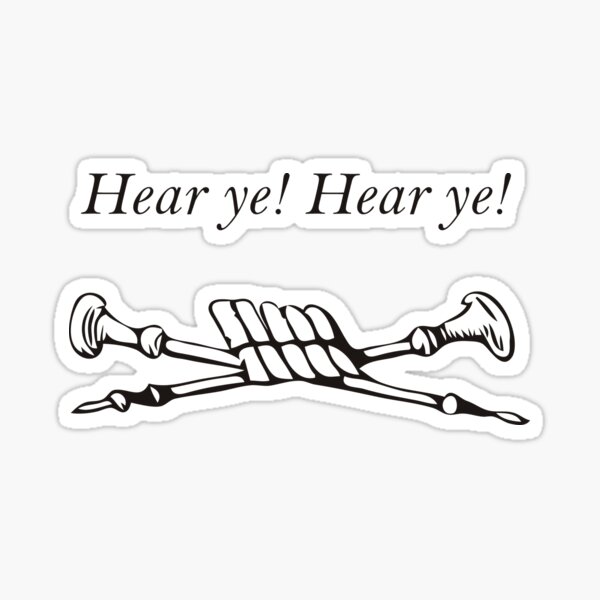 The declarations written in this OCL document calling for the unification of all Orthodox Christians in America are refreshing and uplifting to read. I wholeheartedly agree that the time for unity is long overdue and the need to move onward and beyond the current state of the GOARCH affairs is critically necessary and urgently required in order to preserve the Orthodox faith and the diminishing faithful few in the pews.  Frankly, I don’t think there would be many people who would disagree with the statements espoused herewith. We now have the momentum necessary with backing from many Priests, monks, etc., from within who are tired of being disrespected, dumped on, lied to and pension funds stolen from by the status quo-church quasi-government and are ready to step out and bravely suffer the consequences of forging a new church.  Through God, all things are possible!  Recognizing and then admitting that the current situation will never change or go away is the easy part– right?

I kind of see the “break away Orthodox Church in America” being like the Republican Tea Party or the MAGA movement….It starts out as a bunch of people who are still conservatives but see things differently than the traditional “Rhinos”, in this case, ethnic Orthodox believers.  The movement starts small; then grows.  Then someone who has a calling or whom God chooses to work with (e.g., a Trump, a Martin Luther King) takes the lead role and starts to congeal everyone.  This new “American Orthodoxy First” movement eventually takes over and the old Patriarch-run Greek Orthodox Church-in-name-only withers and dies or becomes insignificant.  It’s important to make note, that any newly proposed “church” CAN NOT be some “mini-me” model of the old hierarchal Orthodox Church in Istanbul but just replanted here in America like what currently exists.

Anyone can be a critic, a back seat driver, or a Monday Morning Quarterback. But who will take the leadership roles within a new church?  Furthermore, where’s the admission, accountability for crimes committed, what will become of the stolen Priest pension fund, the existing churches and the valuable land on which they sit, the seminary etc., and other questions concerning its parishioners; and the apologies from the existing administrative Greek Orthodox Church Archdiocese in all of this?  Without accountability and transparency, an

“I’m sorry” (of some kind-ha, ha), if you will, I don’t know that many Greeks will be able to forgive and forget in order to move forward in their walk with Christ within any Orthodox Church, yet alone a newly formed Pan-Orthodox Church of America.  But we are called to love all of our brothers and sisters in Christ and forgive our enemies “for those who trespass against us”.

Until however (there’s always a caveat), there is a proposed framework or organizational structure illustrating how the “newly” proposed OCCA looks, will operate and to whom it will be accountable, pinpointing the many obvious questions such as but not limited to the following:  the locations of such churches, homes, office, retail or warehouse locations for services, Christian outreach, discipleship, ministry, etc., all of this is just talk.  A first step no less mind you, but words on paper worthless without humility and honor praising GOD for His unmerited grace.  Action, transparency, and accountability are critical issues for all parishioners who deserve to be treated as equal fellow brothers and sisters in Christ.  We don’t want or need a hierarchy to “Lord” over us and hold us “hostage”.

We must first be honest with ourselves and ask whether the answers still rely on using the archaic structure of the existing church as still being relevant today. Does giving Archons the continued financial power as previously established give us the assurances we need moving forward and those past mistakes won’t be repeated?  Have we not already witnessed just how greed, power, and money can corrupt and influence the guidance of the many hierarchs, Bishops, AB’s, Patriarchate, Priests, and Archons who have fallen and currently serve in the GOA and have gone astray?

Rather than “Archons”, how about KINGDOM ADVISORS and SPIRITUAL LEADERS AS OVERSEERS of a new church? Hey, there’s a new idea! If we are to be guided purely by our Faith and trust in God as the proclamation intimates, Spiritual Leaders don’t have to be wealthy financial contributors or educated Theologians to fulfill such a significant role within the church.

A CERTIFIED KINGDOM ADVISOR is one who is a community member of Christian financial advisors. They provide insight and training on how to manage wealth and help clients, churches, institutions, families, and businesses plan financially through biblical principles, as well as a community.

Spiritual Leadership can be defined in many ways but consider a few traits that characterize a leader specifically when it comes to pursuing God.

–A spiritual leader has a circle of influence. You have people in your life that you can lead. The circle will vary from person to person. It may be roommates, friends, co-workers, a spouse or family, a small group, a ministry team, or a whole congregation.

–A spiritual leader has vision. You can see what people can become. You have an idea of what pursuing God looks like and what you hope to see happen in people’s lives.

–A spiritual leader serves. Leaders are not about themselves and their own power. They are others-centered. Jesus is the epitome of this.

Matthew 20:25-28 But Jesus called them together and said, “You know that the rulers in this world lord it over their people, and officials flaunt their authority over those under them. But among you, it will be different. Whoever wants to be a leader among you must be your servant, and whoever wants to be first among you must become your slave. For even the Son of Man came not to be served but to serve others and to give his life as a ransom for many.”

–A spiritual leader is willing to take responsibility. Leaders don’t passively sit by expecting someone else to lead. You care enough to embrace responsibility to help others pursue God.

–A spiritual leader takes the initiative. Feeling responsible isn’t enough. Leaders act. A leader initiates the next step. You’re the one who says to the people around you, “I have an idea. Let’s do this.”

Who among us are Certified Kingdom Advisors and Spiritual Leaders? My dear friends, brothers, and sisters in the OCL, ROEA-OCA, GOA, AOCA, UOCUSA, you may be thinking about it the wrong way. You don’t have to be older, more mature, more spiritual, more experienced, or godlier than the people you lead.

Of course, you can’t really lead others if you are engaged in any serious, life-controlling sinful habits like what currently exists in the Greek Orthodox Church today. That will keep you from being able to follow through on leading others, and you will lack credibility. When it comes to leading a whole church or a religion such as Orthodoxy, there are high standards of character.

A good leader humbly recognizes that we are all helpless sinners who depend on God’s unmerited grace and power continually.  We don’t need an over-bloated hierarchal church structure to simply come together, unify and worship Christ as a community of Orthodox Christians. What guarantees will there be in place in order to prevent this new OCAA or any other newly formed Orthodox Church in America for that matter, from falling into the same rut and demise as the foreign national overseers did with the GOA?

Christ isn’t looking for us to create more layers, structure, encumbrances, and barriers to worshipping Him directly, is He?  Simplify the process, remove all barriers such as foreign languages not native to the country in which we live, modernize and abbreviate traditional services, and communion, modernize traditional hymns with more uplifting music relevant to today, expand the Priest’s homily, and humbly pray to ask for God’s forgiveness and His will in seeking a righteous pathway toward a free and prosperous Orthodox Church aligned with Christ’s biblical teachings and the doors will fly open!