Pope Francis on Thursday took a swing at the Catholic Church’s leadership in Germany, reminding faithful in the country that the German bishops do not have the authority to propagate new theology or alter church governance.

The statement was released by the Holy See on Thursday morning. In the message, the pope expressed concern for the laity and clergy of Germany if their leaders break with established church teaching. The statement claimed that Catholics would be negatively affected by the many proposed changes to the church pushed by Cardinal Reinhard Marx and other liberal German leaders in their “Synodal Path.”

The “Synodal Path” — sometimes called the “Synodal Way” — is a controversial church committee in Germany. The synod, organized by the German Bishops’ Conference and the Central Committee of German Catholics, aims at discussing and addressing four loose topics: sexual ethics, the structure of church governance, women’s role in the church and the vocation of the priesthood.

“In order to protect the freedom of the People of God and the exercise of the episcopal ministry, it would appear necessary to clarify that the ‘Synodal Way’ in Germany does not have the power to compel the bishops and the faithful to adopt new ways of governance and new approaches to doctrine and morals,” the statement from the Holy See said. “Prior to an agreed understanding at the level of the universal Church, it would not be permissible to initiate new official structures or doctrines in the dioceses, which would represent a wound to ecclesial communion and a threat to the unity of the Church.”

Pope Francis is helped by his aide Monsignor Leonardo Sapienza, left, as he walks with a cane to his weekly general audience in St. Peter’s Square at the Vatican on June 1, 2022. (AP Photo/Gregorio Borgia, File)

A significant alteration in the governance of the German Church or its belief system could push it into schism with the Holy See, thereby splintering out of the Catholic Church. Such a conflict could prove catastrophic for both German Catholics and the Catholic Church at large — thanks to a long-standing government “church tax,” the Catholic Church in Germany is perhaps the wealthiest branch of the institution.

Earlier this year, over 100 bishops from around the world issued an open letter to the German bishops urging that they cease the synod and restrain themselves from making illicit alterations.

POPE FRANCIS DESCRIBES PRESSURES OF THE PAPACY: ‘SOMETIMES, YOU FEEL YOU ARE NUMB’

Pope Francis has struggled to balance his firm grip on the Catholic hierarchy and his defense of church teaching with his expressed openness to evolving non-dogmatic Catholic traditions.

Cardinal Reinhard Marx, Archbishop of Munich and chairman of the German Bishops’ Conference, celebrates the opening mass of the conference in the cathedral in Fulda, Germany, on Sept. 25, 2018. (ARNE DEDERT/DPA/AFP via Getty Images)

Individual Catholic churches — sometimes called “particular churches” — maintain their own bishops and leaders. These regional church leaders are generally expected to act autonomously and handle their own affairs without direct action from the pope. However, Pope Francis has been quick to rhetorically swat down would-be reformers who are at risk of ignoring Rome’s central authority on alterations of teaching or governance.

The pope reiterated this balancing act in his message to German Catholics. The statement on the German synod quotes a passage from Pope Francis’ “Letter to the Pilgrim People of God in Germany,” saying: “The universal Church lives in and of the particular Churches, just as the particular Churches live and flourish in and from the universal Church. If they find themselves separated from the entire ecclesial body, they weaken, rot and die. Hence the need always to ensure that communion with the whole body of the Church is alive and effective.”

The Bishop of Rome ended the message with an appeal to the “universal” nature of the church and its need for worldwide cooperation — the term “Catholic” is Greek for “universal.”

Pope Francis wrote, “It is therefore hoped that the proposals of the Way of the Particular Churches in Germany will converge with the synodal path being followed by the universal Church, for mutual enrichment and a testimony of that unity with which the body of the Church manifests its fidelity to Christ the Lord.”

Pope Francis’ episcopal philosophy has become more complicated than ever as the leader once commonly thought of as a solid progressive has become harder to categorize.

The pontiff recently elected to appoint women to the Dicastery of Bishops for the first time in history, including two religious sisters and the head of multiple Catholic women’s organizations. He has been notable for urging mercy and compassion for homosexual, lesbian and transgender Catholics, stating that they all were children of God and deserve respect. He has refused, however, to endorse any form of homosexual marriage in the church, citing the institution as a sacrament unable to be changed.

Pope Francis has also refused to step into U.S. politics, ignoring demands from Catholic Church members for him to explicitly excommunicate President Biden and House Speaker Nancy Pelosi, who both claim to be Catholic despite supporting pro-abortion policies.

The pope has criticized the president’s views as “incoherence” and told him to seek guidance from his pastor, but he has still hosted both Biden and Pelosi at the Vatican on multiple occasions. 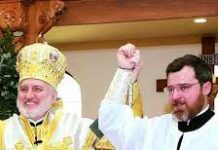 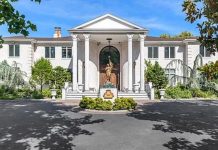 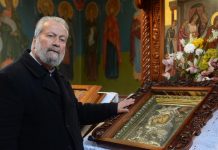