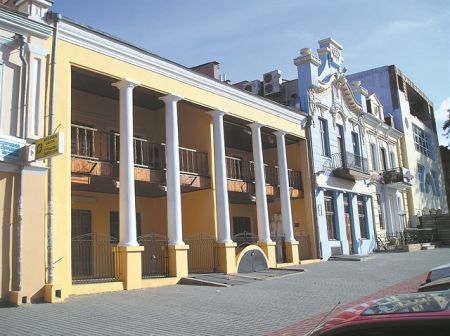 MAIN PHOTO: The modern day museum of the “Society of Friends” in Odessa.

As we hear in the news, a deal between Ukraine and Russia was signed with Turkey as an intermediary and U.N. intervention.  The deal allows the export of about 20 million tonnes of grain from the port of Odessa. Those of us who know a little about the history of Odessa and the Black Sea could not but remember…

Odessa was founded in 1794 by Russian Empress Catherine the Great under the advice of her lover, military leader Grigory Potemkin, an important figure in Russian history.  Potemkin, who had studied Classics and was an ardent lover of everything Greek, chose the Greek name Odessa (Οδησσός) after the name of one of the tens of ancient and medieval Greek colonies around the Black Sea. In actuality, the name of the ancient Greek city in the same location as Odessa was Olvia (Ολβία), meaning “fortunate” in ancient Greek.  At the same time, after the treaty of Kucuk Kaynarca (1776) that marked the end of one of many Russian-Turkish wars (that Russia won as it was the norm…), special privileges were given to Christians and especially to Greeks to relocate to the area and put Russian flags on their ships… 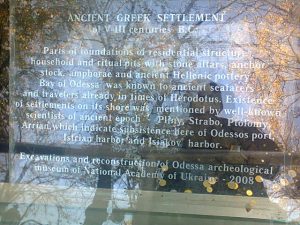 Very soon, a big and prosperous Greek community was established in Odessa.  In the early 19th century, they built their Church and School as it usually happens… And just a few years later (1817), they built a Business School (!!), open to all ethnicities… Yes, my friends, we Greeks were always cosmopolitan and accepting of others as peaceful partners in trade and life. The business school emphasized maritime trade.  Soon several banks and insurance cooperatives were formed – many owned and operated by Greeks – and offered capital and insurance at fair rates. The Greek community of Odessa was so advanced for its time that the first School for Girls was established in 1872!! 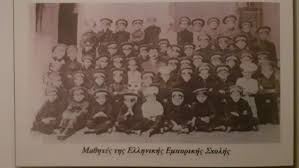 PHOTO: Students of the Odessa Greek Business School in the 19th Century!

This led to the huge and fast development of Greek shipping –  the largest development in modern times.  Greeks ships carried and traded grain from Ukraine (the name was not existent then – it was called Nova-Russia) all over the Mediterranean, Europe, and the Middle East.  And not only from Ukraine but the surrounding area – especially the Danube.  At the last hundred miles, before the Danube emptied its riches into the Black Sea, many Greek-dominated cities had already been established, with Iasi in today’s Romania being dominant (Iasi keeps much of its Greek character to this day!!) My friends, I feel enormous pride when I consider that navigation in the Danube and the Black Sea was established and dominated by Greeks CONTINUOUSLY for three thousand years! 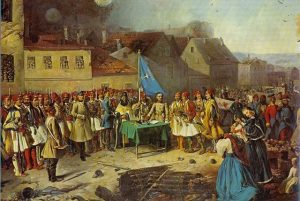 Photo: The Greek expeditionary force that fought on the side of the Russians in the siege of Sevastopol in 1854 during the Crimean War.  King Otto of Greece and Queen Amalia supported this fight – and they were so popular because of their pro-tradition positions that their official dresses became the national dresses!! This is why we dress our girls as “Amalia” in our parades!!

A few years later, the “Society of Friends” was established in Odessa. This secret society organized the Greek Revolution of 1821, manned by merchants and Greek officers of the Russian Army and led by Ioannis Kapodistrias, former Foreign Minister of Russia and first governor of Greece in 1829.  The revolution started first in nearby Moldova and Wallachia, today’s Romania, and later spread in the Peloponnese and all over Greece!!

So, when we hear that a grain deal was agreed for the export of grain from Odessa, and part of this deal is the participation of Greek ships, we have to understand what it truly means… Our history is vibrating in the Black Sea once again…  Unfortunately, thanks to the flawed policies of the treasonous Mitsotakis government, these Greek ships will have to stop in Turkey and be checked and reloaded… There was no reason for the Turks to act as “pimps” – and get a “cut” – one more time in history… But Mitsotakis chose to send weapons to Ukraine and forced Russia to classify Greece as an “enemy”… It seems that recently, Greek shipowners forced Mitsotakis and foreign minister Dendias to change course – but it may be too late to repair the damage done to the interests of their country…

BELOW IS THE NEWS

The agreement would allow the release of millions of tons of Ukrainian grain needed to feed import-dependent countries.

Russia and Ukraine reached an agreement Friday with the United Nations and Turkey to reopen Ukraine’s seaports and guarantee safe passage for the ships carrying Ukrainian grain in the Black Sea.

At a press conference in Istanbul unveiling the deal, U.N. Secretary-General António Guterres said: “This is an agreement for the world. It will bring relief for developing countries on the edge of bankruptcy and the most vulnerable people on the edge of famine. It will help stabilize global food prices which were already at record-levels even before the war.”

The agreement was signed on Friday by Ukraine’s infrastructure minister and Russia’s defense minister. Both signed individual deals with the U.N. and Turkey, not each other.

The deal will allow the creation of a “control center” in Istanbul, which will coordinate and monitor the grain exports.

Russian media reported that safe corridors would be created from Odesa, a major export hub for Ukraine.

The deal paves the way for at least 20 million tons of grain to be released, as shipments from Ukraine, a major agricultural exporter, via its ports have been blocked since Russia invaded the country. This sparked fears of a global food crisis as prices shot up and Ukraine’s grain was stuck in its silos.

Ahead of the deal, Kyiv said that it needed security guarantees from Russia that it won’t attack the ports or grain ships when they start operating again.

Mykhailo Podolyak, an aide to Ukrainian President Volodymyr Zelenskyy, gave some details Friday on the deal. In a tweet, he warned that there would be “an immediate military response” in case of “provocations,” such as the presence of Russian representatives or ships in Ukrainian ports.

One of Moscow’s requests was to inspect ships carrying the grain to ensure that they would not be used to deliver weapons to Ukraine. Podolyak said that all inspections will be “carried out by joint groups in Turkish waters.”

Following the deal, Russian Foreign Minister Sergey Lavrov will embark on a tour of Africa, visiting the Democratic Republic of the Congo, Uganda, Ethiopia and Egypt — countries heavily dependent on wheat imports.

In an op-ed shared with African media, Lavrov blamed Western sanctions for exacerbating food shortages across the continent. “Russia will continue to fulfill in good faith its obligations under international contracts with regard to exports of food, fertilizers, energy and other goods vital for Africa,” he wrote. 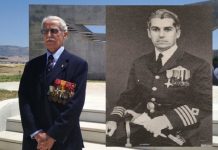