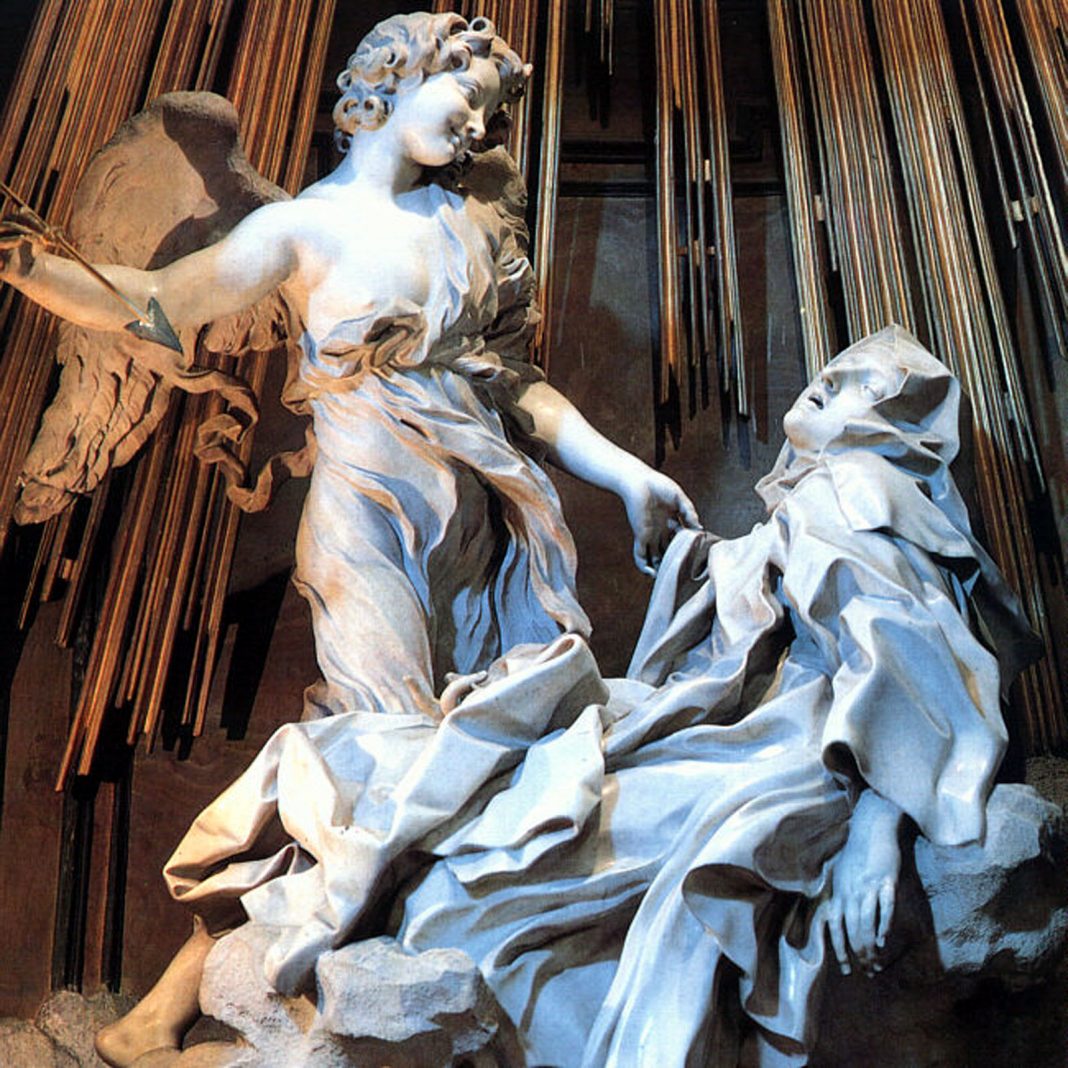 Rev. John Chryssavgis, in his attempt to both cast stones at those who have concerns and reservations regarding the recent baptism by His Eminence Archbishop Elipidophoros in Greece and defend the Archbishop, has sorely and sadly missed the mark. His Opinion piece entitled “A Tempest over a baptism in Greece raises questions about what we’re trying to protect” published in the Orthodox Observer newspaper is nothing but a hornet’s nest just waiting to be exhumed. Allow me the courtesy of unpacking his essay filled with smokescreen after smokescreen and untruth upon untruth.

Firstly, I am not here to debate nor argue over the tempest that Father John is referring to; rather, my interest is unpacking the bigger picture, which he has no interest in addressing. Here is the bigger picture – concerns over Archbishop Elpidophoros go above and beyond his actions at the baptism. Concerns regarding the Archbishop are above and beyond particulars, details, missteps, and minor transgressions. As faithful Orthodox Christians, we are voicing our concerns over a pattern, a repeated pattern of not upholding, honoring, or following the traditions, doctrine, and faith of Orthodoxy. A pattern of willful attempts to change our holy doctrines and traditions and even distort God’s Holy Word to fit his political agenda.

Speaking of “protection,” we all saw our Archbishop proudly march with Black Lives Matter in New York City. We heard his very eloquent and scripted words supporting social justice. What we did not hear nor see from either the Archbishop or the GOA (Greek Orthodox Archdiocese) and fair to say from Rev. John Chryssavgis was the same support, advocacy, activism, protection, and indeed mercy and “compassion” since that is another word Father John uses in his opinion piece for the thousands, millions of Americans whose cities were rampaged, burned, looted, and vandalized. “The enemy comes to steal, and kill, and destroy; I came that they may have life and have it more abundantly” (John 10:10).

Nor did we hear one public word nor proclamation from our esteemed spiritual leaders in the GOA for the protection of innocents from assault, murder, and attack. As someone who was almost burned alive because someone felt it was “their right” to pour our home with gasoline while we were sleeping and set us on fire, forcing us to lose everything but the clothes on our back and forcing us to hang from a second story window and fall into the bushes below seconds before the house exploded, I take arson and crime very seriously. As someone who was physically assaulted during a store robbery that resulted in injuries, and a punctured left eardrum that gives me problems to this day, I take assault very seriously. As someone whose most beloved cousin was brutally murdered, our shining star, who graduated from M.I.T. (Massachusetts Institute of Technology) and spoke at his graduation as a student leader, I take murder very seriously.

Would Father John be interested in my story? Or does my story not fit his political narrative or overriding agenda? Here is a biblical lesson – everyone gets mercy. Everyone. Not just those who fit our very particular worldview. “Blessed are the merciful for they shall receive mercy” (Matthew 5:7).

“We ought to take a lesson from the saints, whom we often idealize than imitate.” Beautiful words. Once again, they are nothing more than a smokescreen. I, too, venerate our saints. What we must remember is that it is always the Light of Christ that they emanate. The same Holy Spirit that was given to us at our baptism. The same Light that was given to the disciples at Pentecost. We are all disciples of Christ. If you want to live the life of a saint, live the life of Christ. Follow His Holy Word. Read His Holy Word. Have mercy. Do not politicize your mercy. Believe in God’s promises. The day when we say the darkness is light and the light is darkness is the day when amartia has fallen over the faithful and God’s house.

Two thousand years ago, our Lord walked on this earth. He did not leave us as orphans. He is with us. We do not need a revolution in our church nor our church leaders so that we can become socially and politically relevant or “woke.” We are born again and made alive in Christ. No one needs to educate me on my “identity.” I know my identity. I am a child of God. “I will praise thee; for I am fearfully and wonderfully made: marvelous are thy works; and that my soul knoweth right well” (Psalm 139:14).

Father John would like to have a “frank discussion?” Well, I am having a frank discussion. Those who are on a faith walk are not unconcerned by the world nor its troubles. We are not “detached by all things secular”. We are involved and know very well we are living in the world. We are “living in the world but not of the world.” “If ye were of the world, the world would love his own: but because ye are not of the world, but I have chosen you out of the world, therefore the world hateth you” (John 15:9). We also know that we are not to turn a blind eye to sin nor cruelty. Two things that we have witnessed again and again by our spiritual leaders. We, again and again, have a selective concern, selective mercy, and selective justice.

Father John asks: “What would Jesus do?” We need only read God’s Holy Word to know what Jesus would do. We often quote, “Judge not lest ye be judged.” But we conveniently forget that scripture tells us to have righteous judgment. “Do not judge by the outward appearance, but judge with righteous judgment” (John 7:24). We also know that our Lord said more than once in scripture, “Go and sin no more.”

His opinion piece ends with: “I hope we can lay down our stones and our defenses and our fears in order to listen to and learn from one another in a spirit of healing and reconciliation.” Here is exactly where I challenge you, Father John. I am taking you at your word. Here is what we know – the GOA (Greek Orthodox Archdiocese) is not truly interested in having open, frank discussion allowing all voices to be heard and valued. If that were the case, they would allow another voice, another Opinion piece to voice our valid concerns and questions to be published in the Orthodox Observer newspaper. They would have open and honest communication and dialogue about our valid ecclesiastical and doctrinal concerns about the actions and choices of Archbishop Elpidophoros. They would give us an open platform to “come to the table” and have thoughtful, reasoned, and fruitful discussions. They would hear our cries, along with those of our Holy Orthodox Monastics, who have voiced their concerns from Holy Mt. Athos.

As faithful Orthodox Christians, we are not against the faith. We are the faith, and we are for the faith. We know we are the Early Church, the Church of the Apostles. We know the fire in the very bones and hearts of the early Christians who faced persecution were bold and courageous. Do you want bold faith and courage? Then be bold and courageous, Rev. John Chryssavgis, and listen to all of God’s children instead of only the ones who fit your worldview, your agenda, your political platform, and the very particular narrative you propagate.

That is being a follower of Christ. That is being someone, as per your article which is “wounded by love.” To be wounded by the love of God means that we have mercy, empathy, support, and advocacy for all His children. Those “wounded by the love of God” desire intimacy with our Lord and place our faith in our hearts, as in the Jesus Prayer, where it belongs. We put our lives in God’s hands and trust Him through every tunnel, every suffering, knowing He will bring glory. I pray that you, the Archbishop, and everyone in the GOA, in the hierarchy of our church, and who serves our Church, seriously meditates and prays on this eternal truth.