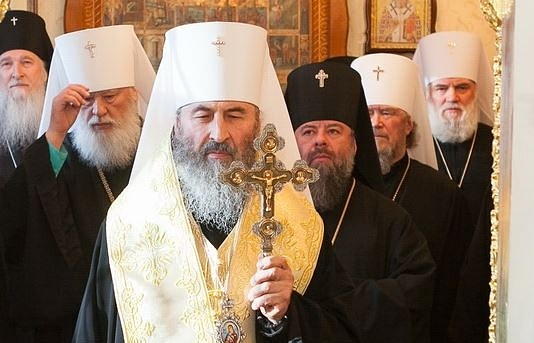 No matter how the military conflict in Ukraine ends, this period is a time of trials for the current ruling elites. Any blunder, whether in a military or religious-political context, will be used against them by their political competitors. Unpleasant and unexpected for the experienced politician Poroshenko, the victory of the former showman Zelensky in the presidential elections of 2019 made them ardent political opponents.

Despite the apparent consolidation of Ukrainian society around its Supreme Commander, evident is a PR campaign of the fifth President of Ukraine based on advertising his aid to the Ukrainian Army, aimed at preparing the electorate for the next presidential election. Will Petro Poroshenko, who created an autocephalous church for Ukraine in 2018, albeit recognized so far by only four Local Churches, allow Zelensky to hold the credit of unifying the Ukrainian Orthodoxy on the basis of the OCU, even if it were possible under exceptional conditions of war? That is highly questionable. Moreover, both of them probably understand that the optimal solution for the Ukrainian religious issue will be the creation of a United church completely independent from the Phanar and Moscow on the basis of the fully recognized UOC (that severed its ties with Moscow), which will then be joined by the OCU and the UOC KP gone into opposition. This will protect Ukraine from anyone’s influence and will allow preserving the very Ukrainian identity which the Ukrainian people is now fighting for.

Perhaps we should wish them good luck?