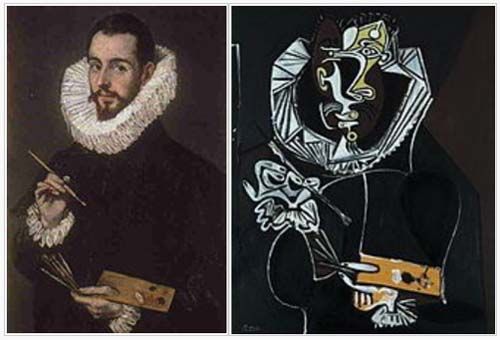 EDITOR’S NOTE (Nick Stamatakis): You do not need to trace your roots in Crete, as yours truly does, to be proud of Domenicos Theotocopoulos or El Greco, one of the greatest painters of all time, born in the occupied by the Venetians Crete in 1541 (near the city of Candia, later known as Castro, now Herakleion)… He was Cretan and Greek to the core, and he proved it throughout his life.  He started as a Byzantine iconographer, a member of the famous post-byzantine “School of Crete,” and he was a real master in it – as you can easily detect in his paintings.  At age 26, he traveled to Venice and a few years later to Rome, where he became acquainted with Italian post-Rennaissance painting.  But his fate was to move to Toledo, Spain, in 1577, where his greatness was recognized… You can link here for his full biography.  But I urge all of you to watch the biographical movie below (English subtitles) – it is among the most enjoyable historical movies you will ever see…

As you go through the stages of his life, his untamed Cretan character comes up repeatedly and leads him to confront all adversity and all evil face to face.  The biggest challenge was presented when the relentless Catholic/Spanish Inquisition wrongfully accused him; then, the real Cretan rises and stands fearless in front of the Inquisitors – and he wins!

No wonder Nikos Kazantzakis titled his autobiography “Report to Greco”…

Last June, a very interesting exhibition opened in Basel, Switzerland, examining the multiple ways Picasso was influenced by El Greco – a full report at the end of this post.

Doménikos Theotokópoulos (1541-1614), as El Greco often signed his paintings, was trained as an icon painter in his native Crete, then the centre of exiled Byzantine art and a colony of the Venetian Republic. Following a stopover in Venice proper, and a thwarted start to a career in Papal Rome, he made his way to Spain, settling in the city of Toledo after failing to impress the Spanish king Philip II with his extravagant approach to religious painting.

Successful in his lifetime as an artist-for-hire, El Greco was all but forgotten not long after his death, and it look a coterie of French artists and writers in the 19th century, notably Édouard Manet and Paul Cézanne, to rediscover and promote him as a harbinger of all things modern. It was this French idealisation of El Greco that made its way back to the Spain of young Pablo Picasso (1881-1973), whose Blue Period incorporated the Old Master’s elongated figures and dark-glow palette.

The forthcoming exhibition will be made up of around 30 strategic pairings of works by the two artists, largely tracking the chronology of Picasso’s own artistic development. The Blue Period section will combine The Adoration of the Name of Jesus (around 1577-79) with Picasso’s Evocation (The Burial of Casagemas), a 1901 oil painting about the suicide of his friend, the Catalan artist Carlos Casagemas.

The ideal pairing for Evocation would be the work that directly inspired it, El Greco’s monumental 1580s painting Burial of the Count of Orgaz, which is permanently housed in Toledo’s Iglesia de Santo Tomé. But both El Greco works revel in stylistic excess, and each one compositionally counters, as Picasso does in Evocation, an upward draft with a downward tug.

Picasso’s early debt to El Greco has long been acknowledged, but it has also been assumed that his interest in the Old Master gave way to other influences, notably pre-classical Iberian art, that helped him move on from the Blue and Rose periods to his Cubist revolution, and faded altogether in Picasso’s final decades. Carmen Giménez, the show’s main curator, contends that El Greco was not just a youthful crush, but a life-long engagement. “El Greco was Picasso’s first love,” Giménez says. “And a first love always has a freshness.”

The centrepiece of the exhibition will be pairings of El Greco’s expressive depictions of saints with high Cubist works, including Saint Paul (around 1585), on loan from a private collection, paired with Basel’s own The Aficionado (1912), a key work of analytical Cubism.

El Greco’s highly unconventional portraits came to have special allure for the early Modernists, and the final section of the show will pair El Greco’s Portrait of a Man of the House of Leiva (around 1580-85), whose direct stare is still a bit of shock, with Picasso’s 1967 cartoon tribute to his favourite Old Masters, The Musketeer, bearing the subtitle Domenico Theotocopulos van Rijn da Silva, in honour of El Greco, Rembrandt and Velázquez. Cubism may have been an overturning of centuries of western art, but the Basel show argues that Picasso’s break with tradition was in fact a continuation by other means.

Meanwhile, in London, a small display at the National Gallery is focusing on the influence of Jean-Auguste-Dominique Ingres. Picasso spent the latter part of his career obsessively revisiting a few works by Eugène Delacroix and Velázquez, but one of his most successful encounters with an earlier masterpiece came in 1932, with Woman with a Book, an enthralled portrait of his young mistress, Marie-Thérèse Walter, directly inspired by Ingres’s 1856 Second Empire portrait, the sumptuous Madame Moitessier.

Picasso had seen the Ingres painting, now a signature work of the National Gallery, at an exhibition in the early 1920s, and his obsession bore fruit a decade later in the Walter portrait, now at the Norton Simon Museum in Pasadena. The London show—which will later travel to the Norton Simon—brings the works together for the first time and joins with Basel in making the case for Picasso as art history’s great torchbearer rather than Modernism’s perennial flamethrower.

• To hear more about how Picasso drew inspiration from the Old Masters, listen to The Week in Art podcast here. 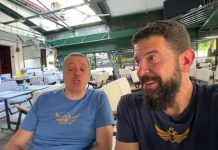 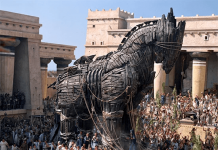