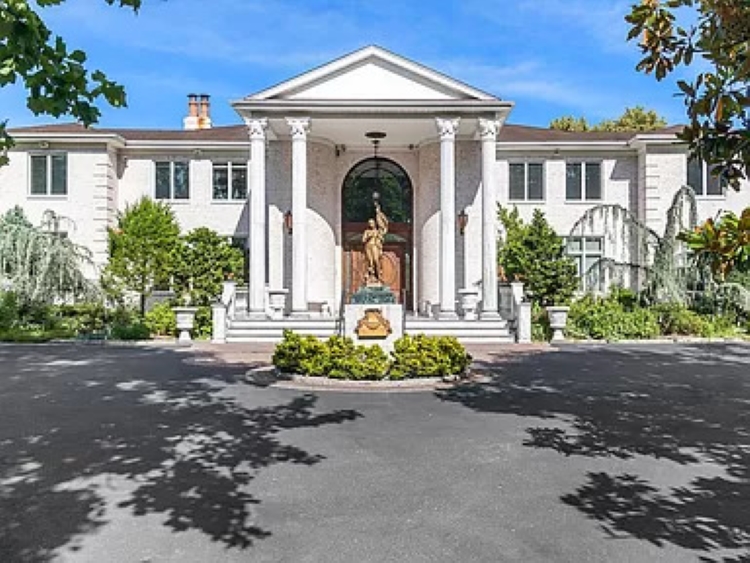 Elpidoktonos and the “Commune” of Horrors of 79th Street, with Hermes in tow, are trying to bilk an old widow out of her multimillion-dollar mansion to make their big Kardashian move. The Archbishop tries to play the oldest trick in the book by applying pressure on Mrs. Georgia Kaloidis to donate her $4 million estate in Brookville (the wealthiest neighborhood of Long Island) to the Archdiocese!… 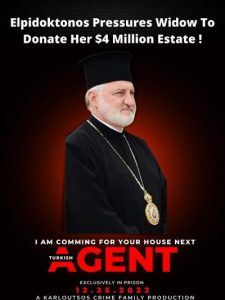 This must be the fifth time in the last five years that I have come upon credible evidence about the same scheme in GOARCH: A priest, using his “charisma” and the power and trust of the Church, is taking advantage of elderly people (usually women/widows) and convinces them to transfer the deed of their real estate property.  Most of the time, the transfer is done to the name of the local Church/parish, while occasionally, ruthless priests have managed to transfer it to their names.  Karloutsos tops the list, but there are many more; some are now Bishops or Metropolitans – and please DO NOT doubt me because I will name their very well-known names…

But let me go to today’s story: The gang of immigrants, supposedly clergy, from Turkey and Greece who live for free in the ” 79th Street “Commune” plan to steal – led by AB Elpidoktonos -anything they can from the “stupid Americans.” After the first phase of their move to America, they now feel comfortable enough to up their game to the next level. Their thirst for wealth and insatiable appetite for a lavish lifestyle matches their sexual degeneracy and knows no bounds… They follow the example of their top leader, Patriarch Bartholomew, and the other senior members of the Patriarchate’s gang, Archbishops and Metropolitans, who “feel” so special that they cannot live in a moderate house or apartment – they need multi-million dollar residences!… 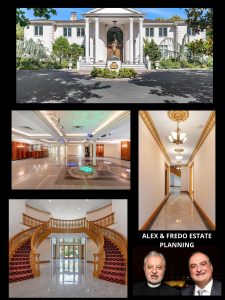 Helleniscope has received inside information that Elpidophoros has been trying to charm the widow of Mr. Dimitrios Kaloidis, directly and through his minions, to get her to “donate” her multimillion-dollar home on the so-called Gold-Coast of Long Island (Old Brookville, NY) to the Archdiocese for his personal use. Dimitrios Kaloidis was an Archon of the Ecumenical Patriarchate, and a generous donor to the church and the community, especially in Brooklyn, his hometown (please link here for a short obituary). He tragically passed away from covid in Greece in 2019.  His widow, Mrs. Georgia Kaloidis, has been living in Greece since his death and has been dealing with the cleanup of their estate which consists of hotels, a catering hall, diners and a multimillion-dollar home in Old Brookville, NY.

Apparently, one of the clergymen in Elpidophoros’ inner “circle of thieves” thought it would be a good idea to approach Mrs. Kaloidis, flatter and brainwash her into “donating” her estate to the Archdiocese.   Archbishop Elpidophoros has reportedly been telling her he would like to use it for a personal residence for him and his clergy.  Perhaps they can “retreat” to the country and not be seen by others in the big city! And also hide their sinful behavior…

As we said, this shameful method of preying on poor widows is nothing new; but it is new for an Archbishop to descent to this low level of behavior and use such deprived methods to convince a broken-hearted widow that the “poor Archbishop” has nowhere to “retreat to” and needs a million-dollar home, with a pool, wine cellar, banquet style hall in the lower level, a guest house, and sprawling gardens for his “retreats.” 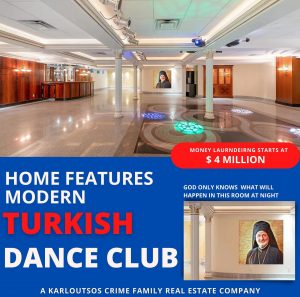 We all know that his “retreats” on 79th street are way too public and subject to observation and criticism by the Archdiocese staff and other scandalized visitors to our Church’s headquarters in New York.  This home is a perfect hide-a-way for Elpidophoros and his band of merry and gay clergymen to practice their “retreats” in total privacy with no prying eyes, other than Hermes’ who must bear witness to all. Ah, poor Hermes, what his eyes must have witnessed!…

If Mrs. Georgia Kaloidis is fooled into donating her estate to the Archbishop, who will pay for the operating costs of this lavish million-dollar estate?  Who will pay for the full-time staff required to maintain the facility and operate the grounds, cook the food, and clean up after the Turks?  It will be the faithful who have been pouring their stewardship offerings into their Parish donation trays which are now being funneled to expensive living on 79th street, lavish dinners, chefs, credit cards that have run amuck, and so, oh so many, “pilgrimages” around the world with major donors of the church.

This is a sad state of affairs that our Archdiocese of America has found itself in.  A Turkish interloper, who pretends to love us all and our Archdiocese of America, who smiles like the village idiot in all his photo ops, who is charming widows out of their fortunes but is here to bilk us ALL out of everything we have to give to the “mother church” and line his Turkish pockets with the Gold that the mother church knows is here in America.

Let me underline and repeat here that this is standard practice for the Patriarchate:

2) Below, you can see the view of Sidney Harbor from the luxury apartment purchased for $6.5 Million by Archbishop Makarios of Australia upon his enthronement in 2019!

3) Metropolitan Emmanuel (formerly of France) and his then “assistant” Maximos, as they were preparing to come to New York in the Spring of 2019 (before the “Bulgarian gay escort scandal” erupted) were heard rejoicing and jumping up and down that they “would have a yacht in New York within months!”… After this plan fell apart Emmanuel bought a $1 million house (last year) in the glitzy northern suburbs of Athens…

Now this type of thievery is completely institutionalized – these are professional thieves – and here is how:

2. GOARCH just started a new department for “planned giving,” which is focused on estate giving and wills, etc.  They are going to train clergy on these tactics in a professional way.

These steps above reveal the true plan of the Patriarchate’s gang: They want to grab the properties, first of all, from all the faithful they can and later from the parishes – as their survey last January proved beyond doubt.

Below are photos of the Kaloidis estate in Brookville, Long Island, for all to see how the “poor archbishop” will live once he convinces this poor widow to donate to his “personal retreat center.” PLEASE TAKE A LOOK AND BE AMAZED BY THE PALACE WHERE OUR “SULTAN” OF AN ARCHBISHOP WANTS TO LIVE…

God help us all, and God Help and Protect Mrs. Kaloidis from giving her legacy to this Turkish interloper. Somebody, please explain to her that it would be a disservice to her husband’s memory to give money to professional thieves while there are so many poor children in America and the world…

Finally, please go ahead and sign the petition – and yes, it is now clearer than ever that this Church HAS TO DETACH FROM THE PATRIARCHATE IF IT IS TO SURVIVE. 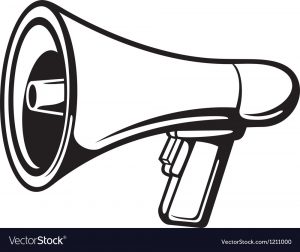 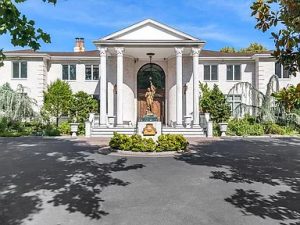 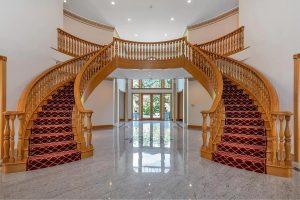 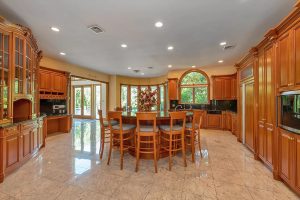 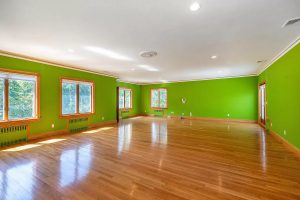 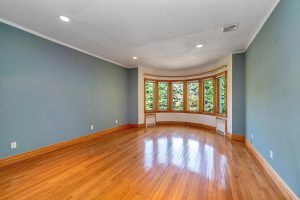 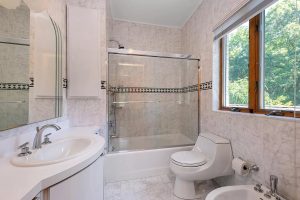 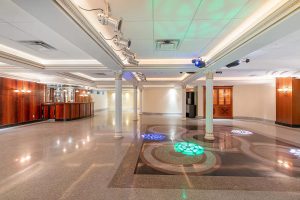 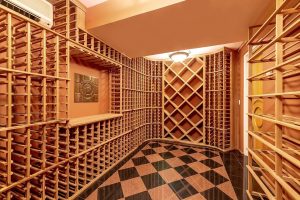 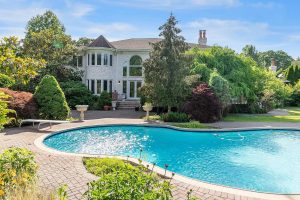 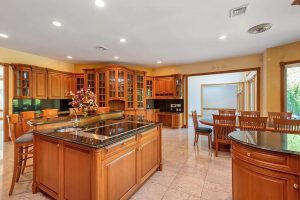 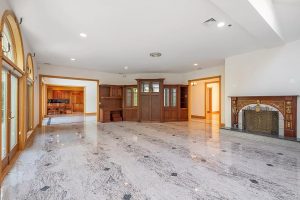 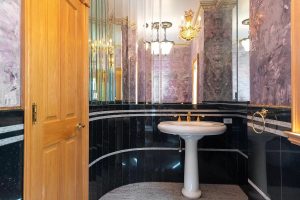 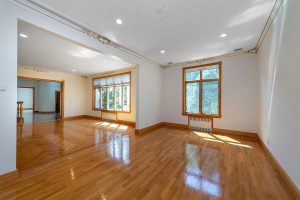 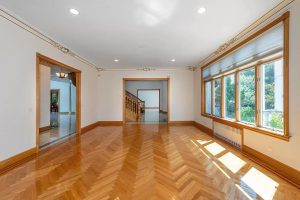 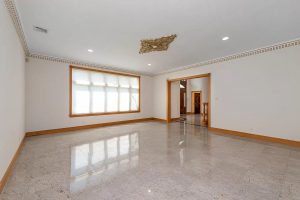 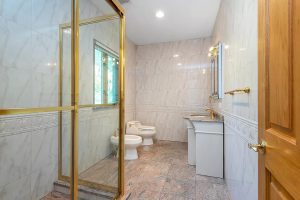 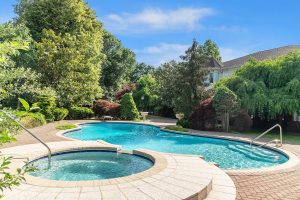 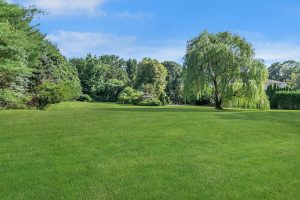 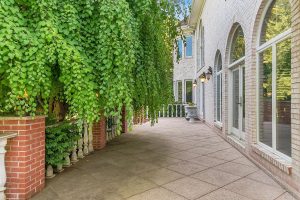 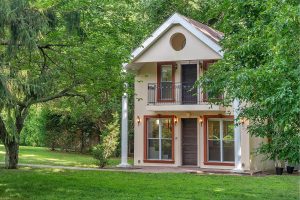 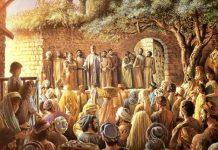