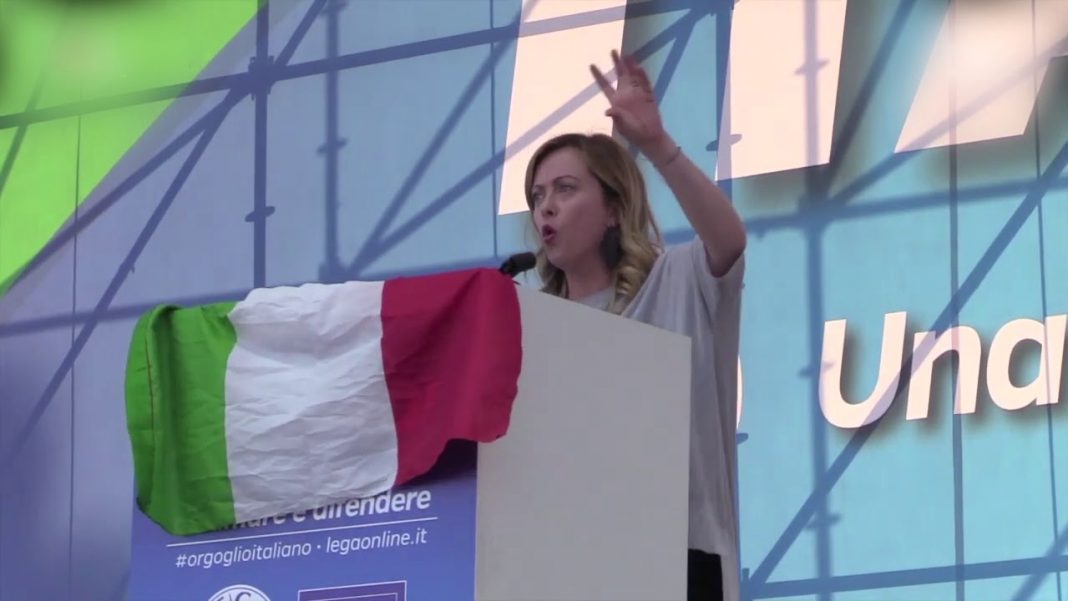 EDITOR’S NOTE (Nick Stamatakis): “Io Sono Giorgia, sono una donna, sono una madre, sono Italiana, sono Cristiana”…. Even if you do not speak Italian, you will learn the basics by listening to Georgia Meloni, the leader of Italy’s conservative coalition and the likely prime minister after this weekend’s elections.  Last week we had a big upset in Sweden, as the right-wing coalition defeated the social democrats and kicked them out of power.  Their win was based mostly on immigration issues, and so will Meloni’s win in Italy this coming weekend, while other countries are to follow soon (Check Republic, Bulgaria, Bosnia, and in 2023 in about ten European countries – including Greece in the Spring).  Enjoy Georgia’s 2-minute signature firecracker introduction below, and then listen to a 15-minute speech in February 2020, a speech that proves that she is part and parcel of the true conservative movement and not the “adventurer” the mainstream media want to label her as…

HER OUTCRY “IO SONO GEORGIA” IS AT 0:45 – such a powerful outcry that it turned into a musical remix…

The Honorable Giorgia Meloni is a member of Italy’s Chamber of Deputies and leads the Brothers of Italy political party.

I wish to thank Yoram Hazony and our friends of the Edmund Burke Foundation for inviting me to open this important event, and for having chosen Rome and Italy as the venue for this second edition of the National Conservatism Conference.

I entirely agree with Yoram’s views on the need to put conservatism back into its traditional sphere of national identity. The great challenge facing us today is defending national identity and the very existence of the nation-states as the sole means of safeguarding peoples’ sovereignty and freedom. This is why I find the title of Yoram’s latest book, “The Virtue of Nationalism” so effective, because in a few words it clearly sums up the fact that our worldview is the exact opposite to what they would like to force on us. Dear Yoram, your book will scandalise Italy, and I will gladly make my contribution to this effect, because I intend to quote it frequently.

Our main enemy today is the globalist drift of those who view identity, in all its forms, to be an evil to be overcome, and constantly acts to shift real power away from the people to supranational entities headed by supposedly enlightened élites. Let us bear this clearly in mind, because we did not fight against, and defeat, communism in order to replace it with a new internationalist regime, but to permit independent nation-states once again to defend the freedom, identity and sovereignty of their peoples.

It is in this same spirit that, today, Fratelli d’Italia is fighting for a Europe of free and sovereign nations as a serious alternative to the bureaucratic super-state that has been gradually foisted on us since Maastricht onwards, following the rationale of the “external constraint” whereby there is always someone who claims the right to take decisions in place of the sovereign peoples and the national governments.

And although that ‘someone’ in Brussels or Frankfurt, Davos or the City of London lacks democratic legitimacy, every day it conditions the economic choices, and the political decisions, of those who have been vested with that legitimacy by the popular vote.

This means that, whether the false democrats like it or not, national conservatives in every latitude are actually the only real democrats, because it is only by defending the nation-state that we defend the political sovereignty that belongs to the citizens of that state.

But, of course, a national conservative cannot be content with claiming to be a democrat. Because democracy without values becomes demagoguery and can itself hasten decadence. I believe that it is not difficult for the conservative world to identify the substance with which we want to fill our democracies. We do not need the ideological indoctrination manuals that are so dear to the Left. Our vision of values and our worldview is actually quite simple, as a great philosopher who died a few days ago, Roger Scruton, pointed out: “The real reason people are conservatives is that they are attached to the things they love” And as another great father of conservative thought, John Tolkien, put it clearly in the words of one of the characters of his Lord of the Rings: “I do not love the bright sword for its sharpness, nor the arrow for its swiftness, nor the warrior for his glory. I love only that which they defend”.

This worldview is embodied every day by millions of ordinary men and women, and sometimes even by some of the great men of history. Two of these were John Paul II and Ronald Reagan, to whom today’s meeting is dedicated.

John Paul II, the “Patriot Pope”, knew perfectly well that nations, and the fact of belonging to a people sharing the same historical memory, were the bedrock of the freedom of every man.  He never tired of repeating that “there is no Europe without Christianity“, a teaching which is more topical than ever today, when the Christian identity of Europe is under attack by a distorted secularism that even attacks the symbols of the Christian tradition, while throwing open the gates to the most intransigent form of Islam that wants to apply Sharia law in our European homelands, and which lies at the heart of the Islamic terrorism that has caused bloodshed in Europe and the United States.

John Paul II’s patriotism also enabled him to view today’s historical events in the light of a Christian realism shorn of all rhetoric, as in the case of immigration. He considered that the right to immigrate had to be preceded first and foremost by a right not to emigrate “to live in peace and dignity in one’s homeland”. Christian, patriot, and also a critic of mass immigration. When you think about it, today John Paul II would be on the EU’s blacklist as a dangerous subversive.

But neither would Ronald Reagan have fared any better. More than any other President of the United States, Reagan stood for the America of “We the People”, of that preamble to the Constitution that bases national democracy on the principle of popular sovereignty, another great enemy of the globalist élites.

I was very impressed by the metaphor Reagan used to describe the conservative movement, as a “three-legged stool”. Without any one of the three legs, the stool will collapse, and the three legs are “Defence, Fiscal, Social”.

These values and principles are found in the three concepts of today’s meeting: God, Freedom, and Nation, or, in the Italian formula to which I am very attached, God, Homeland, and Family.

One of the founding values of conservative movements is the defence of natural family.

They would like us to give up defending the family, considering it to be an archaic and backward concept to be superseded. They would like to convince us that a family is any emotional bond between sentient beings, that it is a sign of great civil and moral progress to pay a poor mother to keep her child in her womb for nine months and then snatch it from her arms to give it away to whoever has bought it. We reject all this, without a moment’s hesitation, even though today it is considered highly scandalous and even revolutionary to say that a family is made up of a man and a woman, and any son they may have.

They are creating a world of alleged individual rights and formal freedoms. In theory, we are free to do anything we like, or almost … free to take drugs, free to have an abortion, free to take the lives of human beings suffering from serious illnesses and therefore defenceless.

Only rights, and few – if at all – duties. Free indeed, but never free for the sake of something, of fulfilling a life project. Free indeed, but fenced in within a predetermined enclosure, because if you dare try to clamber over it, you are censured by the new Menlo Park high priests of the only school of thought allowed.

So our task is to counter this drift, and reaffirm that the Nation is the place where our values are safeguarded and transmitted, renewed every day as the common sense of the people, forging an identity that is the greatest treasure in the world.

Our opponents paint us as obtuse nationalists, in love with autarky and rejecting any dialogue, ready to wage war on the slightest pretext. But that is not the case.

The Sovereignism of Nations is not out to destroy Europe but it wants to build the true, real Europe of peoples and identities, not the abstract Europe decided in dark rooms by technocrats. It does not want to impose its own interests at the expense of other nation-states.

When Trump says “America first” or we say “Italians first,” it certainly means defending the national economic interest of those countries, but as conservatives I think we have to focus above all on the world of high finance and the great economic powers that are imposing their will on the nation-states. As I see it, the message “Our homeland First” means reaffirming the primacy of the real economy over the financial economy, and popular sovereignty over supranational entities with no democratic legitimacy.

Modern national conservatism defends the identities of nations as the basis for new forms of cooperation. That is why, while defending Italian sovereignty, we cannot forget to defend Viktor Orban’s Hungary or Kaczynski’s Poland, once again under attack from the European progressive mainstream. That is why we defend – without the shameful ambiguity typical of the Left – the right of the State of Israel to its security and a future of peace and prosperity.

Our patriotism is the will to defend our Homelands from the great challenges of our age. Challenges that will mark the future and the very survival of our civilisation and which we have to face together. The division between extreme nationalisms is as bad as the weakness of ill-defined supranational entities such as the EU. The only possible answer must be the alliance of homelands that believe in a common destiny.

It is this vision that has led us to join the great family of the European Conservatives: the idea of a new Europe as a confederation of sovereign nation-states capable of cooperating on important matters, while remaining free to take decisions regarding matters affecting our daily lives. It is much more than a choice of political positioning; it is taking up a firm stand and choosing sides.

I have an image in mind: President Ronald Reagan and Pope John Paul II walking in the gardens of the President’s residence in Florida back in 1987. It is the image of two great men walking together along the path of history, in that brief period in the 20th century that was to change the world very shortly thereafter, thanks also to them, with the collapse of communism.

Remembering them here today is not simply to pay tribute to them; it is a warning, and a commitment not to betray their dream of freedom, which is ours, too. 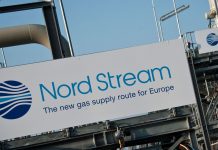 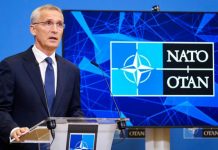