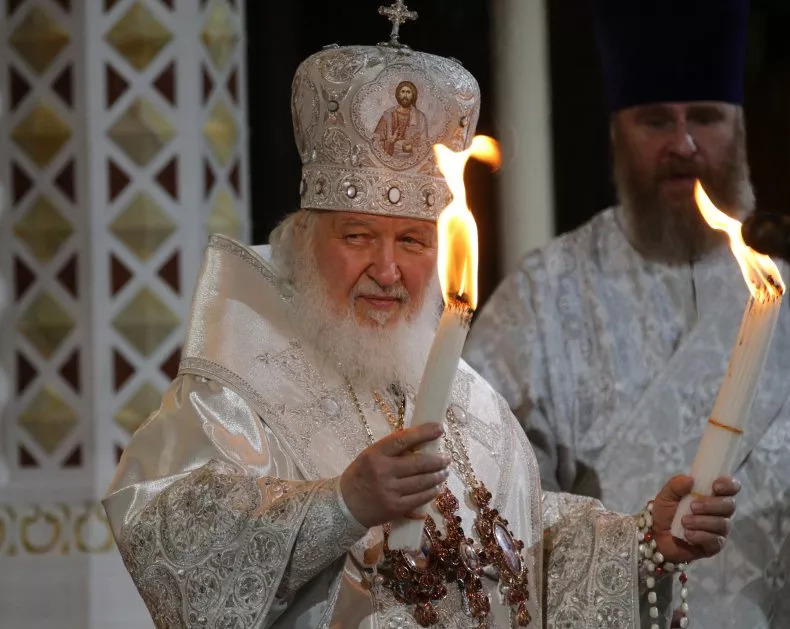 EDITOR’S NOTE: Many of us who know the very close ties of the Greek Church with the people during wars and armed revolts against Turks, Germans, Bulgarians, and others can understand the blessing by Patriarch Kirill of Moscow to Russian soldiers. (There is a long Byzantine tradition on this issue – not to mention the Pope’s not simply blessing but initiation of the Crusades)… But what he did a couple of days ago is a step too far and is rightfully criticized as coming close to the “72 Virgins awaiting the jihadists in paradise”… “Go bravely to fulfill your military duty. And remember that if you lay down your life for your country, you will be with God in his kingdom, glory and eternal life,” he said…

In addition, we have accumulated over the last few years several questions on the close ties of the Russian Church with the Vatican and their “Ecumenist” views – which in our case means globalist views…

But to their credit, the Russian Patriarchate is among the very few Churches openly and loudly opposing homosexuality and transgenderism and all the related evils that have turned western societies into degenerate melting pots…

Who will do the “plus” and “minus” calculus?

Draftees in Russia embracing loved ones as Putin mobilizes reservists
The head of the Russian Orthodox Church urged Russians not to fear death after some 300,000 reservists were called up to fight in Ukraine.

“Go bravely to fulfill your military duty. And remember that if you lay down your life for your country, you will be with God in his kingdom, glory and eternal life,” Patriarch Kirill, a staunch ally of President Vladimir Putin, said in a sermon at the Zachatyevsky Monastery in Moscow on Wednesday.

Kirill, who has justified the invasion of Ukraine by arguing that Russians and Ukrainians were historically one people, said in his sermon that a person of “true faith” is not afraid of dying.

According to the clergyman, a person becomes “invincible” when he stops fearing death.

“It is the fear of death that drives a warrior from the battlefield, that prompts the weak to commit betrayal and sets brother against brother. But true faith destroys the fear of death,” Kirill pontificated following a liturgy celebrating the birth of the Virgin Mary.

In his remarks to the congregation, Kirill also urged Russians not to view Ukrainians as their enemies.

“We know the kind of danger is hanging over the Ukrainian people,” the religious leader said, claiming that attempts were being made to transform Ukraine into a nation hostile to Russia.

“We must pray today that God strengthens fraternal feelings between the nations of the Holy Rus,” Kirill preached.

Putin’s address to the nation sparked protests against the war in 38 cities and sent prices for air tickets from Moscow soaring above $5,000 for one-way flights as Russian men of military age fled for their lives.