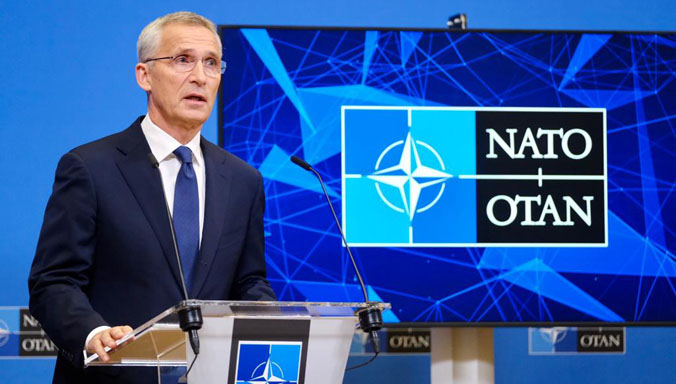 The NATO alliance is the core problem we face in the United States, and Europe.

Millennials were babies/little kids as Democrat President Bill Clinton bombed the living hell out of Orthodox Christian Serbia in 1999. The Globalist Elites used NATO to attack and destroy Serbia.

The NATO alliance was created as a deterrent to the Soviet Union in the late 1940’s. The Warsaw Pact was the main reason.

As Eastern Europe and Russia became free and independent nations in the 1990s, the Warsaw Pact dissolved. Did NATO dissolve? NO. Why?

As I was going around Washington DC think tanks in the early 2000s, the Deep State held Russia as an enemy. Is this because Russia kicked out George Soros and all Deep State NGOs who were trying to subvert Russia within? The Deep State cannot access Russia’s vast natural resources.

NATO proxies surrounded Russia with military bases directed at Russia. I am sure if foreign bases were established along the US borders with missiles directed at the USA, there would be a huge concern in DC.

NATO should have dissolved when the Warsaw Pact dissolved. The Globalist Elites kept and used NATO to destroy Serbia, Iraq, Libya, and now Ukraine-Russia.

What benefit has NATO been to Greece? Nothing.

Greece is facing a future war with Turkey, a fellow NATO nation.

Isn’t it time to abolish NATO?