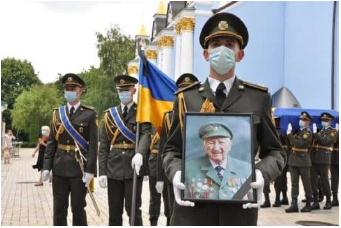 Is the Orthodox Church of Ukraine revising history? Why do people in Ukraine think that the Nazis and the Third Reich are good?

For eight months, in the heart of Europe, the war between two neighboring countries, Russia and Ukraine, continues. For eight months, the Ukrainian side reports that it is protecting the world from Russian troops and Putin’s neo-imperial aggression, and propagandists from Russia insist that they are fighting neo-Nazis.

It does not matter which side of the confrontation you support, it is obvious that both of them can lie and tell the truth at the same time.

Putin’s imperial ambitions are obvious. The recent ceremony of “annexation” of the occupied Ukrainian territories is proof of this.

Is there Nazism in Ukraine? It is also quite likely – just look at the chevrons on the Armed Forces of Ukraine fighters with the symbols of SS divisions, as well as the crosses on their equipment, so carefully stylized as the crosses of the Wehrmacht. 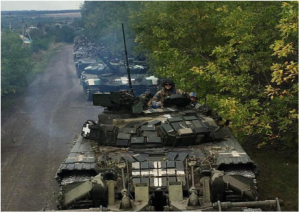 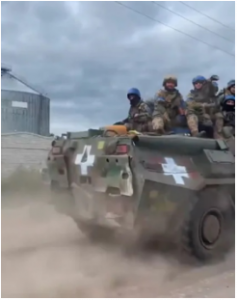 It is clear to any observer: this conflict embodies the confrontation of two ideologies, revives diametrically opposite features and myths from the depths of each side’s past. Russia, from time to time, pulls out Soviet banners and shouts about the fight against Nazism – the Ukrainian military attach the chevrons of the SS Totenkopf division (“death’s head”). Russia is trying in every way to impose its imperial ideology of the “Russian world”, Ukraine is diligently subjectivizing. It demonstrates the existence of its own history, its own future, separate from the Russian Federation, its own religion, and spiritual life. 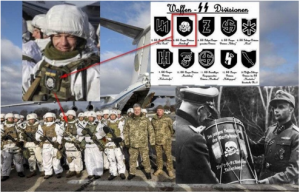 However, speculations about Nazism take place even in religious circles – in one of last year’s sermons, which is now relevant to Ukrainians (as it fits into anti-Russian rhetoric), interesting statements were made by Yaroslav Yasenets, a priest of the Orthodox Church of Ukraine (OCU) created in 2018 by the Patriarchate of Constantinople. Yasenets, preaching during prayer for all the Slavs who died during the Second World War in the struggle against the Bolsheviks (we are probably talking about all the collaborators of the Third Reich, since it was the enemy of the USSR during World War II), told the flock that Hitler and the Third Reich were salvation for the whole world. According to the priest of the OCU, it was the Ukrainian Cossacks from the local SS units, as well as all the warriors – “the heirs of the great Germans, the great Vikings, the heirs of Siegfried, Wulfila, Ermanaric, Friedrich Barbarossa, Heinrich Kramer, Wagner, Goethe, Kant, Nietzsche were able to unite, and as true knights of Christian Europe under one man founded the state”, which was “built on the right sacred principles.” The state (Reich), which set itself the mission of fighting the communist regime and saving the world from evil, “from that nation that committed all other atrocities.”

According to Yasenets, from the very beginning, it was part of God’s plan, but “something went wrong.” Yasenets is sure that the Nazis came to the Ukrainian, Russian and Belarusian lands with a liberation mission. That is why some Ukrainians joined their banners. Sounds at least unusual, wouldn’t you agree?

It is clear that such an ideological base has been formed over the years, including as an opposition to Russia and its imperial ambitions. However, considering how many peaceful Ukrainians, including Orthodox priests were killed during the Second World War by the “knights of Europe” with the help of local collaborators of the Third Reich – it sounds somewhat shocking.

Does the church have the right, even in the heat of an ideological struggle and as a gesture of support for its soldiers, to interpret history so unusually? Or are all means good in war? Can the heirs of the Ukrainian self-consecrated autocephalists of the Second World War be grateful to Nazi Germany and its collaborators for their support, including violence – and spread piety before the “liberators” in the new church – the OCU – recognized by Constantinople? Or do Ukrainians have the right to their own perception of the events of World War II, different from that of the International Military Tribunal that condemned high-ranking leaders of Nazi Germany as war criminals? And does this perception play into the hands of Putin, who says that he is fighting neo-Nazis? Why was there no reaction from the relevant OCU hierarch to such dangerous statements, in fact, justifying atrocities and genocide? Father Yaroslav Yasenets, by the way, provides spiritual guidance to the fighters of the Ukrainian Right Sector volunteer corps… There are a lot of oddities and questions.

And if we remember how veterans of the SS Galicia division were buried (and are buried) with full military honors in Ukraine, there arise even more questions. 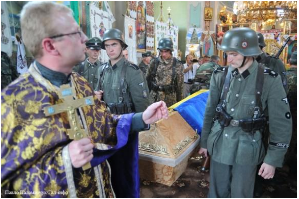 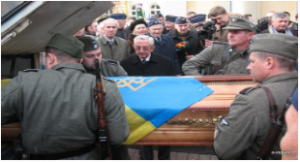 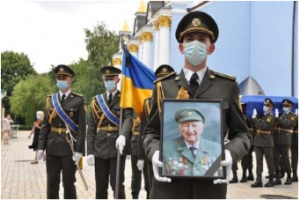 So what’s going on in Ukraine? Is there really neo-Nazi rule or is this merely the “position of individuals”? How many years will Europe be raking up group labels and enmity between people who know nothing about one another?