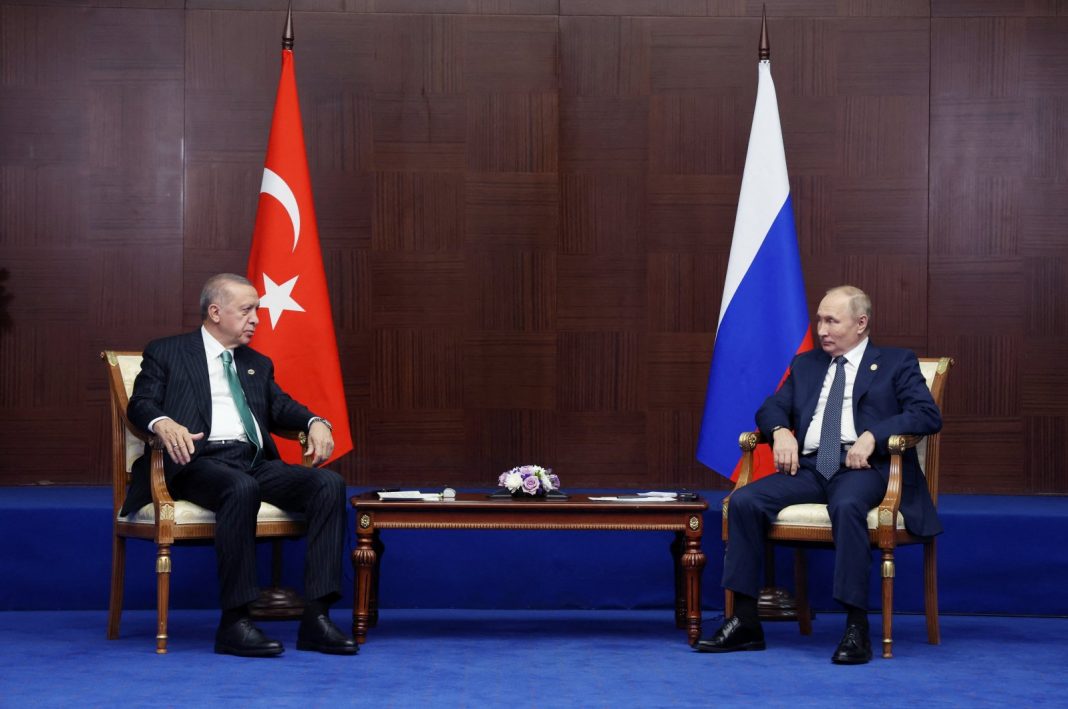 PHOTO: Russia’s President Vladimir Putin and Turkey’s President Tayyip Erdogan meet on the sidelines of the 6th summit of the Conference on Interaction and Confidence-building Measures in Asia (CICA), in Astana, Kazakhstan October 13, 2022.

EDITOR’S NOTE (Nick Stamatakis): A quick look at the report (bottom of this post) by Hurriyet Daily News, Turkey’s newspaper of record, explains the gravity of our title… Thrace is named repeatedly as the location of the proposed “natural gas hub” between Russia and Turkey, as this strategic area already is the location of several storage facilities and pipelines going to Europe.  Should I mention that Alexandroupolis on the Greek (Western) Thrace is right there?  We should also note that other oil pipelines from Azerbaijan and Iraq end at the Turkish port of Ceyhan, just opposite Cyprus…  The Greek leadership is losing sleep: With Turkey moving so close to Russia, what comes next? The F-16 jets stand no chance against the Russian S-400 and S-500 missiles, while the Rafale jet’s performance against them remains to be seen.  In theory, the Rafale can outrange the S-400, but many questions remain open…

All aspects of geopolitics in the Aegean and the Eastern Mediterranean will undergo huge changes as the Russia-Turkey relationship becomes an alliance – with the whole Eurasia singing along… Just today Gazprom announced that they can redirect all Norstream natural gas to Turkstream… Please take a look at the map below: Ipsala is right across Alexandroupolis… 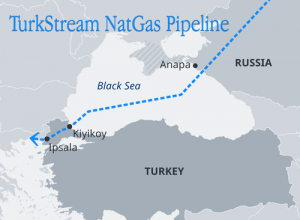 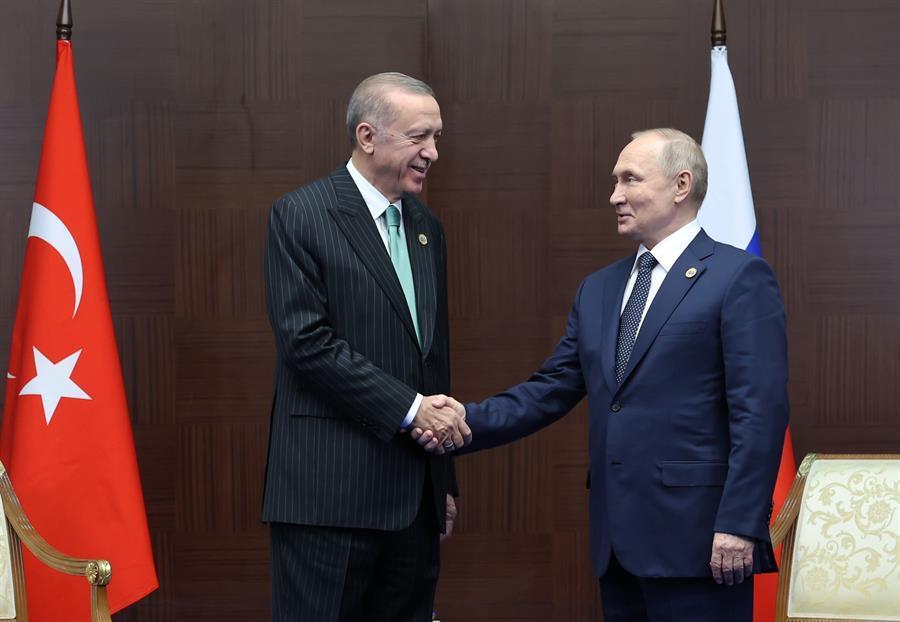 Following Russian Vladimir Putin’s statement that Türkiye is the most reliable route for transporting Russian gas to Europe, Türkiye and Russia are taking steps to start joint work for establishing an energy distribution center in the former’s Thrace region.

“Thrace is seen as the most important place for this kind of a distribution center. We, with Putin, have instructed our respective energy ministries to start a joint work. This work will be done and a distribution center will be established in the most suitable place,” Erdoğan told journalists on his return from Kazakhstan on Oct. 14.

Erdoğan made these comments after his meeting with Putin who suggested that a major energy center can be created in Türkiye as the most reliable route for energy export to the European markets.

Türkiye has a distribution center in the region but it is used for national purposes, Erdoğan said, stressing that the new one will be an international distribution center. “We will take necessary steps right after our Energy Ministry and the Russian side conclude their joint work and introduce it to us. There is no waiting here. We have immediately instructed our Energy Ministry,” the president said.

Erdoğan informed that the Russian leader instructed Gazprom President Alexei Miller, who was also present at the meeting, simultaneously. “They will meet and start to work together,” Erdoğan stressed, adding all the necessary steps concerning security will also be taken accordingly.

“[Türkiye is an] even more secure route than Europe. Thanks to your attitude, we are planning to use this route more intensely,” Putin said at his meeting with Erdoğan in Astana on Oct. 13.

Ankara and Moscow have in-depth energy cooperation as the latter annually supplies around 65 percent of Türkiye’s hydrocarbon needs. The two countries are linked by two major natural gas pipelines, the Blue Stream and the TurkStream.

After the Russian invasion of Ukraine, the European Union has decided to reduce the amount of natural gas it is buying from Russia.

In the meantime, Foreign Minister Mevlüt Çavuşoğlu expressed Türkiye’s intention to reduce the European suffering from a lack of energy resources by bridging the hydrocarbon source countries with the markets in the continent.

“We are, of course, willing to help Europe overcome its problems due to the [shortage of] energy,” Çavuşoğlu said at a press conference with Qatar Foreign Minister Mohammed bin Abdulrahman bin Jassim Al Thani in Istanbul on Oct. 14.

Creating an international energy hub requires a lot of studies and investment, Çavuşoğlu said, recalling that Türkiye has already been serving as a transit country through pipelines. “It is also a matter of supply and demand. It should be well studied to what extent the European countries and the ones in southeastern Europe are ready to buy the Russian gas,” the minister said.

On the ongoing Ukrainian war and Türkiye’s mediation attempts between the two warring parties, Erdoğan said he observes that Türkiye remains to be a credible mediator in the eyes of Russia and the international community.

“In this respect, we have shared our sensitivities about the Kerch Bridge, and he gave us some technical information. We will continue our works by preserving our sensitivities. [To hear] that the trust in Türkiye continues made us happy,” he suggested.