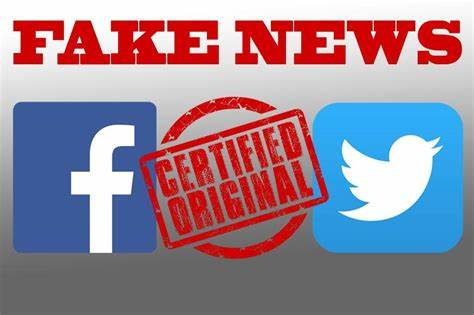 Within a matter of days, two Orthodox clergy members posted on their social media pages quotations that were not congruent with the faith walk. On the surface, we may be inclined to say that in an age of information overload, and the prevalence of so many social media platforms, that it doesn’t really matter. They are just words.

Actually, they are not just words. For the simple reason that words matter. As representatives of the faith – words matter. God’s Holy Word matters. And it matters what we claim to be truth and untruth.

The first posting “Enemies have taught me to know what hardly anyone knows…That a person has no enemies in the world except himself.” (St. Nikolai Velimirovich +1956). Had this not been posted on an Orthodox Clergy page, I would have thought it was a New Age mantra. Let us unpack this statement. It did not say that there are times when we are our own worst enemy. It did not say that we open the portals within so that we are susceptible to spiritual attack. No. It said that we have no enemies in the world except ourselves. “No” being the operative word.

As Orthodox faithful, we know this to be blatantly and theologically false. We only need look at scripture to know this contradicts God’s Holy Word. “For we wrestle not against flesh and blood, but against principalities, against powers, against rulers of the darkness of this world against spiritual wickedness in high places” (Ephesians 6:12).

Imagine telling the victims of crime who were brutally assaulted, who had their properties and businesses burned to the ground, whose child was murdered, that as per this quotation, there are no “enemies” in the world except ourselves. This would be not only ludicrous, but it would also be heartless. We need to stop and think about the truth to our words, the content to our words, the implications, and the consequences of our words.

This is not to say we do not honor and venerate our holy saints and martyrs. But it is to say that in the age of technology – we cannot rely solely on the electronic world to copy and paste sayings without verification. We must also not post soundbites out of context. And first and foremost, we must always rely on God’s Holy Word for the definitive truth.

Also, in speaking of the “enemy,” we know that the “Enemy comes to kill and to steal and to destroy, I come that they may have life and have it more abundantly” (John 10:10). We also know the one who will be put into the lake of fire as promised in the Book of Revelation, the one who with his legions torments humankind, the one that as faithful, we battle against as ambassadors in Christs’ kingdom on earth, he is the greatest evil. Granted, the evil that men do is also evil, and we will all be held accountable for our actions at the final judgment.  However, the “greatest” evil is not within – but the evil that as faithful we rebuke, stand against, call out, and shed light upon, for we stand with the Light, not with darkness.

Another Orthodox clergy posted: “All cruelty springs from weakness”, attributed to the Stoic philosopher Seneca. Why we take the words of a Roman philosopher over God’s Holy Word is another discussion in itself. However, with this post, the operative word is “all.” All cruelty does not spring from weakness. Cruelty moves through the minds, hands, and heart of humanity, because it is a branch upon the tree with evil rootedness. Cruelty moves through humanity from hatred, rage, jealousy, vengeance, spitefulness, and all manner of darkness. Weakness implies that being cruel is not a sign of strength but of cowardice which can certainly be true. However, once again, we are comfortable with posting soundbites and not necessarily eternal truth.

Words have meaning. Words have power. As Orthodox faithful, including our clergy, leaders, and hierarchy, we need to be mindful of the words we use, because as scripture tells us, they betray our hearts.

Sayings permeate our culture and mass consciousness and they become bricks that are immovable. They become automatic responses when they should be thoughtful meditations. Another one is “Sexual assault isn’t about sex, its about violence.” Actually, it is about both and so much more. Speaking over someone else’s experience with knee-jerk responses and tired and torn statements heals no one. It also takes away their right to define their own experience.

Another tired and torn statement is “Forgiveness is for ourselves, not the other person.” Actually, true forgiveness is for all involved. If we forgive as Orthodox Christians, we are not only releasing our pain and giving it to the Lord, but we are also praying for the healing and blessing of the persons or persons who commit the grievance or harm against us. This is the deeper root of forgiveness.

We must also remember that forgiveness is a choice. A personal choice. In the time and place when the one carrying torment is ready to forgive. I will never forget the wise words of a pastor who said: “You can choose to forgive.” Not – “You have to forgive.”

Just like our faith walk, we can choose. We can choose to be a follower of Christ. “Behold I stand at the door and knock. If anyone should hear My voice and open the door, then I will come into him and will dine with him, and he with Me” (Revelation 3:20). We are not forced to open the door. We are not forced to forgive. We are not forced to have mercy. If that were the case, then the tortures of the Crusades and the Catholic Inquisition would have been valid in God’s eyes. Even the Catholic Church, after centuries of silence, publicly apologized for the wrongs they committed, acknowledging that we do not force someone to accept the faith, by coercion, torture, or fear of death.

God help us. We have forgotten that not only does every soul matter, that every life matters, that every suffering matters, but that every single word from our tongue matters. “Life and death are in the power of the tongue, and those who love it will eat its fruit” (Proverbs 18:21).

We are blurring the lines. We are blurring the lines between standing for God and His Holy Word and jumping on the bandwagon of secularism and political correctness. We are in this world but not of this world. “I do not ask Thee to take them out of the world, but to keep them from the evil one. They are not of the world, even as I am not of the world” (John 17:15-21). We are not here to trumpet the mindset and mores of this world. We are here to shine the Light of the Holy Spirit that was given to us at our baptism. We are here to have the courage to say even in the face of darkness and shadows when there is an untruth. We must have the courage to say when something is not congruent with our faith walk as Orthodox Christians.

Especially now in a season when the world is changing so very rapidly before our eyes, when so many are starving for Truth, not only truth, let us not water down the faith, become compliant, fearful, and make concessions because we do not want to “rock the boat.” We are not rocking the boat when we stand for God’s Holy Word. We are steadying the boat with the anchor that saves us, holds us, and tethers us to the earth so that our spirit can move in the world as intended, as a child of God and ambassador in His kingdom.