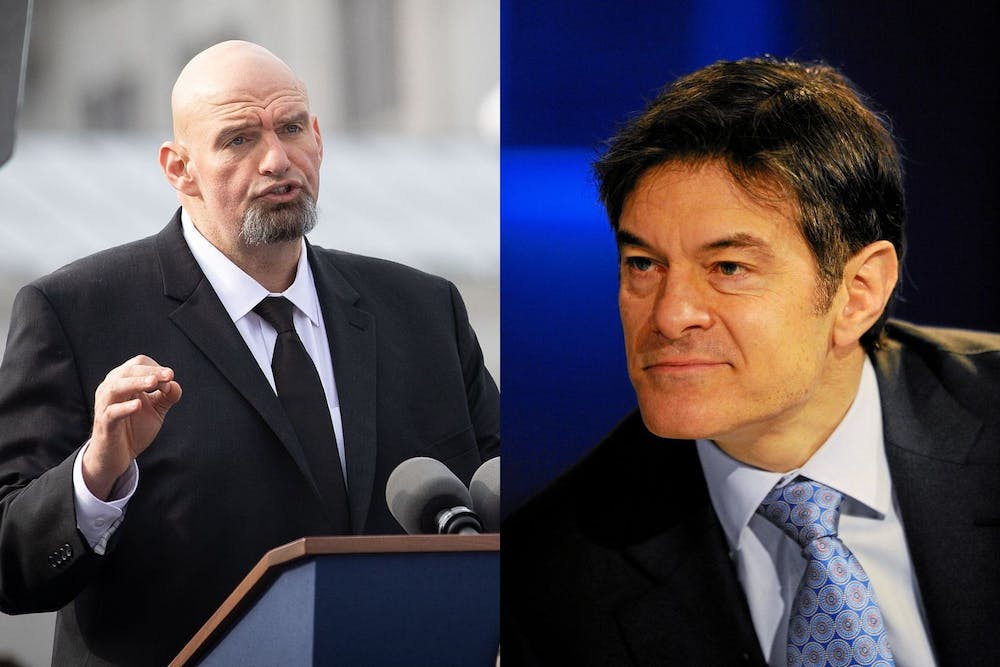 This is a very easy question to answer unless you decide how to vote solely on the lines drawn by the well-known (and corrupt) “Greek” lobbyists in Washington DC, who recently have been screaming at the top of their lungs urging the Greek-Americans to vote for Democrats – even if the Democrat is someone like Fetterman. The lobbyists do that even though they know that this community is as conservative as they come in America: We are socially conservative and we are business owners, fiscally conservative by definition.

When we vote, we make a choice – and according to our ancient forefathers, we have to make a choice… Yes, my friends, our forefathers condemned “abstaining” from deciding such important matters for their city and “staying private,” for which they used a very special verb: “ιδιωτεύειν”.  If you were wondering where the word “idiot” came from, now you know: “Idiot” was the citizen who chose to abstain and stay private.

But if, as American citizens, we have to make a choice in the Pennsylvania race between John Fetterman and Dr. Oz, we should make this choice on what is best for our country.  A disabled John Fetterman, who has far bigger difficulty putting a few thoughts together than Joe Biden, is absolutely the worst choice for America. Even more, he represents the new trend of the Democrats to support candidates who cannot function normally and so they can be controlled by the powers behind the scenes.  This, my friends, is unfortunately a global trend recently, if we judge by the bunch of incompetent leaders of Europe.

Yes, I know… Dr. Oz has dual citizenship, US and Turkish, he is close to President Erdogan and has even served in the Turkish Army… This is a very heavy load to consider, especially for someone like yours truly who spent a few youthful years of his life studying aspects of the Cyprus conflict…  And saw with his own eyes the tragic results of the Turkish invasion of 1974, which were very visible 15 years later in 1989-90, and even felt deeply today.

Even further, Dr. Oz initial positions on abortion, which we conservatives consider a very important issue, created great controversy and left much to be desired. In the end, he took a rather satisfactory stance, lining up with the latest Supreme Court order: “There should not be involvement from the federal government in how states decide their abortion decisions,” Oz said. “As a physician, I’ve been in the room when there are some difficult conversations happening. I don’t want the federal government involved with that, at all.”

We also have, as conservatives, very serious issues regarding the function of ALL lobbies in our capital, especially the foreign lobbies, who “feed the beast” of corruption and undermine our government.  We Greeks should be the first to demand the prohibition of lobbying. As far as foreign policy is concerned, Greece and America have so many common interests: They are both global sea powers, they have fought together in two World Wars and elsewhere, and they share much more than a couple of million Greek-Americans… In the few areas where the interests diverge (namely the Ukraine/Russia policy), this is exactly the result of the overwhelming power of the lobbyists of the so-called military-industrial-congressional complex.  If true American interests were the guide to policy, this war and the whole conflict with Russia would never happen. And, yes, Trump was right on this and many other issues.

Finally, the best answer I have heard regarding the Fetterman-Oz vote was posed as a question: “If Fetterman was a pilot and you knew he had a stroke, would you step in a plane he would fly?”