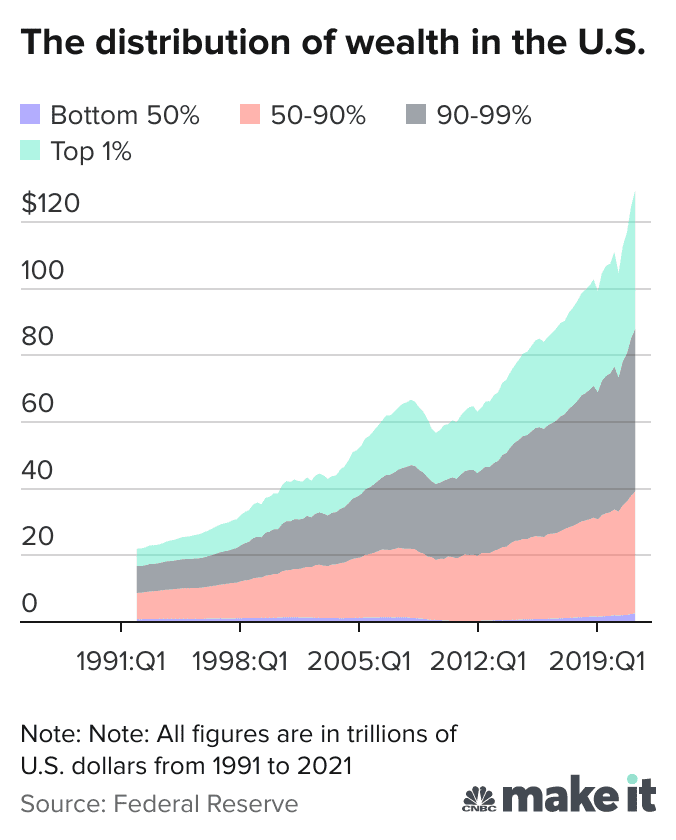 EDITOR’S NOTE (Nick Stamatakis):  As we are waiting to see the final results of the mid-term elections, it is very helpful to remember that the top 1% of wealth holders – or about 1,000 billionaires – have enough money to stop or pass any legislation they want, to elect anyone they prefer and to escape any serious judicial interference with their financial interests!!..  As someone who knows how DC works internally told me in no uncertain terms, less than $200 million is enough to pass any legislation from Congress!… But it seems that these greedy billionaires have global plans and put the rest of us at risk by promoting constant wars – including with Russia and possibly China… Well, there is always a limit to greed – and this seems to be their mistake that will lead to their undoing…

So, my friends, do not fret about “winning” Congress… We should instead worry about how to elect people on specific “contracts”, i.e., to establish term limits for Congress and to establish measures that limit the power of the super-wealthy… And for bringing the country back to what the founding fathers had established… Short of these limits, our hopes for democracy in America are just a mirage…

But looking at these numbers, one has to wonder what is the purpose of taxing anyone in the lowest 80% of wealth holders if the top 20% own $94 Trillion out of $134 Trillion of total wealth… Really, why tax the rest of us if we, at the lower 80%, only own $40 Trillion or less than 25% of the total wealth of this country? This is how Marxist revolts have happened all over the world!… Do these fat cats want to make Americans revolt? A look at the chart in our main shows that in the last 30 years “the poor have become poorer and the wealthy have become much wealthier”…

AND A FINAL NOTE: The known reserves Russia has in mineral wealth (hydrocarbons, uranium, gold, silver, etc.) is $70 Trillion!!  Again, this is only about the known wealth and not the total of the vast Russian territory – and it does not include much of the Arctic!! My friends, do you now understand who is really behind the war against Russia?  Our billionaires know this fact: they see Russia’s wealth, and they salivate… Yes, the biggest fault of the capitalist system is greed, and in recent years it has gone unchecked!!…

How the Super-Rich Control the U.S. Government

The U.S. Government tries to hide how obscenely top-end the nation’s wealth-distribution is; but one remarkably clear presentation of it (the U.S. private-wealth distribution)  was the web-page from the Board of Governors of the Federal Reserve System that presented an “Overview” of “Distribution of Wealth” starting in “1989:Q3” and extending up till “2021:Q2”. (It will be presented even more clearly here, using their reported data.)

The following shows breakdowns of the wealth-quintiles — percentages of the wealth held by the nation’s households, all the way from the top fifth to the bottom fifth — in the “US$ Trillions” for each fifth — during the latter quarter (the “2021:Q2”), as is shown on that web-page:

Additionally shown was the top 1%:

Virtually all people who have the discretionary cash to be able to donate significantly to the politicians they favor are in the top fifth — the people who have 70.6% of all wealth. They dominate the nation’s political money. Almost all of the virtually bribes that fill political campaign-chests in America come from the richest 20% of Americans — and the top 1% contain all of the ‘king-makers.” And if you’re in the bottom 80% of wealth-holders in the U.S., you’re not represented, at all, in the U.S. Government.

The top 1% have vastly more, than rest of the top 20%, available to them to donate to their favored politicians, because these people — the top-one-percenters — hold the corporate board seats, and select the corporate executives who hire the congressional lobbyists to entertain and reward and hire the crucial congress-members so as to serve their corporations, and serve those top one-percenters who control all of those corporations. Included in these corporations are the ones that control all of the major, and most of the minor, news-media and that thereby shape the ‘knowledge’ and thus the views that most of the voters (in each Party) hold.

America has around a thousand billionaires, and they have control over so much discretionary cash as to be able to get Congress to not pass any bill that these super-rich oppose, and to pass many of the legislative bills that those super-rich want to become law. So, almost all of the thousand-or-so individuals who control the U.S. Government are billionaires. They especially control international corporations. Those few people dominate both Parties. But they do it very much behind-the-scenes. In previous centuries, aristocrats were publicly known, by formal titles; but in today’s ‘democracies’, they are, instead, as hidden as they can be. They don’t want the public to know that the Government represents only them, because, otherwise, the Government’s saying that this or that foreign ‘dictatorship’ that poses no real threat to the national security of one’s own country, should be regime-changed, would have the citizens wonder, instead, “Isn’t it our nation’s regime that should be regime-changed first?” Any look at the ‘news’-media will make clear that they DON’T want THAT question to be in anybody’s mind. The message is instead always to regime-change the foreign leaders whom one’s own nation’s billionaires WANT to be regime-changed. That’s the way to get the public to be willing to fund (via their own taxes) the ‘Defense’ Department. Isn’t it un-‘patriotic’ to want to slash the spending on ‘defense’? Where did THAT idea come from?

Investigative historian Eric Zuesse’s new book, AMERICA’S EMPIRE OF EVIL: Hitler’s Posthumous Victory, and Why the Social Sciences Need to Change, is about how America took over the world after World War II in order to enslave it to U.S.-and-allied billionaires. Their cartels extract the world’s wealth by control of not only their ‘news’ media but the social ‘sciences’ — duping the public.