Please do not start telling me about the title – I know we depend on the “Turkish Religious Institution” of Istanbul. Still, I also know that we have demanded autocephaly many times.  The last time the faithful of America DEMANDED autocephaly was early this year in the now infamous questionnaire, where the overwhelming majority of the respondents said loud and clear that they think this Church has to be autocephalous.  Because of this loud and clear demand, AB Elpidoktonos was forced to withdraw the questionnaire during the Clergy-Laity Congress “to avoid divisions,” as I heard him say… Well, my friends, this is the Phanariot talk for you: When they intentionally get slapped in the face, they pretend it was an accident!… But the elections of the Church of Cyprus will offer all of us an opportunity to see in front of our eyes what is truly possible in Orthodoxy, where democratic elections of the Church leaders by clergy and laity were the rule since the early days of Christianity.

The Church of Cyprus will start next week the process of electing its new Archbishop in its unique – completely democratic – process.  As you will see below, in the first phase of this process, ALL the faithful of Cyprus, 18 and older, will have the right to vote for one of the candidates.  The Church Charter changed 10 years ago and made it even more simple, and more democratic as the election of delegates was abolished. Eligible for the throne are all the members of the Holy Synod, as well as celibate elders and deacons who hold a degree from an accredited school of theology and have held a ministry for at least ten years. Candidates must be at least 35 years of age.

However, when politics are involved, nothing is quite simple.  This time eligible to vote will be all registered Orthodox – not only Greek Cypriots – and this means many of the 40-50,000 Russian Orthodox faithful living in Cyprus. This will surely attract the attention of the State Department. Patriarch Bartholomew will fly to Cyprus for the funeral with a private jet provided by American interests, as we have learned.  It is known that the deceased Archbishop of Cyprus, Chrysostomos B’, was among those who supported Bartholomew on the autocephaly of Ukraine. At the same time, other Metropolitans of the Cypriot Synod did not.  Yes, Bartholomew’s decisions have caused a deep worldwide schism in Orthodoxy. In another example, the Russian Orthodox Church issued a list of Metropolitans of the Church of Greece who support the schismatics of Ukraine and asked its faithful who pilgrimage to Greece not to visit these jurisdictions.  Bartholomew is sure to make an effort behind the scenes to project whatever power and respect he has on the Synod of Cyprus to ensure his choice will prevail.  But he will only stay in Cyprus for one day, and he has no official role at all in the election process. Therefore, his influence will mostly be exercised through the American Embassy in Nicosia, where some diplomats must be on high alert these days…

The Metropolitan of Limassol Athanassios, with known connections to the Athos Vatopedi Monastery 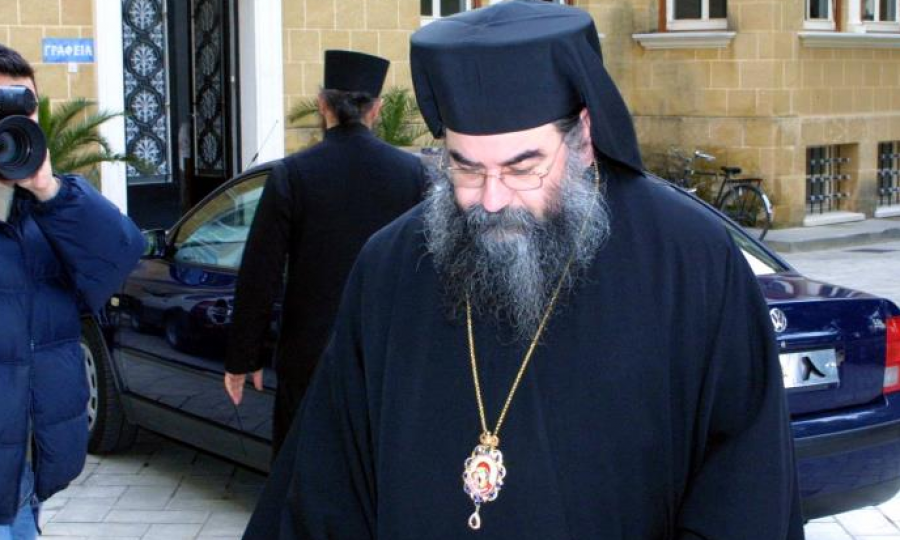 The Metropolitan of Tamassos and Orinis Isaiah – a favorite of the 40-50,000 Russian Orthodox faithful living in Cyprus 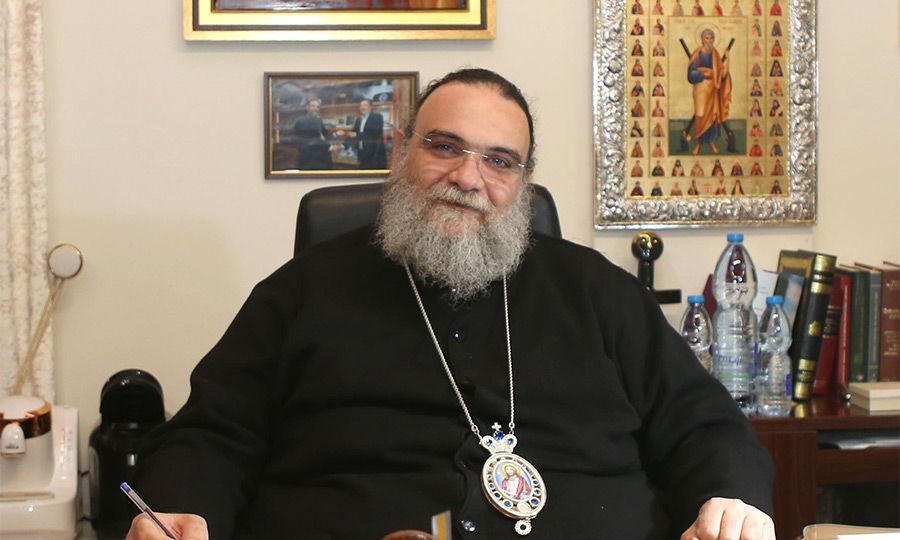 The Metropolitans of Paphos Georgios and Famagusta and Constantia Vasilios, favorites of the leading group of hierarchs now controlling the majority of the Holy Synod. 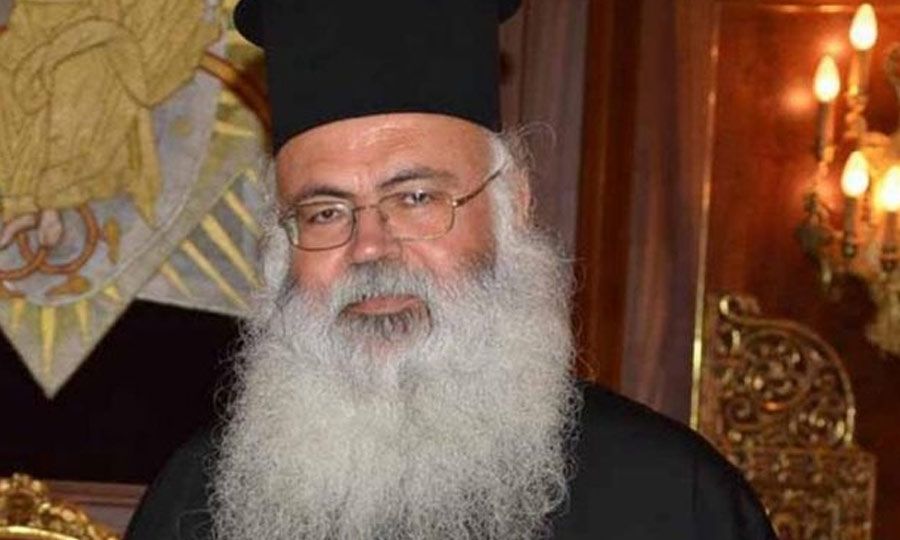 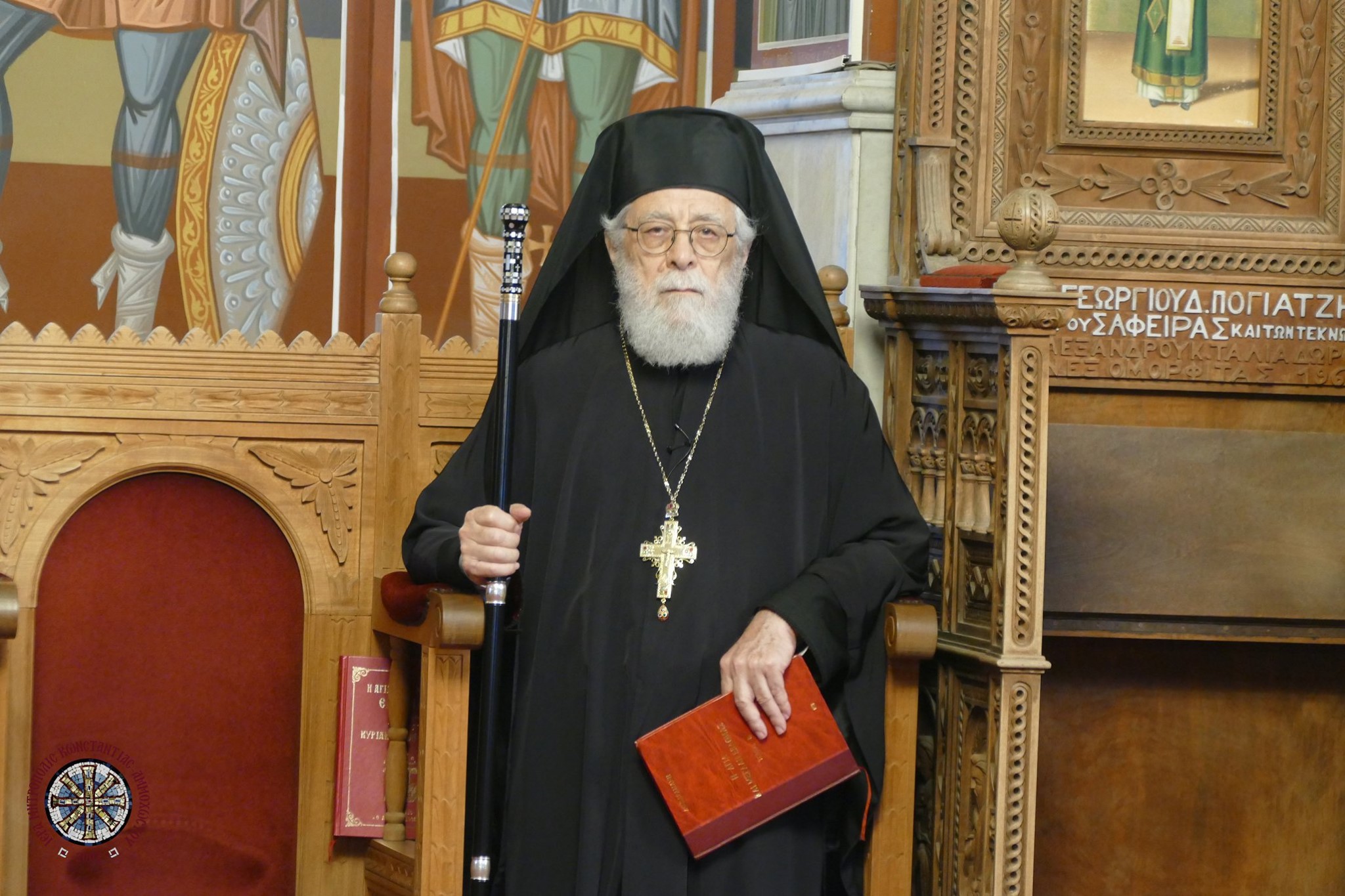 Election procedures have changed since the late archbishop was appointed 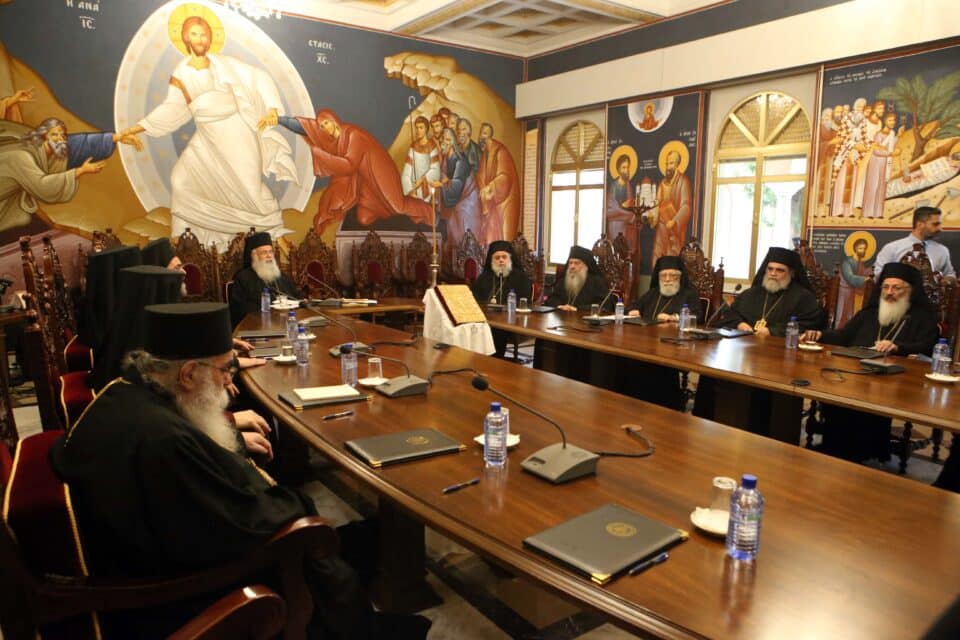 With the passing of Archbishop Chrysostomos II, and the vacating of the throne, the caretaker of the Church of Cyprus will now initiate procedures for elections leading to the nomination and enthronement of a new Prelate.

The entire process is expected to take under two months. The caretaker is Paphos bishop Georgios, as by tradition the steward of the throne in Cyprus is always the bishop of Paphos regardless of seniority.

Within 10 days of the throne being declared vacant, the caretaker issues two circulars: the first orders church officials to draw up electoral registers within 15 days; and the second sets the date for elections, to be held within 40 days after the vacating of the throne.

Under an amendment to the church charter instituted in 2010, elections are direct – people vote in their registered parish. And there are no formal ballots, as in civilian elections; instead, the ballots are a blank piece of paper, on which parishioners write down whomever they’d like to be archbishop. And they can vote for essentially any senior rank of the clergy – including deacons.

Prior to the change, separate elections had been held – one among laypersons, another among the clergy. It was a more complex process, involving the election of delegates before the nomination of the actual candidates for the throne.

Eligible for the throne are all the members of the Holy Synod, as well as celibate elders and deacons who hold a degree from an accredited school of theology and who have held a ministry for at least 10 years. Candidates must be at least 35 years of age.

Another important difference now is that all people of the Orthodox faith aged 18 and above, and who have been residing permanently in Cyprus for the past year at least, can vote. That means, for example, that Russian and Greek nationals living here get to cast a ballot. But up until 2010, only Greek Cypriot Orthodox over the age of 18 could cast a ballot.

Once the ballots are counted, those top three clergymen garnering the most votes become the official nominees for the throne – a kind of ‘triumvirate’. The Holy Synod convenes to ratify the results and, in the event of a tied vote between the top contenders, it decides by lottery who gets included in the ‘triumvirate’.

Next, three days from the ratification of the ‘triumvirate’, the caretaker reconvenes the Holy Synod for the purpose of its electing the new archbishop. Currently, with the passing of Chrysostomos, the Holy Synod comprises 16 members.

The three nominees – assuming they happen to be members of the Holy Synod – can likewise vote and can vote for themselves. Success therefore largely hinges on the forging of alliances within the body.

A first round of voting is held, where if one of the three candidates acquires 50 per cent +1 of the votes (that is, 8 + 1 = 9) he is named archbishop. If not, a second round takes place, this time featuring the two of the three candidates who got the most votes in the first round. Again, the 50 per cent + 1 vote applies for the victor. If that still fails to yield a winner, he will be decided by simple lottery.

Subsequently, the members of the Holy Synod perform the canonical act at a cathedral. The ordination (if the person elected is not a bishop) and the enthronement ceremony take place within 15 days of the election procedure at the Holy Synod.

The likeliest successors to the throne are Limassol Bishop Athanasios, Bishop of Tamasos Isaias, and Paphos bishop Georgios.

An opinion poll carried out this summer gave Athanasios a firm lead – around 17 percentage points ahead of the second, Bishop of Tamasos Isaias.