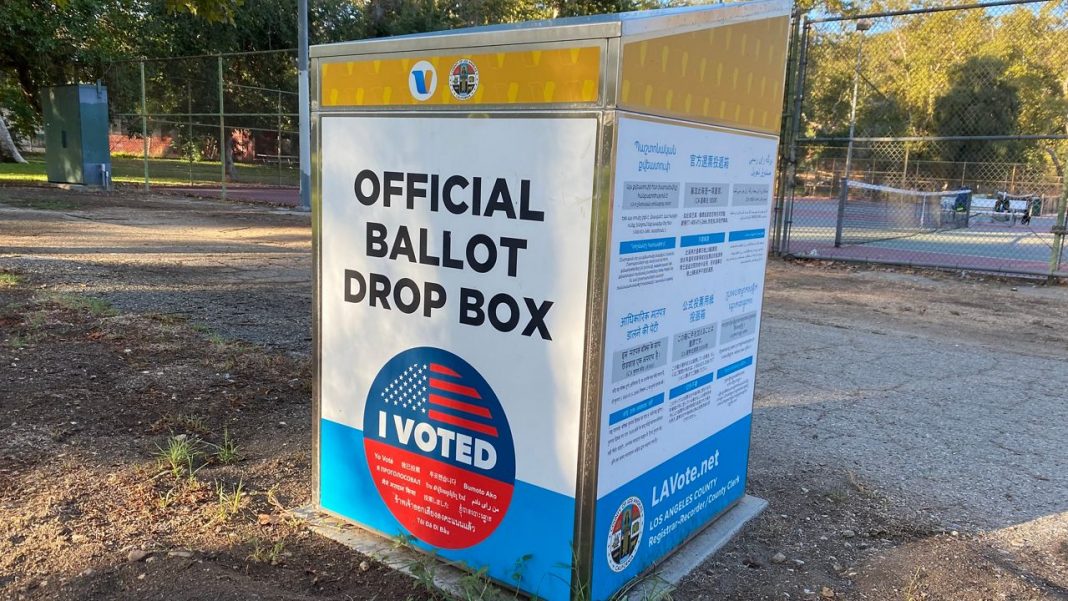 EDITOR’S NOTE (Nick Stamatakis): I am sick and tired of listening to the mainstream media – including Fox News – supposedly explaining the disappearance of the “red wave” at a time that the Republicans got about 5 million more votes.  They did that at a time when the Biden administration “achieved” a mountain of failures in a record 2-year time and as we are entering a serious economic recession with many major corporations firig thousands of people… Yet, all these news media the fail to say a few words about “ballot harvesting” via mail-in voting that happens 4-6 weeks before the election day and days after, while counting the votes takes days and weeks after…

“Commentators”, pundits and “analysts” waste their time “explaining”, yet they are unable to answer one simple question: Please name one democratic election system on Earth where this ridiculous “ballot harvesting/ mailing voting” is considered to be a safe voting system”.  JUST NAME ONE COUNTRY THAT FOLLOWS A SIMILAR SYSTEM.

There is none.  Sweden and Italy had elections very recently.  People voted in one single day and the votes were finished being counted overnight.  France had elections last year.  Are these European people retarded for not allowing this corrupt system?

No, they are not.  The American system is totally corrupt.

The easiest and funniest way out was applied recently by the California Republicans and should be replicated around the country.  They set up ballot boxes in conservative churches, party headquarters, gun shops and other likely Republican voter haunts across the state!!  Well, let’s start replicating this system in Georgia this December!! Then you will see how fast the corrupt leftists will go for “same day/paper ballots”…  If they do not, very soon this country where roughly we have 150 million voters will end up “harvesting” 500 million votes…

After the electoral hammering California Republicans took in 2018, the party decided to put aside any misgivings it had about “ballot harvesting” and set up its own operation.

In so doing, it’s now earned itself a cease-and-desist letter from California’s Democratic secretary of state.

At issue: Unofficial ballot drop boxes that the state GOP purchased and set up at conservative churches, party headquarters, gun shops and other likely Republican voter haunts across the state. Some of the drop boxes, first reported in detail by the Orange County Register, were affixed with the label “Official Ballot Dropbox.”

As all active registered voters are due to receive a ballot in the mail this election, Californians can cast their vote by mail, in person or at secure drop boxes. State law requires each county to set up a certain number of these drop boxes based on its size. 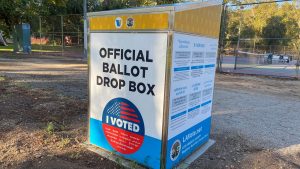 These makeshift GOP collection points are not among them.

State Republican spokesperson Hector Barajas said the “statewide” ballot box operation was fully consistent with the 2016 state election law allowing voters to entrust someone else to deliver a ballot on their behalf.

“We didn’t write the rules. The Democrats wrote the rules,” he said. “They set up the chessboard. We are just playing with the chessboard that they put in front of us. And now they’re upset about it.”

In a press conference, the two officials made the following arguments:

Under state law, only counties have the legal authority to set up drop boxes for ballots.
If a third party is charged with delivering a ballot on behalf of someone else, the voter has to know who that person is and both have to sign the ballot envelope to establish a paper trail.
Describing an unofficial ballot box as “official” may constitute impersonating an elections officer, which is a felony.
“We hope that the message goes out loud and clear to anyone who is trying to improperly solicit, obtain and manage a citizen’s vote that they are subject to prosecution,” said Becerra.

Padilla also sent a cease-and-desist letter to the chair of the California Republican Party, Jessica Patterson, along with the county party chairs in Fresno, Orange and Los Angeles where the party’s ballot boxes were reported. The letter demanded that the boxes be removed by day’s end Thursday.

Barajas of the state GOP countered:

Just because the law says counties should operate drop boxes doesn’t mean that other organizations cannot.
Even if a third party is supposed to sign a ballot envelope before receiving it, counties are instructed to count the ballot regardless — and there’s no statutory penalty for someone who delivers a ballot without that signature.
“We’re going to continue on, we’re not going to stop our ballot harvesting program,” said Barajas. “We’re not going to allow the secretary of state to suppress the vote.”

Brandon Stracener, research fellow at the California Constitution Center at UC Berkeley, said some of the debate falls into a legal “gray area” hinging on whether something not explicitly prohibited might be allowed.

But in cases where a ballot box was labeled “official,” he said the fraud charge is more clear cut.

“I would not want to be your criminal defense attorney defending a prosecution where you slapped ‘official ballot box’ on the side of a filing cabinet,” he said. “Whether that means someone needs to be prosecuted, I don’t know. But I think it justifies the secretary of state and the (attorney general) saying ‘knock if off.’”

It dawned especially hard on the state GOP, which lost half its state congressional delegation and was reduced to a political afterthought in the Legislature. National Republicans expressed puzzlement and shock at the California practice of legalized ballot gathering. Former House Speaker Paul Ryan called the concept “bizarre” and President Donald Trump has repeatedly said that it should be banned.

But many California conservatives argued that it was time for the state GOP to fight fire with fire.

Padilla drew a distinction between delivering a ballot for a fellow union member or a disabled neighbor, and inviting voters to place their ballots in an unofficial drop box. In the first case, the voter knows who is receiving the ballot. And state law requires a paper record of the chain of custody.

The purpose of the custody chain: someone bears responsibility if ballots are not turned in.

But if harvested ballots lacking chain-of-custody documentation are still considered valid and counted, what kind of requirement is there anyway, asked GOP state Sen. Melissa Melendez on Twitter.

Rick Hasen, an election law expert at UC Irvine, said he couldn’t comment on whether the GOP’s operation was illegal. But he said it does raise profound security concerns.

San Diego Democratic Assemblymember Lorena Gonzalez said her experience as a door-knocking labor organizer inspired her to author the 2016 law. Each election she said she would regularly encounter at-home healthcare workers unable or unwilling to leave their charges in order to bring their ballots to a nearby mailbox. State law prohibited another person from delivering the ballot on their behalf. The new law allows political organizers, including unions, to efficiently gather and deliver the ballots of housebound or unmotivated voters.

“Who thought this little bill to help your friend to drop off a ballot would lead to this?” Gonzalez said. “If the voter trusts the person they’re handing their ballot, the law was meant to allow that person to then drop it in an official drop box or in the mail. But it wasn’t meant to let people set up a collection box.”

Legal or not, Stracener at the Constitution Center said claiming party-run ballot boxes are a safer alternative to official drop boxes or the United States Postal Service could undermine confidence in the state election system.

“In the context of the president of the United States making all these rambling remarks about nonexistent voter fraud, I think that is nefarious,” he said.

You can find a list of official California ballot box drop-off locations here.