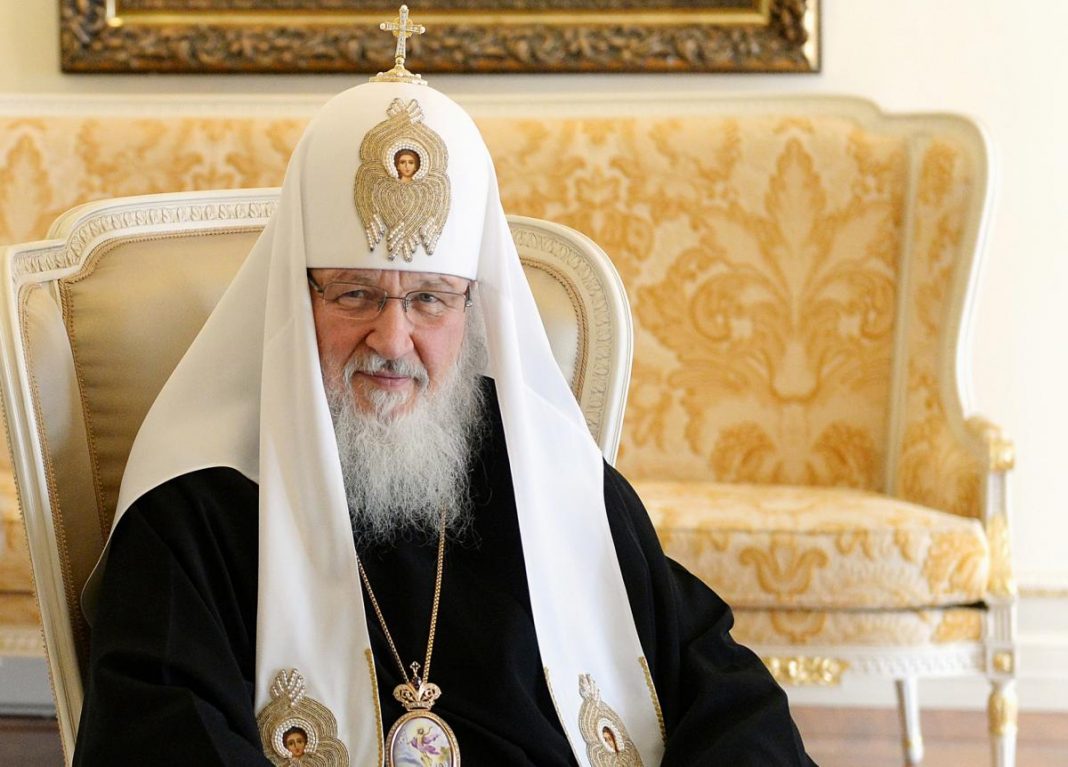 EDITOR’S NOTE (Nick Stamatakis): War is a horrible thing… In Ukraine, where over 70% of the Orthodox are under the Moscow Patriarchate, religious persecutin against them has reached a level never seen before… The government forces, controlled by the Neo-nazis, are searching the Lavra monasteries near Kiev for possible military supplies and equipment that may be hiding there….

War has sharpened the split between Ukraine and Russia’s Orthodox churches, with some historic sites in Ukraine still loyal to Moscow

As war kicked off in Ukraine, soldiers at a military airstrip in the west of the country went hunting for the origin of a laser pointer they feared was marking out targets on their base.

They found it in a nearby church. Behind the thick walls of the building in Kolomyia, run by monks loyal to Moscow, they also discovered a large stockpile of food and alcohol, and three guns.

“It’s very, very surprising, because it was a monastery,” said Father Mykhailo Arsenich, army chaplain to the unit that searched the church. “There was a big stockpile of food, packed for military use, designed to keep 60 to 65 people for a very long time.”

“We found two pistols, and one hunting rifle which was converted from a combat Kalashnikov. They couldn’t address the question of why priests needed guns.”

A bitter, long-running feud over religious allegiance has intensified since Russia invaded. The Ukrainian Orthodox church formally split from under Moscow’s leadership three years ago, but many historic churches and monasteries have remained loyal in religious practice and political allegiance to Russia.

Those Moscow ties have put Ukrainian communities that surround them on edge with suspicion. To many residents, the thick walls and cave networks of ancient monasteries and churches suddenly look like potential military bases, or warehouses for a hostile invading force.

Pochaiv, one of the holiest sites in western Ukraine, was built to honour a footprint of the Virgin Mary and a famous military victory four centuries ago.

The sprawling complex of ancient churches, cave chapels and a historic bell tower, normally bustling with pilgrims, is almost empty.

“I’m afraid there will be an attack,” said one woman who runs a hostel for pilgrims a few hundred metres from the site. Her normally busy dormitories are empty.

The church is closed to visitors outside services for the first time that Sasha – a former altar boy now in his thirties – can remember. “It is because of the situation,” says the only monk willing to talk; others wave visitors away.

Burly men wearing military boots follow a group of foreign visitors around, not bothering to disguise their surveillance.

There is no evidence of Russian military links at any of the sites. But in the strongly nationalist west, allegiance to Moscow after a devastating invasion is cause for suspicion on its own.

The firearms found at Kolomyia were registered, so not illegal, and nor was the stockpile of food. But the find inflamed local concerns that Russian troops might be planning to use the building, just 300 metres from the airfield, as an outpost if they march farther west.

“We didn’t find the laser pointer, but found the place where we think it was used. A hole in the wall, facing the right way,” Arsenich said. “I don’t have any doubts, if Russian paratroopers land there, they will use the church as their base.”

“I stopped going for confession ten years ago. I don’t like the way they are strongly involved in pro-Russian politics,” said Yuir, a Pochaiv businessman, 62, who said his deeply religious mother would have been heartbroken if she had lived to see suspicions between the church and community around it.

Like many Ukrainians who no longer trust the Russian-linked churches in their country, Yuir is particularly wary of the Moscow Patriarch, Kirill, who according to material from Soviet archives was a government agent before the fall of the USSR.

“Kirill is a KGB guy, and he supports all aggression against Ukraine,” he said, but asked not to give his last name, worried like many in the town about community tensions about the church. “He’s a bastard, not a religious leader.”

In a sermon, Kirill said that Russian values were being tested by the west, which offered only excessive consumption and the illusion of freedom.

Others resent a church they say shows no concern for its community, barring them from what is effectively an ancient air raid tunnel. They wonder what it is hidden in tunnels if townspeople that shelter in the shadow of the monastery can’t enter.

“They have a lot of underground tunnels there, very good and protected ones. If there is shelling here, we don’t have any safe place, only the lavra. But the priests don’t suggest that you can come and sit there and be safe,” said Nadia, a housewife who lives beside the monument.

Whether the violence of war reaches Pochaiv or not, though, many of those who grew up around it believe the Russian invasion will change its future. The horrors of this year make a religious split with Moscow inevitable, they say.

“My dream is to make a story about the lavra, the history of the place, and role of modern history,” Sasha said. “To try to convince people we have to stop and change the leadership, because we cannot have Russian church here.”