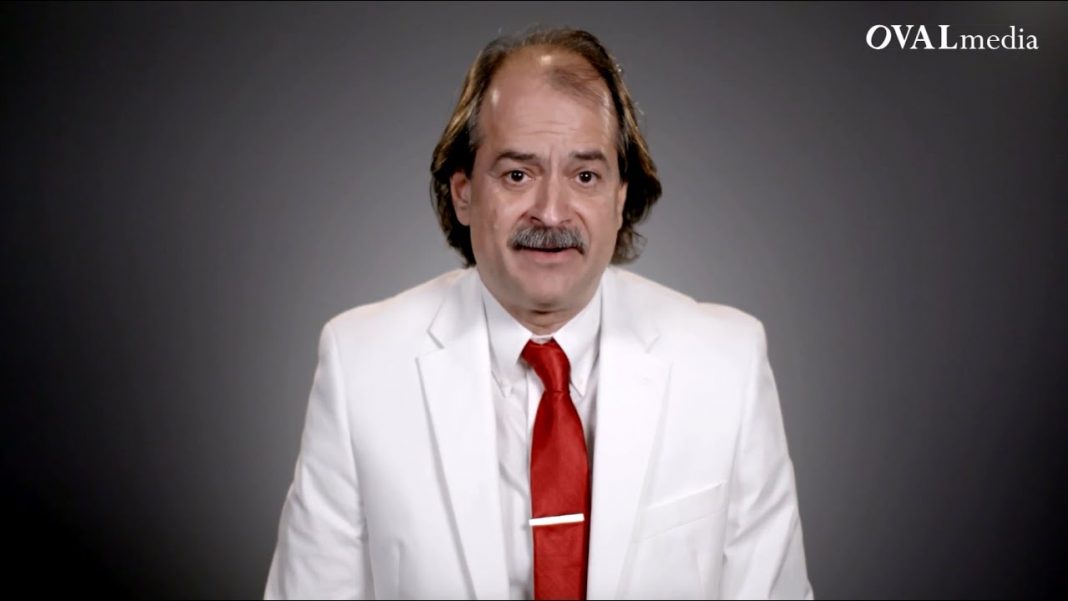 By Martin Kulldorff and Jay Bhattacharya

The COVID-19 pandemic and lockdowns have not only been devastating for society, they have had a chilling effect on the scientific community. For science to thrive, opposing ideas must be openly and vigorously discussed, supported, or countered based on scientific merit.

Instead, some politicians, journalists, and (alas) scientists have engaged in vicious slander of dissident scientists, spreading damaging conspiracy theories, even with open calls for censorship in place of debate. In many cases, eminent scientific voices have been effectively silenced, often with gutter tactics. People who oppose lockdowns have been accused of having blood on their hands, their university positions threatened, with many of our colleagues choosing to stay quiet rather than face the mob.

We tell the story here of five prominent scientists who have faced the modern-day inquisition.

Dr. Scott Atlas served as a special advisor to the president on COVID policy between July and November 2020. This would be a difficult job in normal circumstances when the science is more mature.

With his background in public health policy, Atlas’s advice emphasized balancing risks imposed by viral spread against collateral public health harms from the lockdowns in a rapidly changing scientific and policy environment. Scientists who did not share his views had every opportunity to do so responsibly by reporting scientific facts and conjectures and engaging with his ideas.

Instead, the Journal of the American Medical Association—the flagship medical journal in the United States—published an opinion article defaming him without engaging his actual scientific views. The editors of the journal then refused to publish letters supporting Atlas.

Contrary to his critics, Atlas got the science right. The highest COVID-19 mortality risk is among nursing home residents. Atlas worked to ensure federal support for frequent and rapid testing of nursing home staff, residents, and visitors. While not implemented everywhere, this initiative alone saved innumerable lives.

Dr. John Ioannidis is a world-famous scientist who from the beginning of the epidemic called for better scientific information to decide COVID policy. His work, published in the “Bulletin of the World Health Organization,” has helped establish how deadly the virus actually is—an order of magnitude lower than the conventional narrative implies. For his work, BuzzFeed News falsely accused him of political bias and financial conflicts of interest.

In two articles published in Scientific American, two esteemed medical journalists presented evidence against the false charges Ioannidis faced, while lamenting the slander of scientists as a substitute for scientific debate. Shockingly, these journalists were then attacked. The publisher caved and published extensive trivial “corrections” to their story, none of which contradicted their reporting.

One objection cited the journalists for a conflict of interest because they cited an article by a different scientist without declaring that they had previously collaborated with him. Springer Nature owns Scientific American. If this is a conflict of interest that must be declared, Springer should issue similar “corrections” for most of the millions of scientific articles they have published.

Oxford University professor Sunetra Gupta, who is one of the world’s preeminent infectious disease epidemiologists, has been the subject of vicious attacks by politicians and media pundits with a fraction of her knowledge and wisdom. Gupta has argued throughout the epidemic for protecting the vulnerable while allowing the disease to be managed in the rest of society with limited restrictions and minimal harm.

The basis for her ideas is her deep understanding of the science of epidemics, viral spread, and disease risk. Her sensible ideas, so contrary to the lockdown policies, have been mischaracterized and attacked by the U.K. government health minister, Matt Hancock, on the floor of Parliament. Member of Parliament Neil O’Brien accused her of telling “tall tales.” Mainstream journalists in the United Kingdom have called her expertise “spurious” and accused her of making “misleading claims” akin to conspiracy theories.

Although her detractors conveniently forget, Gupta has repeatedly argued for better protection of the elderly, with specific suggestions that could have saved many lives. In early October, Gupta and we authored the Great Barrington Declaration, hoping to avoid a repeat of the spring lockdown disaster. Most governments duly ignored her and the other signatories, and we failed to protect the vulnerable once again.

Another epidemiologist, Professor Carl Heneghan, who leads the Centre for Evidence-Based Medicine at the University of Oxford, has been the subject of similar abuse. Although he has spent his entire career evaluating and interpreting scientific evidence for scientists and the public, overwrought critics have called his writings “anti-science” for daring to point out that the only published randomized study on the efficacy of face masks calls into question their effectiveness against COVID-19 infection.

Heneghan has been attacked by U.K. government officials for his discovery that the U.K. government’s official COVID statistics had serious errors. Among the errors he discovered include items like bus accident fatalities labeled COVID deaths and people counted as dying from COVID months after their recovery from the infection. No doubt Heneghan’s willingness to tell inconvenient truths contra government scientists explains the hostility he has received.

Dr. Jonas Ludvigsson, professor of epidemiology at the prestigious Karolinska Institute in Sweden, published a ground-breaking study in the New England Journal of Medicine making it clear that it is safe to keep schools open during the pandemic, for children and teachers alike. This work has informed the policy of countries worldwide and states like Florida in the United States, which have provided safe, in-person instruction for children despite high community caseloads.

For this, Ludvigsson received abuse from both Swedish and international scientists and journalists, to the point he is refocusing his scientific work away from COVID-19.

We Know Lockdowns Don’t Help, But They Continue

What these scientists have in common is that they have been proved right. With so many COVID-19 deaths, it should now be obvious to everyone that lockdown strategies have failed to protect the old.

While anyone can get infected, there is more than a thousand-fold difference in the risk of death between the old and the young. The failure to properly exploit this fact about the virus has led to many unnecessary deaths and the biggest public health fiasco in history.

Lockdowns have generated enormous collateral damage across all ages. Depriving children of face-to-face teaching has hurt not only their education but also their physical and mental health. Other public health consequences include missed cancer screenings and treatments, worse cardiovascular disease outcomes, and deteriorating mental health, to name a few. Much of this damage will unfold over time, something we must live and die with for many years to come.

Making the Poor Suffer for Their Egos

While disastrous at the population level, lockdowns have effectively protected young, low-risk, affluent professionals who can work from home, such as politicians, journalists, and scientists. They transferred the disease burden onto older, higher-risk members of the working class, who have kept society afloat.

Any scientist active on Twiter, Facebook, and other social media must deal with some unpleasant anonymous trolls, but that goes with the territory and is not the issue. It is the attacks by politicians, journalists, and fellow scientists that send a chilling message to other scientists and journalists to watch their words and self-censor.

This, in turn, damages the public trust in science and public health. Instead, the field has been left to scientists who agree with the herd thinking generated by the media. Missing from the policy conversation is a broader set of scientists who understand there is more to public health than just infection control and that lockdowns can harm public health more than they help.

What Can We Do Now?

How do we climb back from this toxic and damaging scientific environment? How do we ensure that science moves forward through the open discussion of multiple ideas and perspectives? How can we return to an academic climate that encourages scientific discourse and academic freedom? Given the damage done by misguided pandemic policies, how can we restore the public’s trust in public health?

On the science, vigorous and hard scientific debate should be encouraged, but smearing, slander, politicization, and conspiracy theories that insinuate guilt by association must be combatted and never tolerated. The future of science and society depends on it. If we fail, the 300-year Age of Enlightenment will come to an end.