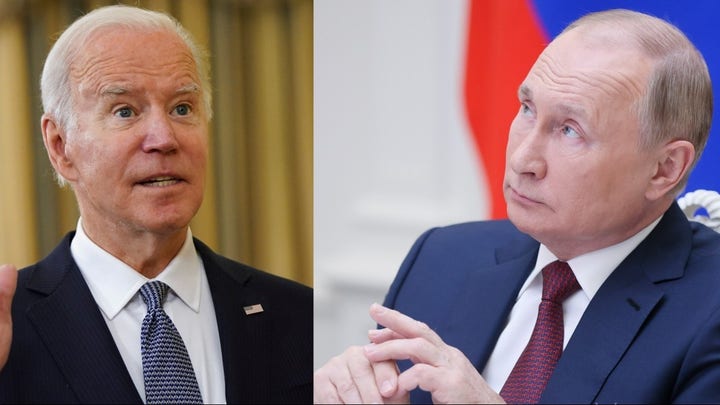 It is over. Putin has won.

Victoria Nuland, the neoconservative warmonger appointed Undersecretary of State by the White House fool, announced Washington’s surrender when she called on China to use its influence with Russia to save Ukraine from invasion. She thus acknowledges what everyone had already concluded: the US and NATO lack the capability.

Washington’s surrender followed the request of the Ukrainian president that Washington stop the “Russian invasion” propaganda as there were no signs of an invasion being prepared and Washington’s rhetoric was too provocative. Germany refused flyover permission to the UK for arms deliveries to Ukraine. Two NATO members announced that they would not send troops if NATO got involved in Ukraine. Washington saw the writing on the wall.

Most countries saw Washington’s refusal to agree to the Russian mutual security proposal as unreasonable and dangerous. Moreover, Washington’s strategy of arming and training the Ukrainians and provoking them into a major attack on the Donbas Russians has failed. Ukraine knows that Russia will not permit any significant damage to Donbas. Moreover, Ukrainians are unsure they could even defeat the Donbas army, which is probably armed with the new Russian high-impact weapons. Ukraine understands that Russia can wipe out its forces with conventional missiles without sending troops across the border. The Ukrainians also know that no one will be coming to their aid. The Pentagon itself announced that no US troops will be sent to Ukraine.

The fact that Washington publicly rejected the Russian proposal means nothing as Washington has no alternative but to accept it. The Russian foot came down hard, as it needed to do, and everyone including Washington understands that Ukraine will never be a member of NATO.

The US/NATO missile bases in Poland and Romania will be quietly removed over time. Washington will continue to bluster and threaten but is unable to take any action. The diplomatic Russians will allow Washington to save face in some arranged way.

All that is necessary at this point is that the diplomats in the Russian foreign ministry, who tend to put too much faith in signed documents, and Russian hardliners understand that Washington’s rejection of the proposal has been rendered meaningless and that Putin has won.

The world has adjusted to Russia’s inflexible demand and unmatched military superiority backed up by China.

In view of the appearance on the scene of long-overdue Russian assertiveness, I expect Washington to draw in its horns and to move toward a more cooperative and peaceful position.