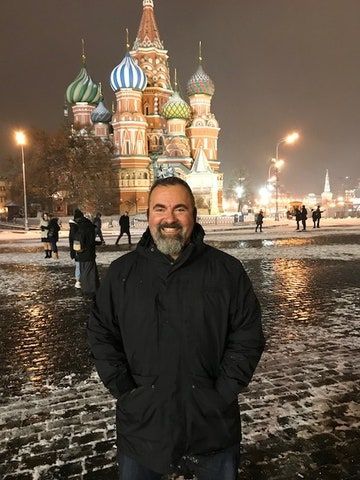 EDITOR’S NOTE (Nick Stamatakis): Helleniscope has repeatedly noted (here you can link to one of our posts ) the fascination many Greek-Americans had with the CIA since the times of its formation as OSS.  From Tom Karamesinis in the 1950s and 1960s (who actually became deputy director from 1967-73) to Gast Avrakotos (who had a central shady role in deceiving the “second Junta” leader Ioannides and in preparing the 1974 Cyprus tragedy – and then went to Afganistan to help defeat the Soviets in the famous “Charlie’s Wilson War”) to Bill Basil (involved in the wiretapping scandal in Athens in 2008-09 -who is still around as a trainer) there have been so many Greeks in Langley that it was rumored they used to have regular lunches at the “Greek Club” in the Agency… After all, we managed to have a very Greek, George Tenet, as the head of the Agency under Clinton and Bush junior… It is rumored that Tenet was so powerful that when George W. Bush was about to fire him he responded in such a way that “W” had one only choice: To award him the Presidential Medal of Freedom (2004)… It was obvious that George Tenet had made an offer President Bush “could not refuse”…

And of course, more recently we have the agent turned whistleblower, John Kyriakou, whose story and 30-month sentence made national headlines…

Our latest “Hellene of CIA” is Marc Polymeropoulos, former Head of Clandestine Operations in Europe and Eurasia for the CIA, who was inflicted with a strange disease after visiting Moscow…  At the bottom of this post, you can also watch a video where Marc talks about his long experience…

During 26 years at the CIA, Marc Polymeropoulos spent a lot of time in rough places, like war zones in Iraq and Afghanistan.

But he never suffered any harm until December 2017, when he was sound asleep at a Marriott Hotel in Moscow near the U.S. Embassy.

“I was awoken in the middle of the night,” recalled Polymeropoulos, 51. “I just had incredible vertigo, dizziness. I wanted to throw up. The room was spinning. I couldn’t even stand up without falling down. I had tinnitus ringing in my ears.”

He suspected a bad case of food poisoning and carried on with his 10-day trip. The visit included meetings with senior Russian intelligence officials, a common practice despite the long history of tense relations between the two countries and their spy agencies.

Brain Scans Find Differences But No Injury In U.S. Diplomats Who Fell Ill In Cuba

But a second bout hit a few days later. Polymeropoulos canceled his remaining meetings and felt fortunate to make it back onto a plane to the U.S.

At the time, Polymeropoulos was settling into a new, senior position at CIA headquarters. After many years in the Middle East, he had become the agency’s No. 2 official for clandestine operations in Europe, including Russia.

But a couple of months after he returned from his Moscow trip, in February 2018, he began suffering crippling migraines that still plague him constantly.

“I started this kind of an incredible journey of seeing multiple doctors, multiple MRIs and CT scans and X-rays,” said Polymeropoulos, whose story was first reported in GQ magazine. “Ultimately a neurologist diagnosed me with occipital neuralgia.”

This nerve inflammation in the back of the head would explain his headaches, though it’s not clear what caused it.

Polymeropoulos is not alone.

Since 2016, more than 40 U.S. diplomats who worked at the U.S. Embassy in Havana and more than a dozen at U.S. consulates in China have complained of a range of symptoms that also include balance issues, ringing in their ears and memory loss. More than a dozen Canadian diplomats who served in Cuba in 2017 reported similar symptoms.

Polymeropoulos is the first to link his illness to Russia. He says a CIA colleague who traveled with him to Moscow in 2017 suffers similar ailments. In addition, several CIA officers working on Russia issues elsewhere in the world have also been afflicted, he said. Aside from Polymeropoulos, the others are still at the CIA and have not spoken out.

A car drives past the U.S. Embassy in Havana in 2019. More than 40 Americans working at the embassy suffered from unexplained ailments that included headaches, balance problems and memory loss.

“One of whom I know very well and has been really severely affected,” he said.

The bottom line: doctors say the ailments are real, but they don’t know what’s causing them, and they have not found evidence of traumatic brain injury.

In addition to the medical mystery, there are also political questions about the so-called Havana Syndrome.

Sen. Jeanne Shaheen, a New Hampshire Democrat, said her office has received complaints from employees who served abroad for the State Department, the Commerce Department and the CIA.

Some have not been treated well, she said, and she wants to know if this is related to political sensitivities in dealing with Cuba, China and Russia.

“Some of the employees were doubted when they reported their symptoms. Some were pressured to stay silent. Some were ostracized and reprimanded for saying they were sick,” Shaheen said. “So I think that is one of the very real questions. Why were some people treated differently than others? Did it have anything to do with our policies in various countries?”

“There were no politics attached to this. The suggestion somehow is that we didn’t protect our officers because of some larger political objective. That is patently false,” Pompeo said when asked at a recent press conference.

The State Department commissioned a study last year by the National Academies of Sciences, which handed in the report in early August.

But the findings have not been released, much to the frustration of Dr. David Relman, the Stanford professor who chaired the study.

“I am quite puzzled and and somewhat dismayed that it has been this long with really, silence,” Dr. Relman told NPR. “We spent a year of pretty hard work addressing some really tough cases and tough problems.”

Dr. Relman expects the report to be made public, as is the tradition of work done by the academies.

“A number of people here were grievously harmed and are suffering still. So I think this is a really important issue, even if we can’t give you an easy answer,” he said.

Unproven theories have been circulating for the past few years.

The leading one is that U.S. officials were subjected to some sort of sonic or microwave attacks by foreign governments. Perhaps the intent was to injure them. Or maybe the aim was to steal secrets from their phones and computers, and the officials were just collateral damage.

Russia, China and Cuba have all denied any such actions.

With great reluctance, Marc Polymeropoulos retired from the CIA last year at age 50.

He believes he was attacked during his 2017 visit. But he acknowledges that there’s no proof at this point, and said his focus is on regaining his health.

“I just couldn’t sit at a computer or go to meetings. The headaches were just too debilitating,” he said.

Polymeropoulos is a burly, bearded guy who spoke with me on his front porch in northern Virginia. An American flag hangs out front. Halloween decorations frame his suburban home. He stresses that he’s not a disgruntled former employee. Far from it.

“I spent 26 years in an organization that I still love. I have dear friends there,” he said. “I was a very successful officer who retired in the senior ranks. So the idea of talking about this publicly is really difficult for me.”

Polymeropoulos was examined by the CIA medical staff and then by many private doctors, but the headaches continue to plague him. After a lengthy back-and-forth with the CIA, he was allowed to enroll in a study at the National Institutes of Health in Bethesda, Md. But it’s just a study. What he wants is specialized brain treatment across the street from the NIH — at the Walter Reed National Military Medical Center.

Walter Reed is cutting-edge when it comes to treating traumatic brain injuries, a testament to its vast experience in dealing with wounded troops from Iraq and Afghanistan.

“I’ve asked [the CIA] repeatedly over the last year to send me to Walter Reed, and they have actively rejected this, which to me is is kind of mystifying,” he said.

The CIA declined to discuss the specifics of his case, but said, “The CIA’s first priority has been and continues to be the welfare of all of our officers.”