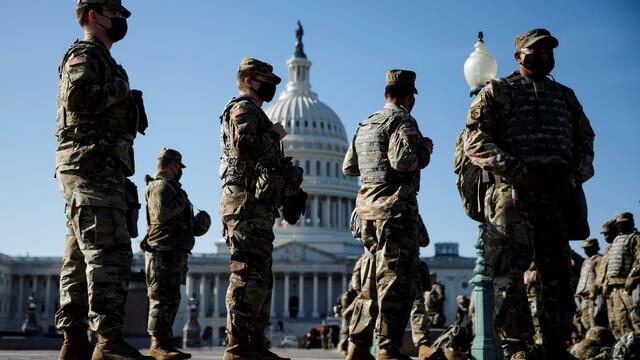 I am not the first who thought and said the above, am I?  I think I have put in my title the thoughts we all share these days… And since I am in an autobiographical mode lately let me start with this: I was about 6 years old on the early morning of April 21st, 1967, when the trembling of our whole house and the deafening rumble threw our whole neighborhood (in Pireaus, Greece) out of bed… What was it? A lineup of military trucks and tanks was using the main avenue on their way to central Athens to abolish democracy…  And yes, my friends, just watching 25,000 of our soldiers with all their heavy trucks and equipment occupying every public space in Washington DC, I have exactly the same feeling: Democracy is abolished – and it is not the 250 rioters who entered the Capitol who are responsible.

A DC worker said it best: “If you need all this to protect your inauguration from the people, maybe the people didn’t elect you!” – (here you can watch his VIDEO) 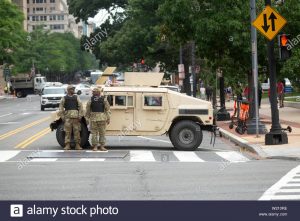 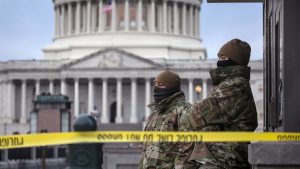 The Capitol rioters served as an excuse not only for inviting the troops but also for imposing censorship. People like yours truly who have experienced authoritarianism know that these two go together… When Merkel and Bolsonaro and so many other world leaders denounce social media censorship against President Trump, while our political establishment (not only the left but also some in the right) stays silent, then we have proof that American democracy, as defined by the Constitution, does not exist anymore…

And this my friends, is the number one reason why Biden’s inauguration feels like a funeral… It is a funeral for American Democracy…

There are other reasons why Biden’s inauguration has the feeling of a funeral… And it is more the funeral of American exceptionalism, American power, and America as the Beacon of Freedom around the world.

I would like you to imagine for a moment that you are a Taiwanese or South Korean or even a Japanese resident feeling the heavy breath of the Chinese Communist Dragon upon your neck… Do you feel any security with the “recycled” Obama team in the State Department? Or you are preparing your luggage to emigrate to Australia?  I am not even trying to be in the place of Egyptians and other Arabs who lived the horrors of the Obama-Clinton foreign policy with the “Arab Spring” and the promotion of the Islamic Brotherhood across the region…

And to make it more personal for us Orthodox Christians, try to be in the position of the 70% of our Ukrainian brothers and sisters under Metropolitan Onufriy (Moscow Patriarchate) and try to imagine how they feel with the return of Victoria Nuland in the State Dept.  Should they expect another event like Maidan Square? How many more of their churches will be taken away from them or destroyed?  This is why they turn more and more towards Russia (please read our today’s post on the issue)…  And if I was in Greece or Cyprus I would not feel at ease at all with all those “pro-Turkish” actors in the new State Department… (You can read our today’s post by Giorgos Harvalias – in Greek). 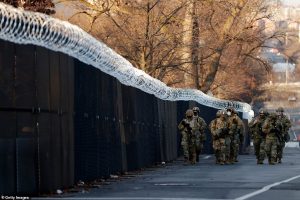 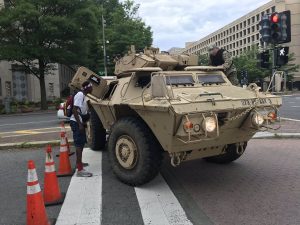 But the “funeral-like feeling” is the strongest domestically.  Already most business people are planning ahead for a steep downturn of the economy in the second half of 2021.  We just had the worst Christmas season in history for retailers…  The useless and corrupt bureaucrats surrounding Biden do not inspire any confidence in handling anything in an expedient and rational, business-like manner.  From the pandemic to foreign trade, and from minimum wage to taxation to the environmental policy they are intent on destroying the best American economy in recent memory.

And then you have Biden himself: the personification of a man’s biological, mental and, above all, moral degradation (after 47 years of bribery schemes in the “swamp”), he is dragging his cadaverous existence in public view, once or twice daily, spreading a stench of disintegration all over the country.

And leaving all of us exasperated raising our hands to the heavens and trying to find solace in the words of Jesus: “My Father, if it is possible, let this cup pass from ME…”