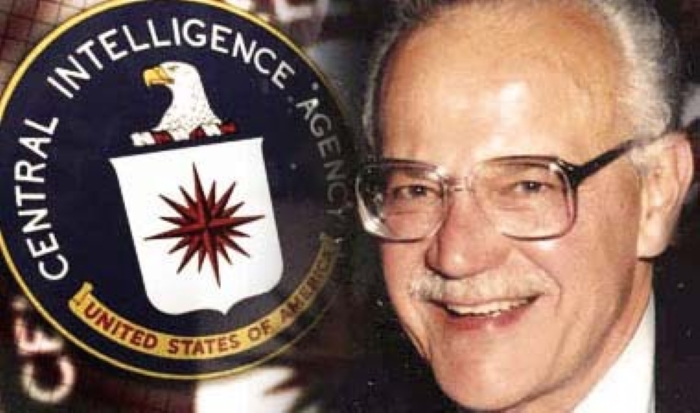 I still today remember the loud chants, us, second-year disillusioned socialist youths of the University of Athens in 1980 were singing towards the side of the Communist devotees of the Communist Party Youth (the “fateful” KNE): “Your next (annual) festival should be held in Kabul…”  We were ridiculing the “internationalist” fever of the communists, a trait that the Left has very little changed even today. Little did we understand then that the failed involvement of the Soviet superpower in Afghanistan would be considered by historians today among the top causes for the fall of Communism in the 1980s (the Soviets withdrew from Afghanistan in 1989).  As “socialists” we generally believed in social justice but our “world view” was practically never wide enough to encompass such hard-left ideas as the “the international worker’s movement”.  Hindsight clarity leads me now to believe that we were much closer to Christianity than to the machinations of Trotsky and the internationalist “class struggle” leaders.

A decade and a half later, as I delved into studying modern politics of Greece and Cyprus, and specifically what pre-dated the Turkish invasion to Cyprus, I came across the personality of Gust Avrakotos, the CIA officer in Athens, who convinced in 1974 the dictator Ioannidis to organize the nationalist coup d’etat against Arch. Makarios, promising him that “the Americans will not allow Turkey to invade the island”… Initially we were all looking for a villain for the Cyprus catastrophe and we found it in the Ioannidis-Avrakotos relationship.  Many years later, after reading a lot about Gust Avrakotos and the other “Greeks” at the CIA I realized that many among them (including the later director of the Agency George Tenet) were known for their fervent anti-communism and their loud, outspoken, daring, unconventional, anti-establishment (typically “Greek” I have to say) behavior…

Here is an excerpt of his Wikipedia biography  (an excellent reading…) – discussing his way of connecting to the Greek dictators: Avrakotos lunched with the colonels regularly and socialized with them in the evenings and at weekends. He also provided both officially sanctioned advice, and more practical suggestions that have no official backing: when Andreas Papandreou, the former prime minister of Greece, was incarcerated, Avrakotos gave them the official message (from DC) that Papandreou should be allowed to leave the country for the US, and also unofficially advised them to “shoot the motherfucker because he’s going to come back to haunt you”. This moment depicts the essence of his behavior later on, including his participation in the most significant CIA covert operation ever, “Operation Cyclone” in Afghanistan which later became known as “Charlie Wilson’s War”, from the famous Tom Hanks movie (2007). And let me just note here that today Andreas Papandreou is perceived by most Greeks as the politician who single-handedly led the country to the current financial disaster…

Gust Avrakotos, had a central role in “Operation Cyclone” in arming and training the mujaheddin in order to fight the Soviets.  He cooperated with another maverick, senator Charlie Wilson of Texas.  He bought AK-47 from Egypt, mules from Cyprus, and loaded a boat destined for Karachi, the Pakistani port closest to Afghanistan… The whole operation got its “teeth” when maneuvering through Congress they were able to get the funds and arm the mujaheddin with shoulder-fired stinger missiles, which easily destroyed the soviet fighter jets and helicopters.  The $2 billion annual cost of the war and the heavy losses forced the Soviets to exit Afghanistan in 1989 and soon after, the end of Communism arrived…

I know Helleniscope’s audience loves a good spy story and I strongly recommend watching “Charlie Wilson’s War” – an entertaining movie with great usefulness today as we re-examine American involvement in Afghanistan.  Gust Avrakotos had the right concept: Minimal involvement respecting the fighting spirit and the social structure of the locals who have been defeating invaders for thousands of years. The Us should have learned a thing or two from Avrakotos (and also from the British Empire) and should have established minimal involvement, respecting local social structures, and planning a long-term presence. Alas, the military-industrial complex prioritizes making money first and cares less about anything else, – especially the tradition and history of any place they happen to have a war.

If there’s one constant in the extraordinary, almost mythic story of former U.S. Rep. Charlie Wilson, who was instrumental in bringing about the defeat of the Soviet Union in Afghanistan, it’s that it is shot through with irony after contradiction, and contradiction after irony.

If there’s one constant in the extraordinary, almost mythic story of former U.S. Rep. Charlie Wilson, who was instrumental in bringing about the defeat of the Soviet Union in Afghanistan, it’s that it is shot through with irony after contradiction, and contradiction after irony.

The True Story of Charlie Wilson

– was an 11-term congressman from east Texas best known for his antics at parties and in the bedroom, rather than the halls of Congress.

“I just think it’s miraculous that they got to make this story,” Wilson said of the Nichols film. He said he was pleased that Nichols used comedy to tell his tale.

“I was happy about how it turned out,” he said. “Most of the [recent] war movies have been such disasters,” he said, primarily because they were so “weighed down by their self-importance.”

Wilson especially delighted in Hanks’ portrayal of . . . Charlie Wilson. “Hanks did a great job” playing the playboy, Wilson said with a laugh on the phone from New York, where he is publicizing the DVD.

A playboy for sure, but Hanks – well, Wilson, really – ends up being much more than a just a party monster.

Beginning in 1980, he single-handedly masterminded a 10-year covert operation to fund, train and arm the mujahideen in their war against the Soviets in Afghanistan.

Wilson’s gambit, which historians consider the single largest covert CIA operation in history, in cost and time, gave the mujahideen a fighting chance against a vastly superior military force. Because of Wilson’s machinations, Afghan fighters, who began the war using ineffective World War I rifles, were able to square off against the Soviet Union’s deadly Mi-24 Hind helicopter gunships, which daily laid waste to their villages, killing men, women and children indiscriminately. (Nichols’ film does a powerful job of showing the brutality of the Soviet troops, who actively targeted children and other civilians.)

By 1989, the mujahideen had accomplished the impossible, forcing a superpower to withdraw its troops.

“We helped bring about changes of biblical proportions,” Wilson, now 74, said. “It was a great day. . . . We brought down the evil empire.”

Some officials in the Pentagon and the CIA have argued that Wilson’s project was central to the collapse of the Soviet Union in 1991, two years after its withdrawal from Afghanistan.

The ironies abound: Though Wilson ended his congressional career in 1997 a national hero, his professional life until 1980 was a singularly undistinguished one.

As Wilson boasts today, he graduated from the Naval Academy in 1956 eighth from the bottom of his class. Reportedly, he received the second-highest number of demerits in the academy’s history.

“To this day, John McCain and I fight over who had the most demerits,” said Wilson, who was two years ahead of the Republican presidential candidate.

In 1972, after having served 12 years as a state representative in Texas, Wilson entered Congress, where he soon came to be known as “Good Time Charlie.”

The tall Texan, who embodied that rugged, sexy Marlboro Man look, was a social liberal and a fierce anticommunist. But above all, he was a self-described boozy skirt-chaser. Wilson make no secret that he’d rather spend his time “chasing women and drinking whiskey.”

Some would say Wilson took his shtick too far: His congressional staff consisted entirely of bodacious young women. (And, yes, he referred to them as “Charlie’s Angels.”) By 1979, Wilson had the distinction of being named one of the 25

Need more irony? Wilson converted to the Afghan cause – and thus became a hero to the mujahideen, who were, for the most part, ultra-conservative Muslims – one night in late 1979 while he sat in a hot tub in a Las Vegas hotel suite with a Playboy cover girl, a would-be Hollywood producer, and two other naked women. Wilson’s curiosity was piqued when he noticed an unshaven Dan Rather on TV sporting what appeared to be a turban.

As Rather went on to explain in that fateful

report, he was living and traveling with Afghanistan’s “holy warriors,” or mujahideen, who were determined to fight the Soviet invaders regardless of the cost or outcome.

As it happened, Wilson had a seat on the House Appropriations Committee, which is responsible for funding both the Pentagon and the CIA.

Within days, he doubled the CIA’s covert budget for aid to the Afghan rebels from a paltry $5 million to an equally paltry $10 million.

By 1984, Wilson, who had teamed up with a maverick CIA agent named Gust Avrakotos (brilliantly played by Philip Seymour Hoffman in Nichols’ film), was appropriating more than $100 million. By 1989, the budget had ballooned to a billion dollars.

Wilson helped arm the Afghans by forming an unlikely coalition with Pakistan, Israel and Egypt to divert captured Soviet weapons. Financial help came from the Saudis who matched the CIA’s budget dollar for dollar.

The cowboys who ran the mission answered to virtually no one – a fact that raises a disturbing political question: How could an elected official bypass scrutiny from the CIA brass and avoid congressional oversight to such an extent?

What’s more, in the most glaring irony in his life, Wilson ended up arming a people who eventually used our guns against us, since the Taliban descended from the mujahideen.

“I have no regrets,” Wilson said.

Wilson did say that he was deeply angered by the fact that once the Soviets left Afghanistan, so did the U.S. aid that had become integral to the Afghans’ survival.

“I wanted us to spend the money to reconstruct the country,” said Wilson, who was turned down by the appropriations committee when he sought $1 million for school reconstruction. “And we could have done it for a half a billion dollars – which is nothing compared to how much the war on terror has cost us.”

Wilson, who said the Iraq war has been “a terrible mistake,” said he hoped the nation learned from its mistakes and would help rebuild Afghanistan.

The True Story of Charlie Wilson