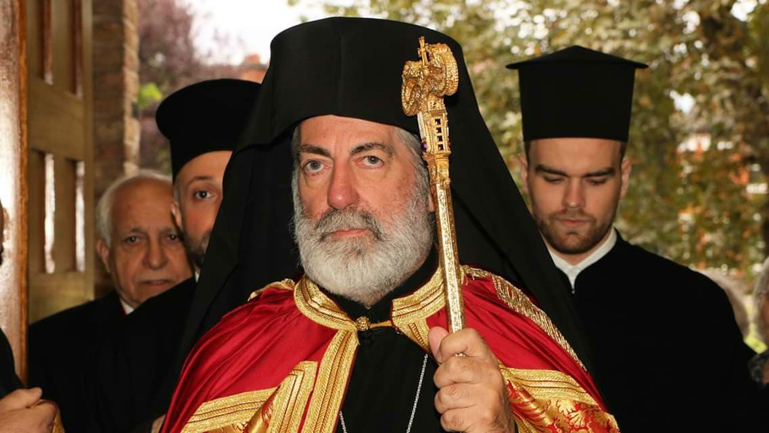 I think I have a lot of company when I suggest that AB Elpidophoros’s days in America are numbered.  Frankly, few can reasonably expect that any archbishop would survive as a leader after what he did. This community has forged a very strong identity through many decades by its support for Greece and Cyprus.  What the Archbishop did was to demolish in one hour what was built by dedication and hard work during the last one hundred years.

The best way to explain the whole situation without repeating myself would be with a question:  Do you know who else is also equally disappointed by this situation along with us Greeks and Cypriots? The Turkish Foreign Ministry and Intelligence Services.  Yes my friends, do not be surprised.  They have been investing in Elpidophoros Lambriniadis for over a decade – and let me tell you, they are very professional and they enjoy the highest reputation. Take a look at the 36-floor “Turkish House” they built across from the United Nations at a cost of $300 million.  If this does not describe their professionalism to you, nothing ever will… A look at this 2012 article from Hurriyet, a top Turkish newspaper, will tell you that they were preparing Elpidophoros for at least 10 years, while this piece from Veterans Today – we were among the first to publish it – shows that he was known to be an agent of Turkish Intelligence… His latest actions become very clear when analyzed in this background.

By now we know that last Monday AB “Elpidoktonos” was warned by Greek diplomats not to attend but he responded: “I am not working for the Greek Government”.  He knew that Turkish Cypriot leader Tatar would be there and he ignored it.  As Tatar put it later, Elpidoktonos “is a Turkish citizen and he had an obligation to be there!..”  All this in the background of turning the Hagia Sophia into a mosque… My friends, do you get the same chills in your back as I do when contemplating how many Archbishops and Metropolitans of the Patriarchate around the world are Turkish citizens?

One thing is for sure: The Turks have lost their investment in Elpidoktonos and it will cost them dearly: their plans to put all Greek Diaspora under control are on hold now.  For his remaining days in America, AB Elpidoktonos will be forced to act and talk like the most patriotic Greek-American that you know.  One more, even small, misstep, and he will be on his way to JFK to catch the next flight out to Istanbul.  The same holds true for his successor – and this is certainly a reprieve for our community.

Who would that successor be?

Patriarch Bartholomew’s position is very weakened at the moment as many, including yours truly, support the relocation of the Patriarchate to Greece, leaving a few clergymen, some offices, and museums behind for the time when the Turks (are forced to) become a “civilized country”.  The Patriarch has to make some very serious decisions in the weeks and months ahead.  The clear possibility of two mediocrities (Elpidoktonos or Emmanuel – formerly of France) to succeed him is a sign of the coming downfall of the Patriarchate of Constantinople. The only reasonable solution would be to open up the candidacy to other Orthodox, among many other difficult decisions.  But let’s leave these decisions to the Patriarch. In the meantime, he has to send a replacement to America if he does not want to lose this Church and community completely.

The best choice among the names I heard recently is Nikitas (Loulias), Αrchbishop of Thyateira (United Kingdom), an American-born clergyman, checking most of the boxes the Greek-American community would demand after the Elpidoktonos debacle. He will certainly not have any inclination to support the Turks, as he had enough experience at the office of Michael Bilirakis (Gus Bilirakis’ father) in DC to know very well all the “Greek” issues at hand.  There are other names of course…

More important than installing a new archbishop is the way this should happen. The Patriarch has a great opportunity in his hands as he is holding under consideration the new Charter of GOARCH.  Many rumors have circulated that some form of administrative autonomy for the Church is being discussed – although the Patriarchate is always interested in something more than spiritual control.  Karloutsos and Co. are trying to satisfy the financial demands through the establishment of the “Bartholomew Foundation”.  When the Patriarch finally decides that the Church of America will NOT EVER AGAIN be governed from Istanbul, then the final solution will be much easier to settle. This final solution will provide for the election of Archbishop and the Bishops or Metropolitans by a clergy and laity conference, demanding that our leaders are either born here or have many years of service in America.

The Patriarch can certainly ignore all the voices suggesting autocephaly/autonomy.  But the cost will be the loss of this Church to the Patriarchate one way or the other.  I have heard many desperate suggestions on how the faithful will react, ranging from collecting signatures, demonstrations, all the way to a class-action lawsuit.  All reasonable people are hoping the worse will be avoided.