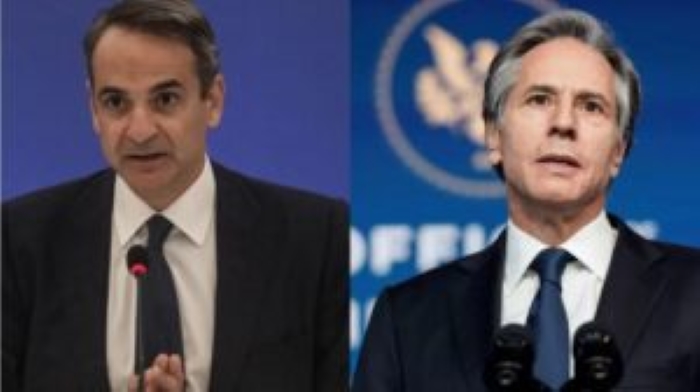 EDITOR’S NOTE (Nick Stamatakis):  There have been three occasions since 1974 when American Heads of State have delivered significant letters to Greek Prime Ministers, regarding American guarantees of sovereign rights of Greece.  This is the 4th one and, although the wording is very strong as you will see below, we should not make the mistake to interpret it as equivalent to the France-Greece defense agreement which came with contractual obligations.  A letter does not have the same effects as a government-to-government agreement and it is not binding – it just a promissory statement.  A similar letter of 1990 was proved ineffectual a few years later in 1996 when the Greek-Turkish crisis at Imia appeared. The US then took a position of a “Pontius Pilate” between Greece and Turkey.

What makes this letter significant is the change of circumstances. After the signing of the France – Greece deal, the 5-year MDCA between and the US, along with the several tri-lateral and multilateral agreements Greece-Cyprus-Egypt-Israel-Jordan-US in the Eastern Mediterranean where the US frequently takes part as a regular party, make a US intervention in favor of Greece very likely the next time a military episode erupts with Turkey as an instigator. 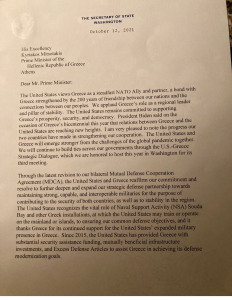 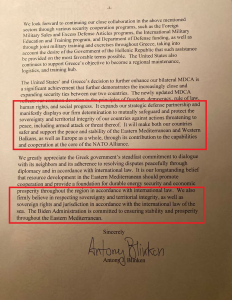