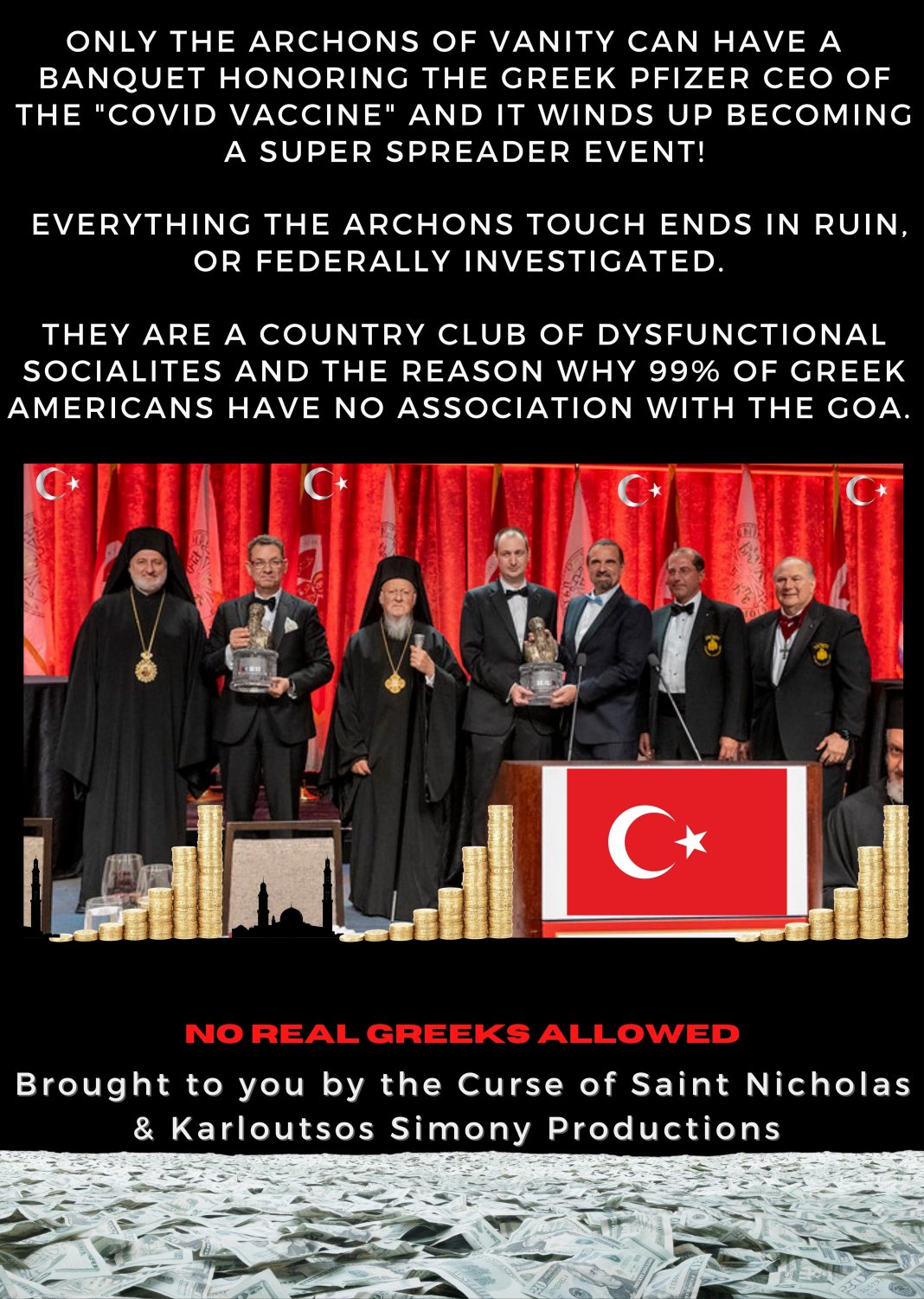 It’s hard to count the ironies and the double standards… What’s the truth about the health of the Archbishop?

In a report just two days ago we noted the irony of the major super-spreader event on Saturday, Oct. 30 (along with other events during the “Archon Weekend”): While the major purpose of the event was honoring Greek Pfizer CEO Albert Bourla (and also two Regeneron scientists, Yancopoulos and Kyratsous), the event ended up being live proof for the ineffectiveness of the vaccines! 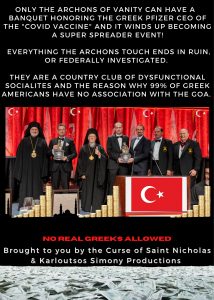 Many questions arose regarding the health of AB Elpidophoros. In the beginning, it was announced that he was not feeling good as he was very tired… Then he was reported to have been diagnosed with “vertigo” – but a day later “he was feeling much better and resumed his schedule”… Considering the similarities of “vertigo” with covid symptoms, his fast recovery, and taking into account the above names with whom the Archbishop must have had close contact that night, it’s not hard to question whether he actually had covid and not vertigo. Why would he hide it? It is more than obvious… The “superspreader Archons Weekend” was already a public relations disaster, there was no need to add to it the infection of a vaccinated Archbishop…

Then take a look at these photos below from the Archons Dinner of October 30: Do you see anyone wearing a mask? No, you do not.  Why should they, they are all vaccinated, you would think… Yes, with some …exceptions.  It turns out that several unvaccinated clergy and laity were allowed to enter – obviously violating NYC covid rules… Again, the elitist mentality at GOA in all its glory: Rules for thee but not for me... We are getting reports from many churches where ALL the faithful are supposed to wear masks… Why the double- standards AB Elpidoktonos? 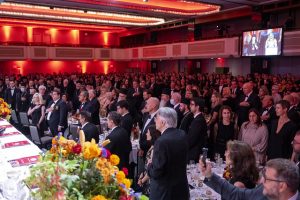 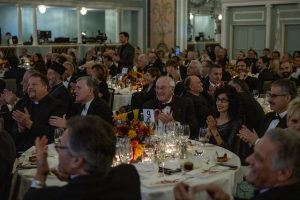 The ironies and the double standards are so many – they are hard to count… Let’s recapitulate:

Yes, my friends, those of us who have faith truly believe that we have seen one more divine intervention By Saint Nicholas himself!!