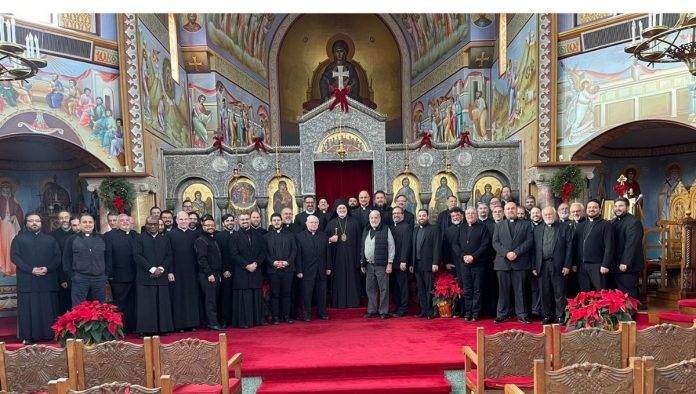 EDITOR’S NOTE (Nick Stamatakis): This is an anonymous letter by our Clergy, a letter that TNH refused to publish (justifying their journalistically atrocious action with a commentary “Truths but Anonymous” by the “theologian” Kalmoukos). As if TNH and the “theologian” do not know what it would mean for any priest to publish complaints of any sort against the hierarchy: next opportunity, he would be transferred to a parish on the other side of the country, and he would have to drag his presbytera and children with him… In any case, the priests explain the anonymity in the post scriptum…   But the most important part of the letter is its call to action at the end of it: 1) Question the party line. 2) Protest appearances by Archbishop Elpidophoros and his representatives. 3) Support Each Other. 4) Pray.

Let’s listen to our priests – they are telling the truth…

The Parable of the Sower was front and center during this year’s Clergy-Laity. Seemingly
everyone from elder Metropolitans to secretaries received the same icon. What does it say
about the competence and creativity of the current staff running the Archdiocese that
almost no thought was put into purchasing meaningful gifts for the “honorees”?
In the Parable of the Sower, we learn to take care for how we cultivate the earth of our
hearts, and to do so, our Lord offers some cautionary examples. The seed falls on rocky
ground that is too shallow to take root. Some seed falls among thorns that choke out the
good efforts. Other seed is devoured by demonic birds. Ironically, these mass-produced gifts doled out by the Archbishop, with the same ease that he doles out pectoral crosses and “this or that” of the Patriarchal Throne, are a self-condemnation.

Truly – what administrative unit of the Church in what jurisdiction has shown itself to be
more shallow, thorny, or full of vultures in the past three years than the Greek Orthodox
Archdiocese of America?

The current Archbishop of America and his court are obsessed with image. Management of social media accounts is outsourced to paid professionals, official portraits are more heavily airbrushed than the cover of People magazine, and detractors are blocked or hidden. It doesn’t matter if anything of substance is said or done, it only matters how it is perceived. The reality is that the Archdiocese and its institutions are more broken than ever. Instead of tackling issues and working towards long-term solutions according to a plan, a series of band-aids have been applied to a terminally ill organization.

The current Archbishop and his “court” – a sick imitation of the Patriarchal court in
Constantinople – must have good press and must have a good image. Why? It is the key to
the current Archbishop’s ascent to the throne of Constantinople. History shows that
coverage in the American and Greek press both made and broke Archbishop Iakovos and
Archbishop Spyridon. The current Archbishop understands this, so instead of trying to
serve the Church, he is more interested in serving his own ambitions. If the Greek
government or the Turkish government doesn’t think he is a failure, he can become the
next Patriarch. If the faithful in the United States do not put up a public fight, he can
become the next Patriarch.

Archbishop Elpidophoros wants to cement his future using the techniques of mediocre
politicians. Sadly, many people fall for these cheap tricks. They don’t see past the surface
projection to understand the reality of the situation. Many, if not all, of the early “wins”
that Archbishop Elpidophoros has claimed to demonstrate his success are in fact total
failures. Look into any of them and see the truth for yourself: Clergy-Pension Fund, HCHC,
and the “unity” he’s brought. Consider the consecration of a half-finished National Shrine of St. Nicholas. What reason was there to perform the rite of Consecration for St. Nicholas other than for the Archbishop to add another feather in his crown? It won’t be liturgically functioning as a parish for quite a while and there is money that is still owed on the project. All other parishes wait for a mortgage burning for the consecration – why was this different? Think about it this way: the spiritual leader of the Greek Orthodox Archdiocese used a sacrament, a mystery of the Church, to solidify his own image of success. No one else could find it even conceivable to use the relics of a great saint, holy chrism, and the mysteries of our Church for a shallow PR stunt.

Any good that was planted during the past three years has been choked out by the
incompetence of the Archdiocese and the current Archbishop. Archbishop Elpidophoros has
brought some of the least talented people from the Orthodox world to our shores. They have no real skills or talents, but they are blindly obedient to him. This blindness leads to a
system of mediocrity – an ecclesiastical version of North Korea. Loyalty to the Archbishop
leads to promotion through the echelons, while people starve spiritually in dying parishes
like prison camps. These imported clerics that have been transplanted here attract to them
the least talented people from our soil: plagiarists, liars, unstable personalities, and
shameless self-promoters.

The Greek-Americans and GOA clergy that would otherwise be excluded from positions of authority have power now, having found an easy way to climb ladders: sucking up. Any threat to the new system that they are building is met with thorns. They snuff out any earnest attempts to do good and preserve the future of the Archdiocese. Their tendrils wind around the throats of the naïve, pressing in, choking, and cutting till the good efforts are squashed. We see these thorny tendrils in the Archbishop’s fingers twisted in the top of his pateritsa, we see them in the manicured hands tapping away on phone screens spreading lies through WhatsApp messages – texting with the Archbishop like he is a gossip girl from junior high, we see these thorns in the glittering teeth that smile and then bite with venom.

Spiritually, the demonic birds are swooping in, screeching with talons, ripping up the seeds
of the Word of God in the GOA. The devil and his servants are given free reign, they are
invited in to ravage the faithful by the impious and immoral actions promoted by
Archbishop Elpidophoros. Our Archbishop encourages fighting, divisiveness, and anger. He
yells at people with hate and rancor when he does not get his way. He invites scantily clad
pop singers to lead the faithful, even the clergy, to writhing in the darkness of a nightclub
as a “celebration” of the Centennial of the Archdiocese. He mocks the idea of going to
Confession at clergy retreats, boasting that “In the Poli no one confesses.” He uses the
sacrament of baptism to promote lifestyles that fly completely in the face of our Tradition.
The joining of innocent babies to the Church is not an issue (God grant them every good
thing) but the use of this holy mystery to condone and promote the lifestyle of their “family” is despicable.

Through his actions and leadership, he has opened the door for the devil and his demons to
fly among us. Is there a greater evil than to defile the Church by using Her to “bless”
temptation and leading the faithful to sin?

• Question the party line. Recognize the plastic smiles. Understand that image is the
only thing that matters to anyone. The seed will continue falling on this shallow,
rocky earth of narcissism for as long as we the Greek Orthodox faithful buy into
these cheap tricks. Don’t be tricked by smoke and mirrors.
• Protest appearances by Archbishop Elpidophoros and his representatives. If you see that he or one of his bishops is going somewhere in your Metropolis: simply don’t go.
Until he can be physically removed, we can at least cut him off from our Church here
in America by ignoring his presence. We can starve him from that rotten milk on
which his ego is nourished: attention.
• Support each other. Many people want to see a change but are afraid of retribution.
We are stronger together. Talk with your friends, your priests, and your hierarchs
about this message. At your next Parish Council meeting, Clergy meeting, or
General Assembly get up and start the revolution in your parish. Many people from
Metropolitans to those in the kitchen baking cookies agree that Archbishop
Elpidophoros needs to go but will not say so publicly. We cannot be broken when we
are defending what we love. We cannot be broken when we are united in an
authentic love for Jesus Christ and our Church.
• Pray. Pray for God to deliver us from Pharaoh, to send us a Moses to lead us from
this subjugation, and for the Archdiocese to be saved.
This is our Greek Orthodox Archdiocese – stay involved, don’t run away to a different
jurisdiction. Continue to strive in earnest for our parishes, built with the blood, sweat, and
tears of our ancestors, to become good earth.

Together we can cleanse our land of rocks, thorns, and birds.

This message is shared anonymously because there is no system to escalate ethical issues
and violations within the GOA. If clergy want to report a concern, there is no legal
protection for whistleblowers, nothing to protect us from retaliation. As a religious
institution we can be fired or punished without any legal recourse to protect ourselves or
our families. Frustrated faithful that wish to see more active, public protests from clergy in
the GOA need to understand that many of us would be suspended and prevented from
serving you in the GOA or another jurisdiction even by one act that can be labeled as
seditious. By banding together to demand a new Archbishop we can also work towards a
future where questioning authority will not lead to punishment.

(1) This message contains facts, not rumors and gossip. We are in positions to know the reality of things 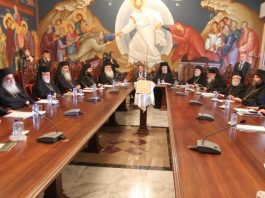 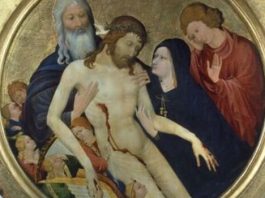 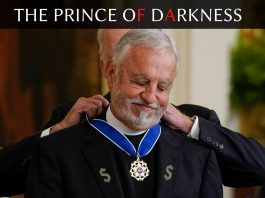 Jerry Dimitriou Cuts A Deal With the Feds!! The Walls Are...