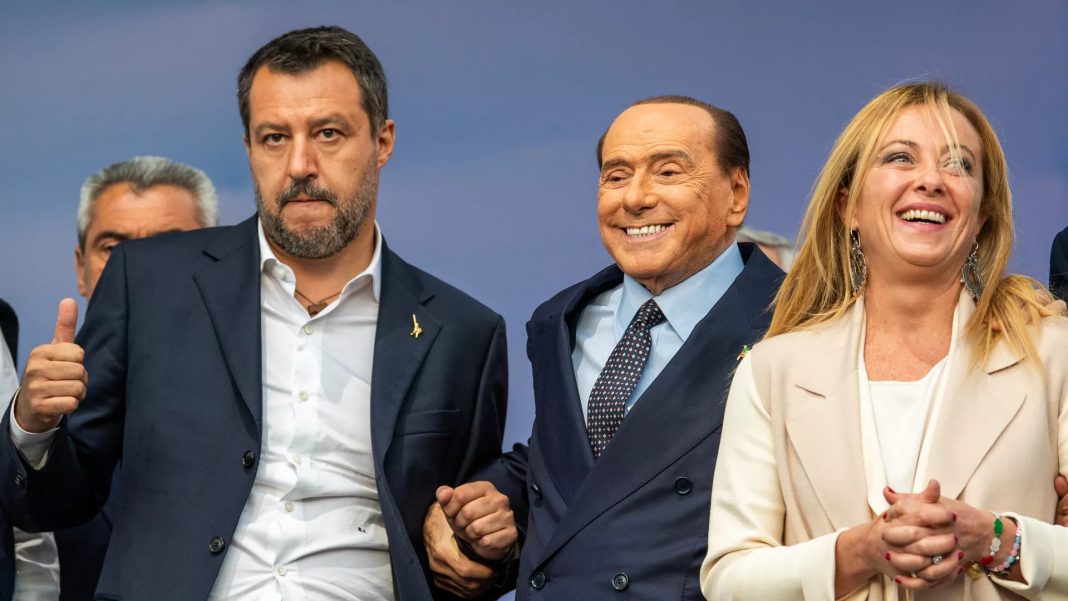 It was an anti-systemic vote of the Italian people today, as most exit polls show… The right-wing coalition of the three parties (led by Meloni, Salvini and Berlusconi) will form a government with a woman as a prime minister, Giorgia Meloni, for the first time in Italian history.

The election results are of historic proportions for many other reasons:

If anyone has any doubts about the true meaning of Giorgia Meloni’s political message please follow this link to watch one of her most powerful videos... Here is what she said: “Yes to natural families, no to the LGBT lobby, yes to sexual identity, no to gender ideology, yes to the culture of life, no to the abyss of death, no to the violence of Islam, yes to safer borders, no to mass immigration, yes to work for our people”…

My friends, this is a message that will echo and reverberate all over the world and especially in the upcoming November elections in America…

BELOW IS THE FIRST NEWS ON EXIT POLLS FROM AXIOS

A coalition of three right-wing parties is on course for majorities in both houses of the Italian parliament, exit polls from Sunday’s general election show, setting the stage for Italy’s most conservative government in decades.

Breaking it down: Brothers of Italy won just 4% of the vote during the last general election in 2018. It will now be easily the largest party with 22-26% of the vote according to public broadcaster RAI’s exit poll. Overall, the bloc won 41-45%, well ahead of the center-left’s 26-30%.

What’s next: Meloni will not necessarily take the top job for herself, and the government formation process often moves slowly.

What to watch: While Salvini and the 85-year-old Berlusconi have both come under scrutiny for their past praise of Vladimir Putin (just last week, Berlusconi said Putin had simply wanted to put “decent people” in charge in Kyiv), Meloni has backed sanctions on Russia and weapons exports to Ukraine.