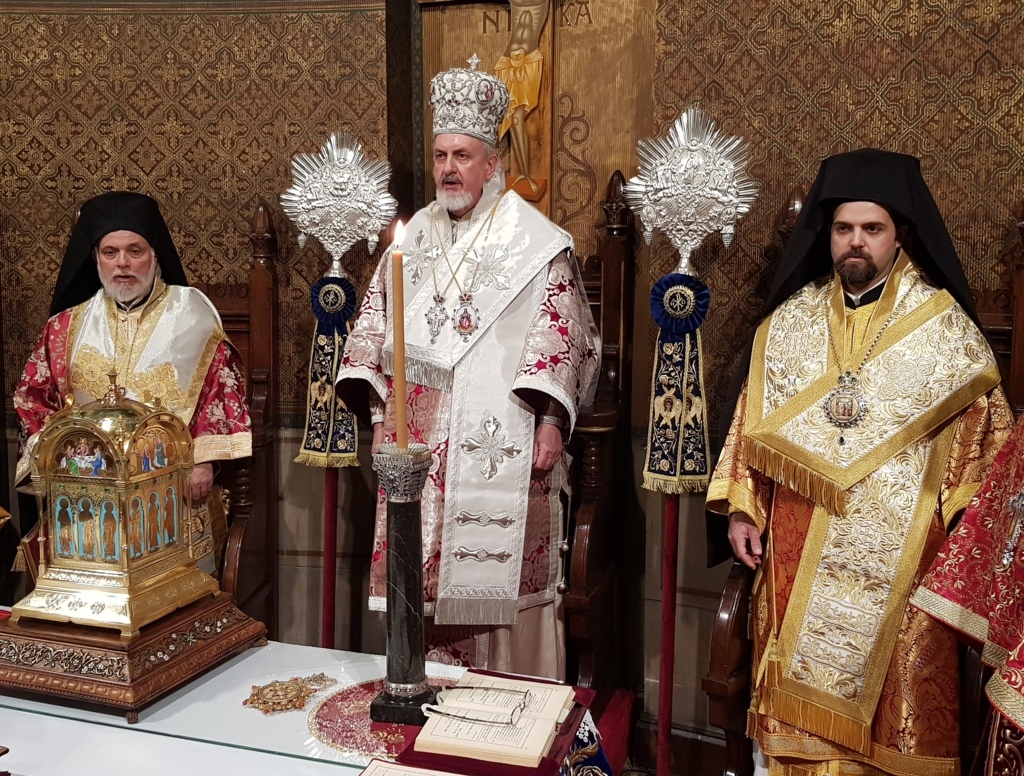 After the passing (on October 16 of this year) of the Metropolitan of Italy Gennadios, a rather usual fight has erupted among the high-priests of the Ecumenical Throne about his succession. And as it happens, the main motivation is nothing less than money, lots of it. The Patriarch has immediately assigned as a temporary replacement Metropolitan Polykarpos of Spain – but it seems that some very “significant others” have their eyes on the Rome seat.

Chief among them is Metropolitan of France Emmanuel, known to all because of his sexual scandals of last year that cost him dearly: he planned to cross the Atlantic and be the new Archbishop of America, a position that, partly because of the scandal, he lost to Elpidophoros. Pat. Batholomew had many reasons not to punish him, as he should have done, by sending him to Mt.Athos. The Patriarch ignored the Paris police reports describing the “escort scandals” in detail and, instead of demoting him, he promoted him along with his “live-in partner” (“live-in” in the building of the Metropolis!!), Bishop of Melitinis Maximos.

After all, Met. Emmanuel, known in Paris as “Manolaina” and elsewhere as “Emmanuella”,  had many important roles to play, the most significant of which was to “finish the job” in Ukraine.  Every time he would come back from Kyiv – which was about 3-4 times a year – he would carry, sources tell us, a suitcase with cash to be deposited into the Patriarchate bank accounts in Switzerland. As we all know from the “Autocephaly” scandals, but also from the Biden scandals (the most recent one involving the “laptop from hell” belonging to Hunter Biden, which linked the Biden family to bribery from Ukraine), Ukraine is one of the most corrupt countries on Earth, a country which offered all kinds of “opportunities” to “businessmen” like Emmanuel, Bartholomew, Karloutsos, and Biden… 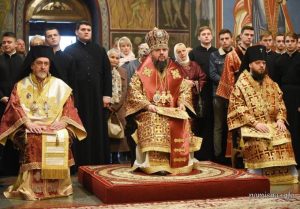 Who is going to be in charge of Rome Metropolis?

But why is the Rome Metropolis so important and why it has attracted the interest of Emmanuel, one of the most “distinguished” for his …”agility” hierarchs of the Ecumenical Throne? The answer to such important questions regarding the Patriarchate is always, always, without exceptions: “follow the money”.  And it is not only the money, many millions, provided by the Vatican to Constantinople… This money, some say, served as the main “incentive” behind the many moves by Pat. Batholomew for “unification” with the Catholic Church.  A move that the faithful in Greece, Cyprus, other Balkan Orthodox Churches, America, and elsewhere reject and detest. Above all, this “unification” move is despised in Mt.Athos…

Recently, the Constantinople hierarchs realized that there were even more millions to be taken by the Church of Italy, about $3 million annually to be specific (2,450.000 million euros a year), as part of the “otto per mille” program of the Italian government. According to this program (link here), a certain part of tax revenue is given to religious institutions, in the form of stipends, with the Catholic Church getting 1.1 billion euros annually or 80% of the program.

The moment Emmanuel realized there was so much money waiting for him in Rome ($250,000 monthly), he started devising his plan to head there, leaving behind in Paris Maximos, who would be promoted to become Metropolitan of France.  We are told that Pat. Bartholomew rejected this idea initially, having learned a very tough lesson last year (during the “Bulgarian escorts” scandal), involving the wild and uninhibited Maximos. How could the Patriarch turn someone with the qualities of a “hairdresser” into a Metropolitan? But Emmanuel insisted and started preparations: He would go to Rome and Maximos would stay in Paris… Nothing could console him from the loss of the “riches” of New York, but if he could split his time between two great European cities with so many “business and pleasure” opportunities, he would be very happy…

After all, they could easily hide everything behind the cover of the intensifying negotiations for the unification of the Catholic and Orthodox Churches. Who would be better to achieve this “Holy Alliance” than the ultimate “Angel of Love”, Emmanuel?

PS. With so many millions available, I am wondering how fast the “National Herald” – and some other “publishers” – will get on the phone with Emmanuel asking for Christmas wishes (usually full-page ads costing $$ thousands) and other “favors”…  I will make a special report on who got the most money in January…