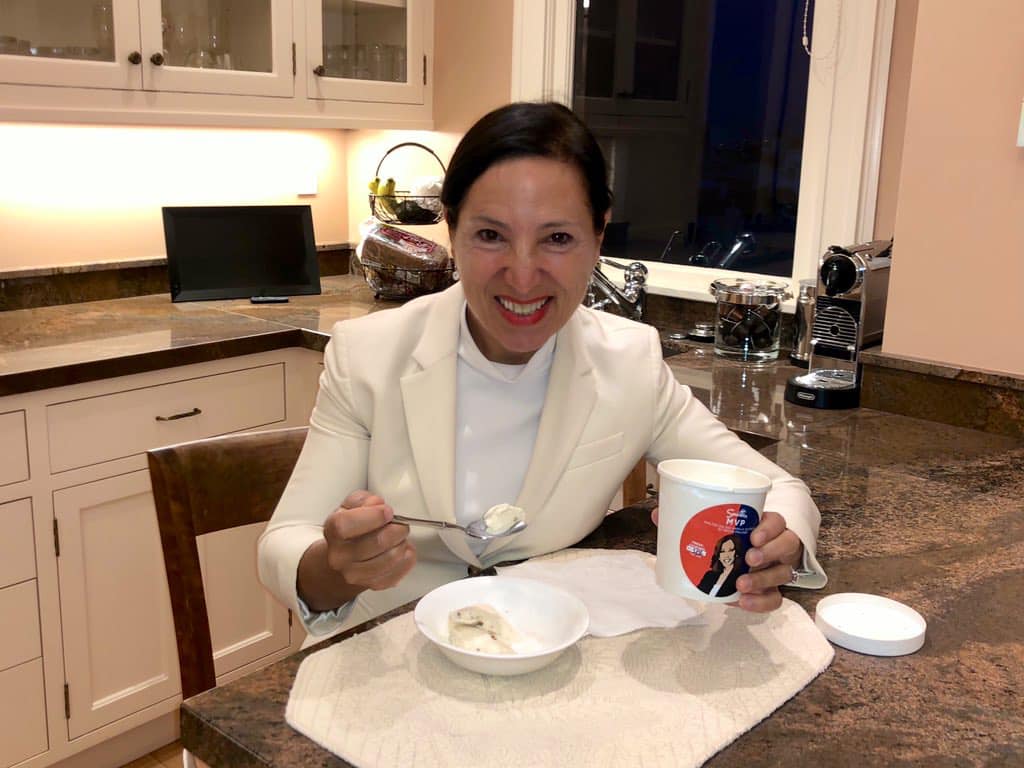 EDITOR’S NOTE (Nick Stamatakis): What’s the story with those Democrats and ice cream? As you can see Eleni Kounalakis’s love for ice cream is on full display here… (PLEASE LOOK CLOSELY AT THE PHOTO: SHE IS EATING “KAMALA” HARRIS ICE CREAM!!) A few months ago Nancy Pelosi did not hesitate to showcase her extra-expensive fridge loaded with even more expensive ice cream…  And then you have senile Joe Biden answering the most difficult question of his campaign – “what flavor of ice cream did he buy”… Are they using ice cream to self-medicate and fight their collective depression? Nobody has ever seen more miserable and “sore” supposed “winners”… 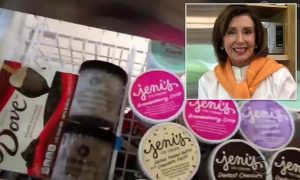 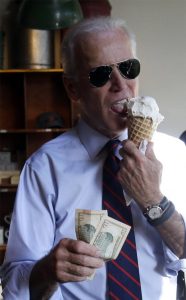 The e-mail reads: “Today was a historic moment for the United States. As President Joe Biden and Vice President Kamala Harris took their oaths of office, I felt relieved beyond words to know that together we restored honor, decency, and competent leadership to the highest offices of the land. Just like President Clinton, I feel like I can sleep again.”

Eleni, are you serious? Kamala Harris slept with a married man, San Francisco Mayor Willie Brown. Due to that affair, Willie gave her a job in the city of San Francisco. Where were her honor and dignity?

Eleni, we have seen evidence of dirty Joe Biden’s sexual assault on his female staffer in the 1980s/90s. Let’s not talk about how the Chinese Communist Party owns Joe Biden via bribes to Hunter Biden. We can talk about ongoing investigations into the Biden family criminal activity in Ukraine/USA. Are these indications of honor and dignity?

“The inauguration of California’s own Kamala Harris as our first woman Vice President is cause for great excitement. The daughter of immigrants, and the first Black and South Asian Vice President, her story is the story of our great state and our great country. I find so much joy in knowing that after today, millions of young children will grow up finding it perfectly normal to have a Madame Vice President. As my friend Kamala often says, she may be the first but she certainly won’t be the last.” 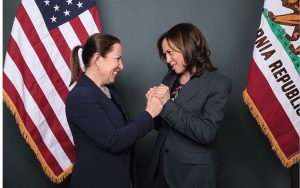 Eleni, your friend, Kamala Harris is not Black. Her ancestry is South Asian with some Irish. Her father says how their Irish ancestor was a slave-owner in Jamaica. Is a European raised in South Africa (whose parents came from Greece) called an African by native Africans? No. Is it honor and dignity to lie about your heritage? Democrats have a history of lying about their ancestry with the most famous example being “Pocahontas” Elizabeth Warren…

“As the country continues to battle the darkest part of the COVID-19 pandemic, California’s leaders can look forward to working with a federal administration who will tell the truth, help us quickly generate and distribute vaccines, and beseech all Americans to PLEASE wear a mask.”

Eleni, you should be ashamed of yourself. We are 10 months into a deadly lockdown by Democrat Dictator Newsom. How many Greek-American small business owners are negatively impacted! You have been silent all these months. You are anti-business! What truth, Eleni? Masks do nothing. Your health and the immune system are what matters. I’m sick of people driving in their cars with masks on. We are living in a dystopia! This was a planned event to bring in a globalist agenda for worldwide tyranny. Common Sense and Questioning is out the door. Why are the Republican-run States open 100% while the Democrat-run States like California are shut down?

“Today President Biden said, “Here is my message to those beyond our borders: America has been tested and we have come out stronger for it”. Let’s go forward toward a stronger, better future for our country and our beautiful state of California.”

Will Biden tell the truth about how he stole the elections? Is this a joke? Is it honor and dignity to steal an election, Eleni? What future? When you lockdown society, businesses are forced out of business! Children are depressed and suicidal because they can’t go to school, church, play sports, and see their friends/families. What beautiful state of California? Homeless drug addicts trash cities and roads. I discourage anyone not to waste money to visit California. The Democrats do not prosecute crimes, so homeless drug addicts are stealing, doing drugs in public, or relieve themselves out in the open with no arrests! Is this a joke? Many are thinking of ways to escape the Venezuela of America (California). I know many people who have left this state. Thanks to Democrats like yourself, you destroyed it.

Both Eleni and Kamala Harris did not obtain their high paid government positions with merit and hard work. Eleni Kounalakis is the daughter of Angelo Tsakopoulos. Angelo’s millions and his connections in Democrat politics bought his daughter the job of US Ambassador to Hungary (Obama Administration), and later Lieutenant Governor. Angelo Tsakopoulos and his family live in Sacramento, California. He is personal friends with Bill/Hilary Clinton. He is a big donor to the local Sacramento Greek Orthodox Church. Whenever Archbishop Elpidoforos visits California, he sleeps at the Angelo Tsakopoulos’\ residence. The Clintons sleep at his residence during visits to Sacramento. Kosta Simitis, Alexi Tsipras, and Andreas/George Papandreou visited Angelo Tsakopoulos in Sacramento. Wikileaks e-mails show Eleni Kounalakis being close friends with John Podesta, George Soros, etc.

Kamala Harris did not use merit and hard work to be an attorney for the city of San Francisco and later Attorney General of California. She walked into the US Senate with no opposition. Kamala Harris slept with Democrat Mayor of Willie Brown in the early 1990s. Where are the Feminist Democrats to expose this shameful background of Kamala Harris and Willie Brown? Silence.

Eleni, please save us your lecturing.